Outside of playing his music, I can find no other way to honor Prince, then probably one of the funniest sketches in comedy history. Take it from her Charlie…and RIP to the icon Prince.

These guys have been hitting on all cylinders this season. The fact they are not living in a vacuum and addressing real shit in their comedy makes me bow my head in admiration.

A black man who’s stopped by the police discovers that there’s a way to escape racism.

Funny sh#t from Key and Peele.

There seemed to be a drought of new talent in comedy land without Def Comedy Jam on HBO or  Comic View on BET but Russell Simmons and Stan Lathan are throwing on their comedy capes with a new series on Comedy Central.  This summer the duo that had great success with Def Comedy Jam will launch their new series this summer, which JB Smooth from Curb Your Enthusiam as the host and DJ Cassidy on the music.

I am looking forward to this… 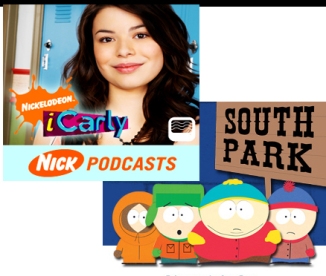 NEW YORK and LOS ANGELES, April 6 /PRNewswire/ — Previous seasons of COMEDY CENTRAL’s Emmy and Peabody Award-winning animated series “South Park” along with hit Nickelodeon shows like “iCarly” and “SpongeBob SquarePants” have joined the thousands of movies and TV episodes that Netflix subscribers can watch instantly on their computers and TVs.

Comic geniuses Parker and Stone are the creative forces behind “South Park,” which features the misadventures of four foul-mouthed, troublemaking young boys in a small town nestled in the Colorado Rockies. The first nine seasons of “South Park” – 139 episodes in all – are now available to be instantly streamed from Netflix. END_OF_DOCUMENT_TOKEN_TO_BE_REPLACED

This is developing into an interesting “Talkshow” beef with Jon Stewart taking a dump on CNBC and jim Cramer in particular.  In this day and age when content is KING an entire career’s worth of work can get reduced to rubbish with a clever 15 second sound bite.  Well, in Cramer’s case Stewart found enough of them to put together a remix like none other.

According to The Hollywood Reporter, West stars in the pilot for the “Muppet” like puppet based show, but future episodes will be hosted by a different celebrity.

West will also produce and perform the music in Alligator Boots, which could be on the air as early as 2009.

Jackhole Productions, which is owned by Jimmy Kimmel, Adam Carolla and Daniel Kellison, has a number of hit television shows on the air.