New Jada off the Top 5 Dead or Alive (T5DOA) album next month.

Took a hell of a long time to drop this but it is still fire so it still gets a post most definitely. 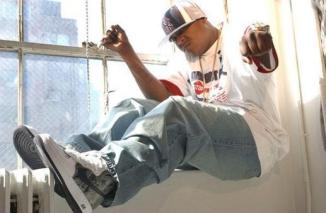 via SOHH
D-Block‘s Jadakiss has decided to change the title of his long-awaited album to The Last Kiss after receiving negative feedback from retailers.
In a recent video Jada confirms the rumors on being forced to change the project’s original title Kiss My Ass.

“I had to change the name of my album. Kiss My Ass wasn’t testing well at retail,” he admitted. “Not even with the exclamations or none of that. So we had to switch it to The Last Kiss.”

With the new name in effect, Jada also revealed the overwhelming concern people had on him possibly retiring.

“Some people asked me is it my last album, nah, it’s just, the first album was Kiss The Game Good-Bye, the second one was The Kiss of Death so this one was The Last Kiss,” Jada explained. “It’s the closing of a trilogy. It’s the last time I’m going to name one of my albums, it’s the last time “Kiss” is going to be in the album titles.”

While corporate America may have made the raspy rapper change the forthcoming disc’s title, Jada still plans on using the original title on another format. END_OF_DOCUMENT_TOKEN_TO_BE_REPLACED 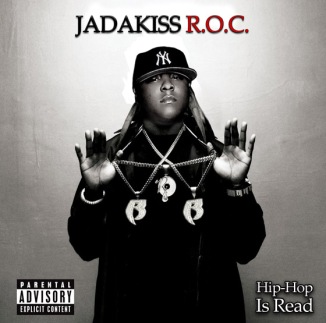 Another joint from Al Qaeda Jada..I hope this is the beginning stages of a campaign being waged by Jada and the D-Block boys, coming off a scorching performance at Summer Jam to make Def Jam sit up and take notice.

This is J-Hood’s Apology Letter to D-Block, unedited & unrevised

First of all I personally would like to apologize to all the real fans out there, all the true hip-hop heads, and lyric followers for my role playing in this whole ordeal because it’s honestly something that you shouldn’t have had to witness.

As a man I can say I truly made a couple mistakes and went over board with a couple things but as a man we are entitled to make mistakes because we aren’t mistake prone.

Me dragging my chain was obviously 1 of the mistakes I mad that evidently had the people upset, and like I said in a previous interview I admit that was a mistake and I went overboard .
END_OF_DOCUMENT_TOKEN_TO_BE_REPLACED 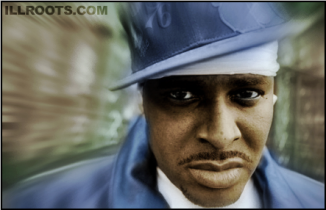 Now the homey Sheek gets love on this site, he has always given us interviews when we needed it. Now my beef is that he really needs to hit us with some of that raw dope he is known for. With an album named Silverback Gorilla ,I am expecting some hard shit the females wont like. I know he got some of that on the album but wish he would have dropped it first. Anyway hope he does his numbers  and then gets back with Jada, Styles, and drop the Lox album we been waiting for 10 years.

JADAKISS and P MOOR(STREET KNOWLEDGE TV) at our Apollo Kidz clothing table right next to the Apollo Theatre on 125th. St  Newly minted Roc-a-Fella recording artist Jadakiss speaks to Street Knowledge from the recent Boost Mobile Concert at the famed Radio City Music Hall in NYC. Jadakiss speaks honestly on his ongoing negotiations with Def Jam, former D-Block signee Jae Hood, and his  recent legal troubles. This interview also contains snippets of Jae Hood’s recent interviews with Forbez DVD and an unreleased Street Knowledge TV interviewed taken on set during Styles P “Can You Believe It” ft. Akon video. This interview is noteworthy because it shows  Jae Hood in the heat of the battle with former enemies G-Unit.