Mark Cuban apologizes to the family of Trayvon Martin family but stands by his remarks when talking about race and prejudices. He was a long supporter of Donald Sterling so he is setting the stage to soften the blow on his Jewish brother.

“In hindsight I should have used different examples. I didn’t consider the Trayvon Martin family, and I apologize to them for that. Beyond apologizing to the Martin family, I stand by the words and the substance of the interview,” Cuban wrote. “I think that helping people improve their lives, helping people engage with people they may fear or not understand, and helping people realize that while we all may have our prejudices and bigotries, we have to learn that it’s an issue that we have to control. that it’s part of my responsibility as an entrepreneur to try to solve it.?

I am way late on posting this but here goes nothing. Technically he did not dunk on this kid it was purely by accident. Secondly it would have been great if  Bron would have done more of this against the last three games against Dallas. With that being said give the man props for giving the kids the thrill of their lifetime at basketball camp. 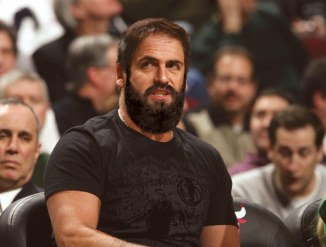 There are a lot of great minds on the list:

Not a single entrepreneur. Yes Warren Buffett started a business, but he will be the first to tell you that he “doesn’t do start ups”. Which means there isn’t a single person advising PE Obama that we know of that knows what it’s like to start and run a business in this or any economic climate. That’s a huge problem. END_OF_DOCUMENT_TOKEN_TO_BE_REPLACED