Basically he put his recent interviews on VLAD TV into a rap called ‘Exposed’.  Hook sounds kinda Dr. Dre and Eminemish.  You be the judge.

Ya’ll sleep …Tip went in on this.

From the sick mind of Eminem. Somebody get Lord Jamar on the phone.

Corey Hawkins and Jason Mitchell  who played Dr. Dre and Eazy-E respectively,in the smash hit Straight Outta Compton star alongside  Samuel L. Jackson in yet another reboot of King Kong. Coming from the producers of Godzilla, most people in the Youtube comments believe this is the set up movie for King Kong vs. Godzilla. Guess we will have to see if this is any good first.

This fire but I needed 2 more verses. 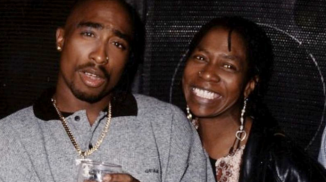 END_OF_DOCUMENT_TOKEN_TO_BE_REPLACED

Ran into this on accident this morning.

Compton, California, is known for launching the rap careers of stars like Kendrick Lamar, and music provides a promising avenue out of the community’s cycle of violence. In the second of six segments of Noisey Bompton, we spend a day with Kendrick’s childhood friend Lil L, who’s pursuing his own musical ambitions. L’s grandma invites us over for a gumbo dinner and shares her experiences as a mother and grandmother who’s lived in Compton since 1965. Then we head to one of the West Side’s many hole-in-the-wall studios, where L gets to work recording with his friend Earl Swavey and producer Larry Jayy.

Lmao. Sorry peeps but its not a song. 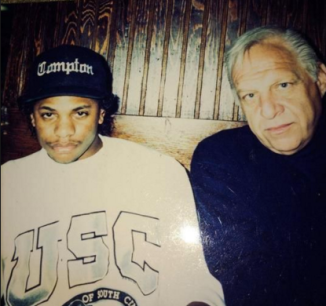 Jerry is not happy about the movie and in all his subsequent interviews after its release he has stated as such. I am posting a recent interview where he claims that Eazy-E was never jumped by Suge Knight.

Jerry Heller is suing everyone connected with “Straight Outta Compton,” alleging the movie defamed him … and he wants $110 MILLION minimum.

Heller has just filed suit against Ice Cube, Dr. Dre, the Estate of Eazy-E, NBC Universal and others, claiming the portrayal of him in the movie was false and damaging. END_OF_DOCUMENT_TOKEN_TO_BE_REPLACED

STRAIGHT OUTTA Rock-N-Jocks! New Arrival (COMPTON Made By Starter) Snapback Hat. This will not last long! Get yours while you can at www.rocknjocks.com

I’m all for rap artists jumping into different genres if it sounds dope. This right here, is clear reaching on the part of Hip Hop legend Snoop Dogg.  The white chick with the nice little apple booty is named Ljupka Stević and I seriously doubt she had anything to with this collab. First off the song is listed as Snoop Dogg feat. Ljupka Stević but in reality he doesn’t appear until about half way through and the video was uploaded on her Youtube page. Maybe Snoop was really feeling the song (heavy sarcasm) or did a favor for her label. Who knows. But Snoop is rich enough to turn down some of these songs that just further tarnish the end of his career. 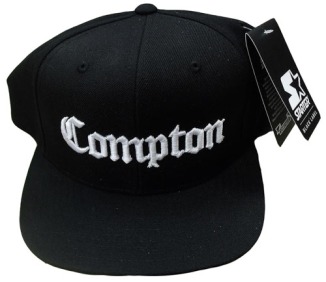 Straight OUTTA Rock-N-Jocks is where to get this just dropped COMPTON (Made by STARTER) Snapback. It will sell out fast. Get yours and represent STRAIGHT OUTTA http://www.rocknjocks.com

My homie Fab Five Freddy hooks up with the cast and crew of Straight Outta Compton to give an exclusive look at the movie dropping in August.

Go HERE to get the full story and opportunities to support this movie.

My name is Gobi M. Rahimi and I had the honor of directing and producing Tupac Shakur’s music videos during his time at Death Row Records.
A few weeks before Pac was shot, I wrote the letter that Tupac signed, firing Suge Knight and his lawyer David Kenner. After that, the tension between Tupac and his label soared to new heights.
END_OF_DOCUMENT_TOKEN_TO_BE_REPLACED

This shit right here. I am dead.

This should finally put this issue to bed. After the cut I am adding the full version to ‘Look out for Detox’.

END_OF_DOCUMENT_TOKEN_TO_BE_REPLACED

The story of the worlds most dangerous group set to bow on August 14th.

King Kunta hooks up with Reebok again to give his fans a one of a kind concert and most important of all to sell you some ugly sneakers.

Reebok and Kendrick Lamar took over the streets of Hollywood with #GETPUMPED, fusing fitness and music with a ground-breaking live event.

Kendrick Lamar provided a live soundtrack to this Reebok run as 100 selected guests tried out the new Reebok ZPump Fusion shoe through the streets of West Hollywood. Kendrick performed songs from his new album To Pimp A Butterfly for the first time on the back of a custom flatbed truck forming the wildest 5k ever!

Judge Judy gets a taste of that thug life.

Ice Cube son looks like him but being lighter than his father is throwing me off a bit, but it looks like his performance will overshadow all of that.

Suge Knight has the award locked up for most drama-filled existence in the history of mankind and who can live to talk about it. More below from TMZ

Sources tell TMZ Suge’s lawyer is arranging for his client’s surrender to the Sheriff’s Dept. It is unclear if law enforcement will arrest Suge for hit and run or manslaughter. It’s possible the cops could conclude Suge is not legally on the hook because he fled out of fear for his life.

Suge Knight got into a fight on the set of a film project in Compton, ran over a man who later died, and then fled the scene.

Multiple witnesses tell us a movie shoot was going down with Ice Cube and Dr. Dre when Suge pulled up in his car. We’re told security told Suge to leave and that’s when trouble began.

END_OF_DOCUMENT_TOKEN_TO_BE_REPLACED

So Australia gets first dibs on NWA trailer before LA? Iggy had to have been in on this, somebody get Azaela on the phone!

Tyrese fans aint gonna like this at all. Throw in Morris Chestnut and Jamie Foxx fans as well. If  Tyrese doesn’t either sue this guy or beat his ass we all know what he is saying isn’t too far from the truth. Katt Williams has spoke on the undercover gay activities of some of our most masculine celebrities.

Hip Hop superstar Rick Ross sits down with Zack O’ Malley Greenburg in Wingstop in Brooklyn, to discuss his perceived low placement on their hugely popular Hip Hop Cash Kings list. Ross kinda dodges the direct questions and if he really wants to be in the top five with Dr. Dre, Jay Z, Diddy, and 50 Cent he will need to do much bigger tours and not a paltry 18 shows last year.

The deal is expected to close in the fiscal fourth quarter. Apple said it will pay $2.6 billion in cash and another $400 million that will vest over time.

Founded by rapper and producer Andre Young (aka Dr. Dre) and music mogul Jimmy Iovine, Beats Electronics is a key vendor in the premium headphone market. Apple reportedly began talks to buy the company in early May. Both Young and Iovine will join Apple as part of the deal.

Beats’ profit margins in the headphone market may be substantial. A pair of its high-end headphones retail for as much as $450, but production costs across the brand run only about $14 a pair, according to The New York Times. Apple said the deal would add to earnings in fiscal 2015.

As I stated on other blog posts about Billboard’s anonymous sources (stating there was a snag in this deal because of the Tyrese/Dr. Dre premature viral video announcement), was pure bullshit. No way that video would affect a deal of this mangnitude and Billboard and its sources were reaching.

Apple’s biggest deal in its history just got a little cheaper.

The tech titan is expected to announce its acquisition of Beats Electronics this week — at the slightly reduced price of $3 billion, The Post has learned.

A report in the Financial Times earlier this month tipping the deal put the price at $3.2 billion.

That may have been the case, but negotiations between Apple CEO Tim Cook and the company co-founded by Dr. Dre were not helped by a leaked report that had Beats Music with just 111,000 subscribers to its streaming service in March.

END_OF_DOCUMENT_TOKEN_TO_BE_REPLACED

Dr. Dre’s burgeoning relationship with Apple has been in the making for sometime, so all the stiff suit analysts can’t stop with the shock and awe that this deal is going down. Dre and Jimmy Iovine from the start said that they wanted to build the new Apple with Beats Electronics.

Hip Hop’s first billionaire Dr. Dre celebrates with actor/musician Tyrese on his impending deal with Apple to sell his Beats Electronic company for $3.2 billion according to reports. 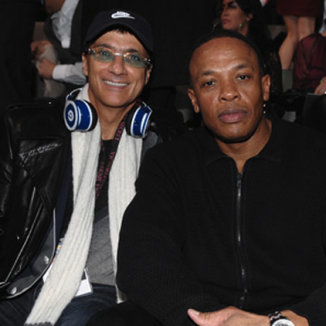 Suge Knight is gonna be pissed once again, but there is nothing he can say to stop Dre from closing on one of the smartest and biggest deals in the history of the music industry.

Dr. Dre could be days away from being the first rapper turned BILLIONAIRE … thanks to a mega-deal for Apple to snatch up his Beats Electronics brand.Apple will reportedly buy Beats for a whopping $3.2 BILLION — and since Dre and Interscope honcho Jimmy Iovine created the brand … it’s a safe bet they will walk away with a huge chunk of that cash.

END_OF_DOCUMENT_TOKEN_TO_BE_REPLACED

Battle rap takes it up a notch with probably it’s most high profile battle yet, brought to you by battle rap and platinum Hip hop superstar Eminem and Shady Records. This should be fun.

Great battle rappers face off tournament style on the biggest scale in history. Only on WatchLOUD.com.

Fif drops the video to his new street banger “Hold On”.

Sway finally has the answers and drops some great insight as to what he thinks could be a great situation for 50 Cent taking control of his career and truly being his own boss. Now ironically when will Sway due the same thing and leave MTV and build his own brand, he could definitely do it and has probably the best relationships in the music industry. Your move Sway.

The always controversial Suge Knight visits Arsenio Hall and talks about the current state of the record industry and how bad The Game and Kendrick Lamar’s record deals really are. Whether you like Suge or not for his past transgressions he does speak the gospel in terms of artists always being the last to profit off of their work.

The 90’s were on and popping again Friday night in Los Angeles during Dr. Dre’s pre-Grammy Party … but nothing was cooler than Puff Daddy reuniting on stage with his former protege Ma$e.

Here is a lyric breakdown of the song that shut down the internet yesterday, Eminem’s “Rap God” has leaped to number #1 on Itunes and will be perched there for awhile. Can’t wait to see the video for this crazy record.