They scammin with the salmon.

A genetically modified salmon that grows at twice the rate of regular salmon has been approved as food by the U.S. Food and Drug Administration.

With rampant fear mongering news about Ebola on every television network, there are many who think this deadly virus has been generated for population control, germ warfare and other unknown nefarious government activities. Here is some real talk about the unnecessary use of vaccines which have been reported to contain the building blocks of Ebola and the A.I.D.S virus.

Dr. Leonard Coldwell talks about how vaccines don’t work and how they are designed to cause infertility and wreck havoc on the human physiology.

I could not have said this any better.

During the Daily Briefing, Tucker Hope reports that the FDA is urging Americans to put something green in their dumb mouths. 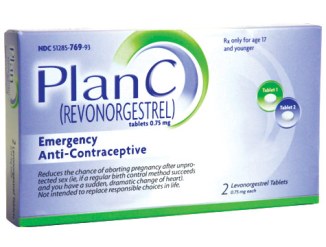 Seventeen-year-olds will be able to buy the “morning-after” emergency contraceptive without a doctor’s prescription, a decision that conservatives denounced as a blow to parental supervision of teens but that women’s groups said represents sound science.

Women’s groups said the FDA’s action was long overdue, since the agency’s own medical reviewers had initially recommended that the contraceptive be made available without any age restrictions. END_OF_DOCUMENT_TOKEN_TO_BE_REPLACED

The FDA just got around to banning the use of cattle parts in feed used to feed cattle. Let me rewind that, cows are fed certain parts of cows that contain high levels of protein and scientists have long suspected that is what makes cows go crazy, resulting in “mad cow disease” which prompted them to enact a change that they have been proposing since 2005. After thorough review the new rules finally kick in April 2009.

The political manuevering is thought to be a gesture for America to resume exporting beef, a billion dollar industry that the US was locked out of around 2004 after it was discovered in three cases that cows had become afflicted with mad cow disease. Prior to the ban the steps taken to insure that the American public wasn’t being exposed to the disease was a supposed ban on slaughtering “downer” cows but as we reported a few months back, the largest supplier of beef to the California public school system was caught on film abusing these downer cows and killing them wholesale, pumping potentially contaminated meat into the public. They are also instructed to remove the brain and spinal cord from the carcasses to avoid spreading any contamination.
END_OF_DOCUMENT_TOKEN_TO_BE_REPLACED

ATTENTION! ATTENTION! To all meat eaters!  Your government has just deemed cloned meat consumable.  The FDA has decided that meat from a cloned animal poses no health risk (as if normal meat doesn’t?) so not only has it approved it for consumption they are also saying there is no need to label the meat as “cloned” meat so beware, there will be no way to distinguish the “real” from the “fake.”  They have also greenlit milk from cloned cows and consumers could be expecting that to be hitting shelves sooner than the meat.  Especially with milk prices skyrocketing and dairy being overall threatened by the increase I’m sure this will spell relief to people who feel they can’t afford the pricey cow fluid.  This entire process was set into motion ten years ago when scientists first successfully cloned Dolly, the sheep.  Studies have been underway by the FDA to see if the meat will meet their approval standards.

“The milk and meat for cattle, swine and goat clones are as safe to eat as the food we eat every day,” said Randall Lutter of the FDA.

For more on this extremely important article, CLICK HERE to read the rest of the article.

Editor’s Note: With obesity at an all time high you would wonder why the FDA wouldn’t object to another source of beef being introduced to the American diet when research should be focused on stemming meat intake.  Plus, the steriods in cows known as bovine growth hormone has every little girl in America growing unproportionately (think Buffy) and no studies are being done to determine the ramifications of that.  So it’s a crime for an entertainer to knowingly take steriods but when the government unknowingly introduces it into your food supply, there is no crime being commited.  Makes you go hmmmm….