This dropped back in May but definitely needs to be re-examined because this kid is dope. 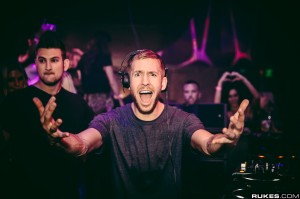 Last night a DJ saved my life…and got paid more than a doctor for the sh*t too!

END_OF_DOCUMENT_TOKEN_TO_BE_REPLACED

In no particular order, the list created by Forbes consists of about 20 prominent and well-off African Americans.

Records [click to read] in a span of only a few years.

Forbes reports the 39-year-olds net worth as being $150 million which has been gained through Jay Z’s work as an entertainer and the many investments he has made throughout the years.

Jay-Z is co-owner of the 40/40 Club, partial owner of the New Jersey Nets, and he recently sold Rocawear for $204 million [click to read].

With a net worth of $110 million, Def Jam founder Russell Simmons

was a few millions shy of making it onto the list.

NEW YORK -Exxon Mobil Corp. unseated Wal-Mart Stores Inc. in the 2009 Fortune 500 list, shrugging off the oil price bubble and weathering what the magazine called the worst year ever for the country’s largest publicly traded companies.

Bentonville, Ark.-based Wal-Mart had held the top spot for six of the last seven years but fell to No. 2 this year. Still, the retail giant’s 2008 revenue climbed 7 percent to $405.6 billion, as the battered economy sent more consumers searching for bargains. The world’s largest retailer took in $13.4 billion in annual profit, an increase of about 5 percent.

Although it may have been a good year for Exxon and Wal-Mart, 2008 was far from rosy for most of remaining companies on the list. Overall earnings plunged 85 percent to $98.9 billion from $645 billion in 2007, the biggest one-year decline in the 55-year history of the Fortune 500 list.

“America is getting used to the sound of bubbles bursting,” Fortune said.

Energy companies continued to dominate many of the top positions, as last summer’s skyrocketing oil and gas prices more than compensated for their plunge later that fall. Chevron Corp. held on to third place with $263.16 billion in revenue, up 25 percent. END_OF_DOCUMENT_TOKEN_TO_BE_REPLACED

The magazine took another look at the fortunes of some of the billionaires on its Forbes 400 list to assess the effect of the worst financial crisis since the 1930s Depression and released a select list naming some of those hit hard.

But while 17 billionaires on Forbes list lost more than $1 billion in the past month, Buffett managed to boost his wealth by $8 billion to $58 billion, pushing him ahead of Gates, whose fortune fell to $55.5 billion from $57 billion. END_OF_DOCUMENT_TOKEN_TO_BE_REPLACED

Forbe’s Magazine just released their forecast on the brightest 10 New Stars on the horizon and you guessed it, the web assisted phenom known as Soulja Boy Tell ‘Em was at the top of this chart also. Forbe Magazine took note that Soulja Boy utilized the new platform of marketing music via the web to garner a hit that exploded on radio, the “old-way” of doing things. It is understood that the next megastar is going to have to brilliantly synergize both platforms to transcend what is being seen as a diminishing music industry. Sean Kingston came in second, cited for his monstrous summer hit “Beautiful Girls” which garnerned Kingston a spot in America’s living rooms by appealing to Grandmothers and Grandchildren alike. Wanna see whoelse made the cut? Well ya gotta CLICK HERE!