Foxy Brown freestyle from back in 1996, never heard before Westwood throwback.

Kimmie Blanco for real. We knew this but it is still shocking nonetheless. Hit the jump for the video.

END_OF_DOCUMENT_TOKEN_TO_BE_REPLACED

I will believe it when I see it. If this is true I could see her doing it to fatten up the bank account.

Brooklyn rapper Foxy Brown recently revealed she is mulling an offer to appear on the cover of Playboy magazine.

Foxy Brown broke the news during an interview with the New York Post on Sunday (July 17th).

END_OF_DOCUMENT_TOKEN_TO_BE_REPLACED

Depending on how many hits this get, I can tell if you guys are still interested in this type of stuff along with the daily stuff we post on this blog.

Well here we have rapper Foxy Brown (who has not had a hit in ages) in a clip of a sex tape supposedly let loose by Maino. Full version is sure to be released in 5,4,3,. Hit the jump to see her in all her glory!

END_OF_DOCUMENT_TOKEN_TO_BE_REPLACED

It seems that online magazine Slate Magazine takes the ideals of journalism more seriously than the Daily News, which ran a story celebrating lies old-school rapper Roxanne Shante has spread over the last decade about receiving a PH.D from Cornell University.  In this digital age, Slate used old-fashion methods of fact checking that apparently slipped the mind of Daily News writer, Walter Dawkins.

An investigation by Slate has revealed:

With more recent female rappers Lil Kim, Remy Ma, Da Brat and Foxy Brown spending time in jail for various forms of “keeping it gangsta,”  Roxanne Shante’s fraudlent story was thought to be a point of inspiration for young women and men seeking to find purpose beyond rap.  While working on my thesis documentary Little Miss Hip Hop, I briefly spoke with Roxanne Shante who said she would be up for an interview and speaking at the University at Buffalo about opportunities for women in hip hop.  However, I never heard from Roxanne Shante after I explained that I wanted to set up an interview at her office and I wanted her to share information about her practice.    I thought that I was just being dissed, when in reality Roxanne Shante was avoiding the truth. 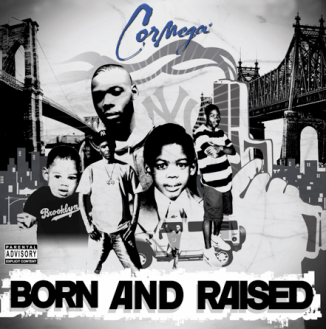 For his fourth solo opus Born & Raised, Cormega went with a collage designed by friend/graphic designer/snowboarder/documentarian Brian “Decka” Paupaw to represent the different stages in his life and pictures of the Queensboro Bridge, Brooklyn Bridge and the NY Yankees logo to represent QB, Brooklyn & the BX (places he has called home) along with a silhouette of a smoking glock reminiscent of a burning World Trade Center. Mega Montana’s drops Born & Raised officially on October 20th. Order your Born & Raised t-shirts here. One. – ICE

City prison officials acted like an entourage of fawning valets for rapper Foxy Brown when she was locked up on Rikers Island, hanging out in her cell, bringing meals and makeup, giving her unlimited TV and phone use, and toting her bags when she was released last April.

Brown, who did nine months for a parole violation after she punched and kicked two nail-salon manicurists in 2006, wore Gucci sneakers and a Fendi scarf — and when they got dirty, new ones were brought to her.

The diva’s jailers also set up an interview and photo shoot with a magazine, which ran a feature on the raunchy rapper that helped hype her new album.

So say outraged Department of Correction insiders, who told The Post that Brown’s coddling was yet another example of an unruly agency flouting its own regulations and security for the privileged few.

“It’s just out of control,” one official said. END_OF_DOCUMENT_TOKEN_TO_BE_REPLACED

Somebody please tell this man to stop! Throw in the towel…Curtis needs a comedy skit show a la Dave Chapelle. Maybe MTV can reopen negotiations with him and give him a variety show like they throwing to the Dogg, Snoop. Heeelarious!

more about "50 Cent Release 3rd Cartoon For His W…", posted with vodpod

This has got to be the funniest stuff I have seen in a while. 50 Cent is definitely playing chess not checkers. The thing about this beef is that the Ross side is taking this way too serious and Ross needs to inject some humor in it and I think he can survive this and still have a career. Just like 50’s beef with Camron, it was basically comedy. Come on Ross lighten up and you just might save your self from this mess.

Who knew? It seems that our ladies of Hip Hop cannot stay out of the news, whether it is gossip, arrests, or just plain nonsense, Lil Kim and Foxy Brown are always on the wrong side of the daily news cycle. This news about botched book deals seems to be a couple of years behind schedule. Read the latest:

END_OF_DOCUMENT_TOKEN_TO_BE_REPLACED

XXL is debuting twin covers for its upcoming September issue featuring none other than Foxy Brown and Young Jeezy.  The renewed interest in Fox via the rumor mill swirling around her reported romance with Rick Ross has proven to be effective marketing for the Brooklyn Don DIva, while every publication seems to be scrambling to “Put On” Young Jeezy on their cover.

Fresh off the quickest retirement in history, Jean Grae blesses us with “Love Thirst” off the album Jeanius featuring production by 9th Wonder.

For someone who is so articulate on wax why does Jay invoke that nasal voice whenever he’s chopping it up around white folk? Reminds me of Foxy‘s fake nasal voice

The Inga Saga Continues….the following is a letter released to Miss Info from Foxy Brown separating herself from her recently released “Brooklyn’s Don Diva” album which she feels doesn’t properly represent her artistically. According to her she just got around to hearing the finished product (I’m gonna leave that joke alone). As a result she has fired her manager Chaz and his Black Hand affiliates and a new project is being crafted as we speak. Well, you know how outspoken Foxy is, I’ll let her handle the rest:

“BROOKLYN’S DON DIVA”, MY HIGHLY ANTICIPATED STREET ALBUM WHICH HIT STORES TUESDAY, IS, AS IT WAS ALWAYS INTENDED TO BE, A MIXTAPE STREET ALBUM – THE WARM-UP TO MY LONG-AWAITED, EPIC, 4TH STUDIO ALBUM “BLACK ROSES”.

UNFORTUNATELY, DURING MY INCARCERATION, THIS CD WAS COMPILED WITHOUT MY APPROVAL. I HEARD THIS CD IN ITS ENTIRETY FOR THE FIRST TIME JUST DAYS AGO AND WAS DEVASTATED. RIDDLED WITH GRIEF OVER AN ALBUM THAT WAS SEEMINGLY SO CARELESSLY ORCHESTRATED, I SAT DOWN WITH THE PRESIDENT OF KOCH TO COME TO A DECISION ON HOW TO MAKE THE BEST OF THIS SITUATION. IN ANOTHER PHASE OF MY LIFE AND CAREER I WOULD HAVE DEALT WITH THIS SITUATION WITH LITIGATION, BUT FOR THE BENEFIT OF MY FANS AND IN THE WAKE OF THE PROFOUND SPIRITUAL CLEANSING I RECENTLY UNDERWENT IN PRISON, I MADE THE DECISION TO SETTLE OUR CREATIVE DIFFERENCES AMICABLY. MY FANS HAVE WAITED 7 YEARS FOR AN IN-STORE RELEASE AND DESERVE MY VERY BEST.
END_OF_DOCUMENT_TOKEN_TO_BE_REPLACED

LMAO…I know she know she’s dead wrong throwing this outfit on with everyone talking about the women of FLDS and their funny dresses..they look separated at birth! 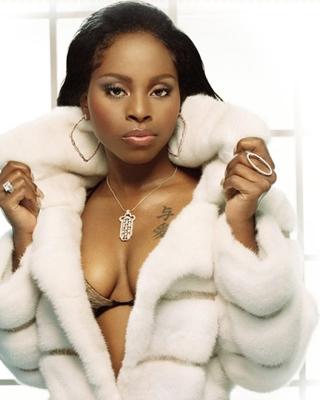 Incarcerated rap star Foxy Brown will be released this Friday and aims to get back on track with a new album and reality show that will chronicle her rise back to prominence in the rap game. After serving eight months of a year long sentence for probation violation, she still has some legal cases to remedy before she is totally in the clear.

“She did every single minute of her bid in jail and she did it under the most severe conditions,” Williams said, according to Billboard.com. “They had her on continuous lockdown just because she is a celebrity. They were trying to break her spirit.” (Stephen Morello, deputy commissioner of public information for the city’s correction department, told the site that Foxy was placed in protective custody per her request, noting that some inmates request that status “because their prominence or other circumstances might make them targets”).

On Wednesday, December 19, Downtown Brooklyn played host to the opening of the world’s first Hip Hop iHop…well, its first unofficial one atleast.  You see, the 4,900 square foot establishment is owned and operated by Brooklyn’s own Don Pooh, best known for his work with Foxy Brown.  He is her former manager.  After that stint he enjoyed a career in the industry as a music executive.  Now he is reinvesting in his communty and competing with a Brooklyn staple, the world famous Junior’s.  So if you’re hopping through downtown Brooklyn make it your business to hop into iHop and support Hip Hop at it’s finest. For more details click HERE