That intro is bananas. More like snippets and not a full stream in this video right here. I am posting a longer stream after the cut.

END_OF_DOCUMENT_TOKEN_TO_BE_REPLACED

This is a great interview that all NYC artists should watch to get an idea of how the industry works and what you need to do to reach the radio airwaves. Though Ebro’s tone is kinda standoffish at least he is being honest and not sugar coating the realities of the fiercely competitive radio game.

END_OF_DOCUMENT_TOKEN_TO_BE_REPLACED

I spoke on this a few months back.

Music icon RZA believes fans should appreciate music like an exclusive art. We sat down with the Wu-Tang Clan founder to talk about A Better Tomorrow, the rumored $5 million fans pooled together to buy a sole copy of its next album, and the so-called Wu-Tang Clan pay tier.

Luckily the lights were on, or this would have been much worst.

In December, 2014, VICE threw a massive rager for 3,000 of our closest friends at the Duggal Greenhouse in the Brooklyn Navy Yards. VICE staged dozens of performances throughout the evening, bringing together musicians as varied as Megadeth’s Dave Ellefson to The Unicorns’ Nick Thorburn to Ghostface Killah and Lil’ Wayne, to perform some of the songs that have defined VICE over its twenty years. Hell, Jonah Hill even rapped Drake, backed by our very own Spike Jonze on guitar.

Of course we recorded the whole thing and we’ll be putting up many of these unique performances onto the VICE YouTube channel so you can check them out.

No comment. Just watch the craziness below from Harry at JumpOff.TV

We finally get to see the much talked about scene in Iron man featuring Ghost face Killah, who was instrumental in keeping the franchise alive when it basically dead. He deserves a part in Iron Man 2 and this time make sure he does not hit the cutting room floor. The dvd is dropping soon.

UPDATE : From Rich Johnston/ Lying In The Gutter

One thing missing from the film was the much-touted end of movie scene with Samuel Jackson as Nick Fury. I understand from British Film classification sources that the scene is in the print that they’ve approved for general release, but not in premiere or preview screenings, so as not to spoil the um.. surprise… bugger. Anyway, he’s recruiting for a group called The Avengers.

We regrettably report that Ghostface Killah and Samuel Jackson did not make the final cut and will not appear in the upcoming summer blockbuster “Iron Man” as previously reported. While details remain sketchy it was rumored that Ghost shot a piece as a sheik in Dubai while Samuel had a bit part as Nick Fury. Neither made the cut and apparently ended up on the cutting room floor. Hopefully they’ll make it to the DVD version. Oh well there goes my dreams of seeing Starks alongside Starks, swagg splashin’ in his full-length robe!

In what will be a definite highlight in Hip Hop releases this year, Raekwon the Chef, who also has a heater circulating with Outkast, is finally due to release Only Built For Cuban Linx. Probably the most anticipated follow-up next to Dr. Dre’s mythical Detox, Raekwon first discussed a serious release date for the album with yours truly a couple of months back after the high energy Wu-Tang Concerts at the Hammerstein Ballroom. Watch vid below.

“Expect that Raekwon classic material, but with a refreshing touch of today’s hottest producers. Sure the RZA sound was– and still is– classic. And even RZA’s production on the first Cuban Linx album was a shift from his signature sound. But what was hot back in the 90s doesn’t necessarily do magic in today’s musical climate, especially with the present digital takeover and the tastes of the younger music consumers. Still, innovative MCs like Raekwon posses the ability to keep in step with the changing faces of hip-hop. So expect nothing less than what made the first Cuban Linx… with an extra touch of current hip-hop influence.”

Th estate of Russell Jones is now open  for business. A new site boasting new official merch with the likeness of ODB has surfaced, with t-shirts and sweatshirts in colorful pastel designs. This seems to be a company with no direct connect to any Wu-Tang ventures, which seem to be in turmoil after the soft-launch and much delayed video from the 8 Diagrams debacle that was released late last year. Buy your ODB merch here..

Journey with Street Knowledge as we bring you the Return of the Wu…Wu Tang Clan invades Hammerstein Ballroom on the New York City leg of their 8 Diagram Tour minus the Abbot(RZA). Get a front row invite to the hottest ticket in town as the Clan forms like Voltron and delivers some of their most classic hits from their 15+ year career. Then get a Backstage Pass as we interview Raekwon the Chef, Ghostface Killah and Inspectah Deck with guest appearances by Theodore Unit’s Trife, Ice Water’s Polite & Erykah Badu. Witness the Clansmen perform in rare form then hear them speak on the latest developments like the much anticipated Cuban Links 2 from Raekwon, another Ghostface album and being signed to Def Jam and Aftermath. 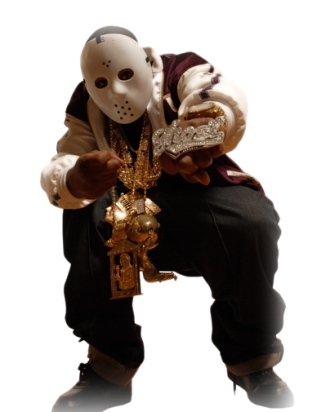 Remember back in the dayz?

Oh the golden days of Hip Hop…remember when fans used to buy CD’s?  Remember that long, long time ago when an artist was able to drop his latest and ring up register sales?  Well, those times are too far in between and some of Hip Hop’s giants are taking hits and letting it get the best of them.  The Iron Man Tony Starks just released a video on his Myspace personally appealing to his fanbase, which numbers in the hundereds of thousands on Myspace to stop downloading his material and go to the stores and cop his sh*t!  Did the Wally Champ show a kink in the armor?  I never thought I’d see the God get extra emotional but I do understand the frustration one must have spending long nights in the studio cooking up a classic just to see it go plastic, but yet ya fans know ya tunes word for word.  Someone has got to tell their favorite artist that the game has changed and in order to stand the wave of the “Ringtone Artist” you have to readjust to change and step into the (new) world, like KRS-One said.   In the meantime please go get that Big Doe Rehab!

We can have a pow-wow nah mean?

The night of January 12th will forever go down in the annals of Hip Hop history as a packed NY crowd bore witness to the Return of the Wu.  The Hammerstein Ballroom played host to the New York leg of the 8 Diagrams Tour.  Minus the Abbot, the rest of the Clan arrived fashionably late to unleash an all-out assault on the restless concertgoers who were eagerly awaiting the Shaolin Swordsmen.  Greeted by the chants of “Wu Tang!” the Clansmen flooded the stage with a 50 man strong entourage and got right into the thick of things by running through some of their riotous classics like “Wu Tang Clan Ain’t Nuthing Ta F’ Wit” and “Bring Da Ruckus.”  Method Man prowled the stage like a rabid pit-bull ready to attack, while Ghost floated from one end to another with the grace of a ghost.  His partner-in-rhyme Raekwon played his post sizing up the crowd, bottle of bubbly in hand while the man with the golden arms, U-God popped in and out to spit his bars.  Cappadonna traded verses with his brother Lounge Lo and Street Life played his part alongside Meth.  GZA and Inspectah Deck held their own on a stage that was filled to the brim with Wu affiliates.  Whereas a packed stage would normally distract from other artist’s stage show the Wu is notoriously known for their swelling numbers and they work the energy exchange from their entourage and the crowd into their routine.  Method brought his A-Game with him this particular night, leaving nothing behind!  When he wasn’t stage diving he was giving top notch renditions of “M-E-T-H-O-D Man” “RockWilder” “Bring Da Pain” and “What The BloodClot.”  On his last joint instead of diving he actually stood on-top of the crowd, towering like a GOD while he nonchalantly spit his bars.  Rae & Ghost dug into their bag of hits and showered the crowd with “Criminology” “Incarcerated Scarfaces” and “Fish.”  GZA didn’t disappoint either as he served up “Liquid Swords” and the classical “4th Chamber.”  Unflammable.  END_OF_DOCUMENT_TOKEN_TO_BE_REPLACED

Professional a-hole and talkshow host Bill O`Reilly tried his best to disrupt a recent event of (Our Next President)Barack O ‘ Bama. Campaign aide Marvin Nicholson, was  pushed by O’Reilly when he tried to get to close to senator…Full story at  NYT 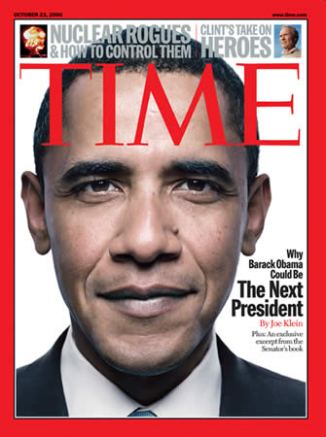 Probably the Illests Campaign Commercial Yet!!

Update : My partner P Moor said stay tuned for our Obama footage real soon with he touched down in the home of Biggie and Jay Z.

Check out Obama Official Site and get active.

Update : P Moor said Ghost Face will be performing at the 09′ inauguration for Obama. Check out the line from this Ghost Banger..@ 1:15 of the vid..

Click here to vote for Obama, Oprah, and Eric B.