Many have predicted that the dollar will eventually fall and this short documentary continues that philosophy. The guys who put this together also claim to have the know how on how to combat this oncoming crisis. I don’t know about that claim but this video should provoke some thought on where our financial system is heading.

Could this be why there have been wars over there for thousands of years? Or is the company line we are still trying to bring democracy to th Afghan people? 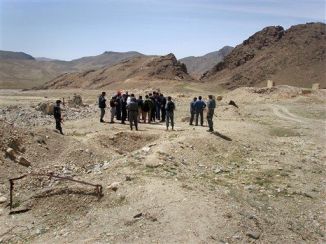 Vast deposits of iron, copper, gold, and lithium have been discovered throughout Afghanistan by US geologists, a find estimated to be worth $1 trillion.

END_OF_DOCUMENT_TOKEN_TO_BE_REPLACED

People love referencing “Rich Dad/Poor Dad” whenever they speak on economics. Well, lets listen to what Mr. Kiyosaki has to say about volatile economic systems that depend on debtor notes/fiat, or what we commonly refer to as “paper money.” Kudos to Robert, get ya self some Gold & Silver!!  There’s a fortune to be made in a recession.

P.S. His predictions were on point! 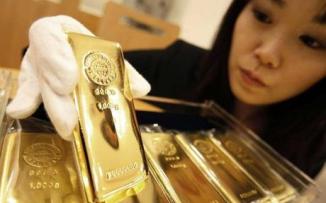 The bank said the damage caused by the financial excesses of the last quarter century was forcing the world’s authorities to take steps that had never been tried before.

This gamble was likely to end in one of two extreme ways: with either a resurgence of inflation; or a downward spiral into depression, civil disorder, and possibly wars. Both outcomes will cause a rush for gold.

“They are throwing the kitchen sink at this,” said Tom Fitzpatrick, the bank’s chief technical strategist.

“The world is not going back to normal after the magnitude of what they have done. When the dust settles this will either work, and the money they have pushed into the system will feed though into an inflation shock.

“Or it will not work because too much damage has already been done, and we will see continued financial deterioration, causing further economic deterioration, with the risk of a feedback loop. We don’t think this is the more likely outcome, but as each week and month passes, there is a growing danger of vicious circle as confidence erodes,” he said. END_OF_DOCUMENT_TOKEN_TO_BE_REPLACED 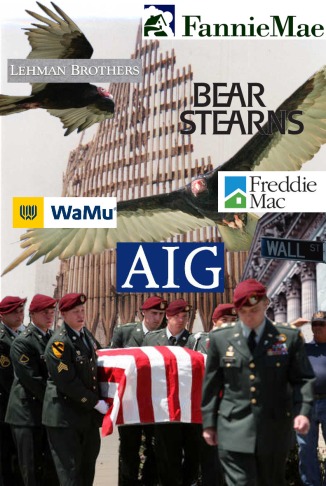 On Monday, September 15 the chickens came home to roost. Now, when those words were used 45 years ago to describe the assassination of America’s beloved president John F. Kennedy it caused a rift in the Nation of Islam between Elijah Muhammad and Malcolm X, who erroneously mouthed those sentiments against the wishes of his advisers. We all know how that ended up. So, in the spirit of harmony I ask that you don’t shoot the messenger, I am just stating the obvious.

When the obituary for the American Empire is written, its death will not be attributed to Al Qaeda or Middle Eastern terrorists. The eulogist won’t say that everything came to an abrupt end because the country was on the cusp of electing it’s first “Black President.” No, it may read something more like this: In the end, the wagging dog ate it’s own tail. America, that great bastion of freedom and capitalism was consumed by unprecedented GREED.

Seven score years ago, one of the most tragic events in modern times took place in our beloved City of New York (9/11). An attack took place, that much we know, and the financial heart of the Empire, the World Trade Center was the target. Apparently the plan was to bring America to her knees by crippling her financial markets and destabilizing the economy through FEAR. Did it work? On the contraire, citizens were instructed to go shopping to infuse the economy with a stimulus so that we may fight the terrorist with our ‘wallets.’ Then an amazing thing happened as the wallets parted ways and the cash was delivered: under periods of stress and duress, America flourished. Red, white and blue flags were waving from places where years ago the same flag was burned to a crisp in protest of the Imperialistic agenda these jihadist were raging against. END_OF_DOCUMENT_TOKEN_TO_BE_REPLACED 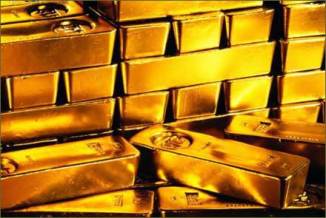 The huge rally came after the government moved overnight to rescue troubled insurer American International Group Inc. with an $85 million bailout loan. The Federal Reserve stepped in after AIG, teetering on collapse from losses tied to the subprime crisis and the credit crisis, failed to find adequate capital in the private sector. END_OF_DOCUMENT_TOKEN_TO_BE_REPLACED 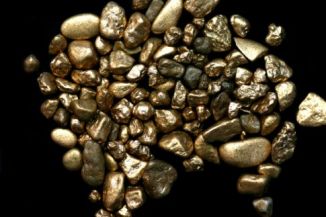 Gold is valuable to many in copious quantities, but for a team of Duke University scientists, a sub-cellular amount was all that was needed to create a nanostructure which could potentially act as a tiny biological sensor. One which could penetrate individual cells and report back on a cell’s inner workings in real time.
END_OF_DOCUMENT_TOKEN_TO_BE_REPLACED