Somebody get Shirley Manson on the phone.

I have not watched Law and Order in years for the record. They have probably done 10,000 episodes and their constant recycling of recent news headlines is kind of boring to me right now. That being said, they still have a relatively consistent hardcore fan base that will probably eat up this Chris Brown and Rihanna inspired episode.

The worst performance of the 21st. century. Seriously Nicki needs to give this Roman shit up. 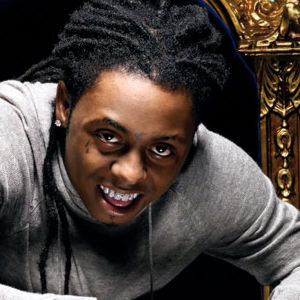 Many rappers experienced a bump on this week’s charts following the 51st annual Grammy Awards.

According to the Nielsen SoundScan, The Lonely Island – the comedic project fronted by SNL’s Adam Sandberg – lead the rap pack. The album, Incredibad, which features cameos by E-40, T-Pain and Justin Timberlake, landed at the no. 13 spot, moving 47,510 units in its debut week. 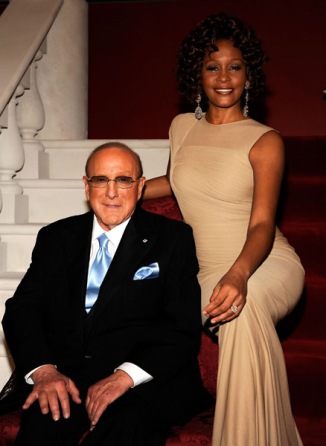 (BEVERLY HILLS, Calif.) A stunning-looking and strong-sounding Whitney Houston made a triumphant return to the stage at a pre-Grammy party honoring her mentor, music mogul Clive Davis.

“I’ve got it, I’ve got it!” Houston, looking glamorous in a skintight leopard dress, sang early Sunday morning as she belted a line from one of her classic hits, “I’m Every Woman.” But more than a lyric, it summarized to the crowd of A-list superstars and top industry execs that the superstar — whose drug use and erratic behavior had caused a shocking fall from grace just a few years ago — was back in top form.

“We all crossed our fingers that her beautiful story would end (happily),” said Jamie Foxx, who stood at the front of the stage and took video of Houston like he was just another fan in the crowd. “This is a new beginning.” 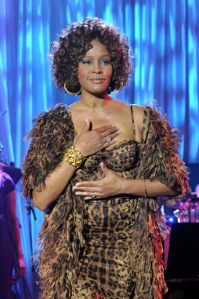 Houston’s mini-concert put an exclamation point on a night that included a rousing performance by Kelly Clarkson, an unlikely but magical duet between Jennifer Hudson and Barry Manilow and a rambling monologue by Kanye West.

“I have to bow in the presence of greats right now,” West said as he looked out into the crowd, which at one point included Sir Paul McCartney, Prince, Diddy, Rihanna, the Jonas Brothers, Taylor Swift, Quincy Jones, and other luminaries.

“I’m just humbled by your greatness, and also Clive,” West told the audience.

Davis, the music mogul who founded labels, signed greats ranging from Houston to Bruce Springsteen to Janis Joplin, and resuscitated the careers of veterans like Rod Stewart and Carlos Santana, was honored by the Recording Academy as an industry icon on Saturday, hours before Sunday’s Grammys. For nearly three decades, Davis’ pre-Grammy party and concert had become one of the industry’s most coveted invites; this year, the Recording Academy took the event over and honored Davis instead. END_OF_DOCUMENT_TOKEN_TO_BE_REPLACED 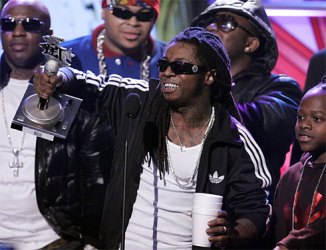 via USA Today
If Lil Wayne’s Tha Carter III wins album of the year, the rapper won’t be alone at the podium. The award, bestowed on an album’s artists, producers, engineers and mixers, means Wayne’s world of 42 contributors may congregate on stage to thank God and their moms.

It easily beats the last stampede in the album category, Outkast’s 2003 champ Speakerboxxx/The Love Below. The hip-hop duo shared the spoils with 15 engineers/mixers, two mastering engineers and producer Carl Mo.

The record-holder remains disco soundtrack Saturday Night Fever, which won in 1978, when 32 artists and 18 producers collected Grammy gold for best album. Boosting that booty was a rule in force until 1980 allowing artist/producers to receive Grammys for both roles.

Multiple producers and songwriting by committee are far more common now than when the Bee Gees reigned. You have to reach back a dozen years to find the last twosome to win best album: Bob Dylan and Daniel Lanois in 1997 for Time Out of Mind. Even rarer? A self-produced artist like George Michael, who took best album for Faith in 1988. Then, it was lonely at the top.

Lil Wayne wants all of America to know that he is a “gangsta”…Now how “gangsta” is that?

The only other rappers to be nominated for album of the year for this decade are Eminem & Nelly. Clearly the Grammy awards only like a particular style of rap and are not fans of any, “gangsta rap.” Top rap artist like 50 Cent, Jay-Z, Nas, and T.I. have never been given a nomination for the award despite their success.

M.I.A.’s, “Paper Planes,” has been nominated for record of the year. Rap nominations are below