While the world debates the threat of Ebola and speaks of closing its borders to the Mother continent, individual African countries continue to make strides and set the pace for an economic resurgence, in the face of this global scare tactic. Check out the blockbuster move Kenya just made to grasp the mantle of power in the energy sector.

END_OF_DOCUMENT_TOKEN_TO_BE_REPLACED 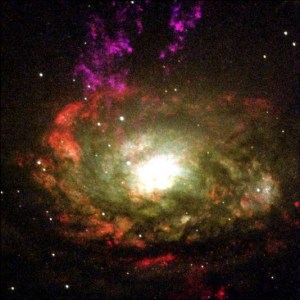 It appears some people aren’t as eager as the rest of us to see the technology activated that will empower the Super Internet sometime in August. As reported yesterday, the European Center for Nuclear Research, the place where the internet was created, also known as CERN is preparing to activate the Large Hardon Collider, a particle accelerator that will recreate the conditions of the universe directly after the Big Bang, in a quest to find an elusive particle called Higgs boson that is thought to hold the secrets of creation. The plaintiffs are arguing that tinkering with such technology can create a monstrous black hole or introduce unknown matter that can destroy the Earth.

The framework to run this massive machinery will become the basis for what will be known as the “Super Internet.” An unprecedented amount of power will be required to create “mini black holes” in this laboratory and researchers at the institute have insisted that measures have been made to carefully utilize the “grid” and not destroy the planet. We’ll keep you posted if any further developments become available. CLICK HERE for more info.

Editor’s Note: If you can recall the scene in the beginning of “Hell Boy” when they opened up the black hole, this is what the plaintiffs are fearing can happen with this super-powered device.