LMAO. Mr Commodore is hands down the funniest cat on IG.

Watched this guy on Instagram stay down to come up. Congrats.

For decades, if you want to be a famous entertainer, you either had to go on TV, star in a movie, or get a record deal. But today, celebrity is made online. Social media platforms are allowing a new generation of social media stars to bypass the traditional gatekeepers and connect directly with their fans.
END_OF_DOCUMENT_TOKEN_TO_BE_REPLACED 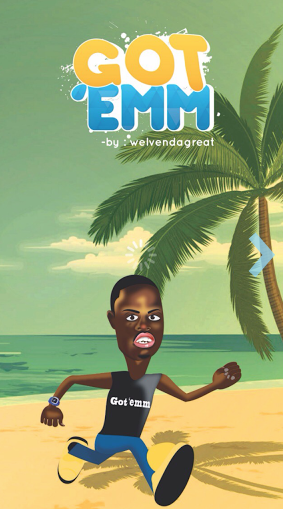 Can’t knock this guys hustle. As was so eloquently stated when I saw this posted on IG, he has officially turned his 15 minutes into an hour. More pics from the game after the cut.. 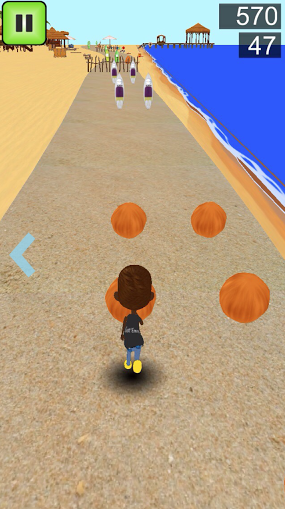 After making an impact on the world through his viral videos and contagious personality, internet sensation “WelvenDagreat” announces his own mobile gaming application to his 1,250,000 Instagram followers. That’s right, Welven has over 1 Million followers on Instagram with more celebrity followers than anyone on the internet. He has over 5.7 million likes, his fans have engaged with more than a million comments! Who’s laughing now??? This is a great true all American story. 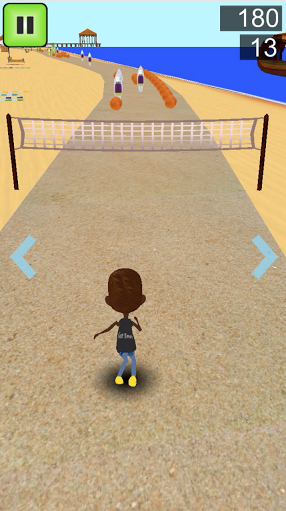 “Got Emm” is a continuous running game that follows Welven through his favorite cities; Los Angeles, Las Vegas and Miami. During his journey the young character is faced with familiar obstacles while collecting his infamous “Nuts”.

Yes, you may have played running games before, but now you can laugh to your favorite Welven taglines while playing!

Earn or Buy coins to beat your friends! 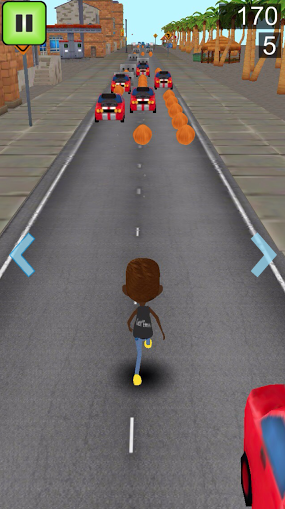 The game features his authentic tag lines; “who aint got no b*tches”, “Got’emm”, and “Deez Nutz!” which have been parodied by numerous comedy legends including Kevin Hart and Martin Lawrence.

Beyond just being incredibly entertaining, his game is designed to help improve hand eye coordination in youth and adults and serves a deeper purpose. With easy swipe and tilt controls the user is able to maneuver “WelvenDagreat” through his 3D world and competing with other users on the game center. “Got Emm” is available on itunes and google. Got Emm! This is the beginning of this game, there may be more updates and in game add ons to come! You’ll just have to play to find out.

When keeping it real on social media goes wrong.

28 year old John Mogan takes photos of himself with wads of cash and posts it, just days after a savings bank was robbed in Ashville, OHIO on August 24th.

Somebody get my dude a good barber.

Desus and Mero visit the crib of Vine star Nicholas Fraser and get to meet the porcelain star of “Why You Always Lyin.” In his fact ascent to stardom perhaps the next time you see him he’ll be with Kanye West and Kim Kardashian.

We are definitely in the era of ‘turning guts into butts’.

A STEEL worker is forging a career as a model – using her surgically enhanced 50-INCH butt. Patricia Washington, 31, hopes to escape her tough life in a Detroit steel mill, where she is the only woman on the work floor. Growing up in the impoverished US city, Patricia witnessed her mother’s murder when she was just eight. But now, thanks to her voluptuous figure, she is shooting for a life as an international model – and has already more than 150,000 followers on Instagram.

The NBA should have a contest whereas one dunker wins a chance to compete against the NBA’s best. It would bring some life back into the contest. With that being said never heard of this guy aptly named Jordan (Kilganon) or his previous dunks but this caught my eye and is post worthy. Oh yeah he is only 6′ 1.

Buying illegal wild animals in Kuwait is, as one local puts it, “as easy as acquiring a cupcake.” Pets have long been used as status symbols the world over, but citizens of the Gulf take the prize when it comes to keeping the most exotic, controversial species—most commonly, “big cat” cubs.

END_OF_DOCUMENT_TOKEN_TO_BE_REPLACED

High time to bring this back to the blog. Here we have the gorgeous Qadirah aka Bellaagunz who you may have seen in Fab’s “Lituation” video. Hit the jump to see more of this chocolate beauty who definitely is deserving of being the first to reintroduce our most popular segment of the blog. Spotted at Boxden.

END_OF_DOCUMENT_TOKEN_TO_BE_REPLACED 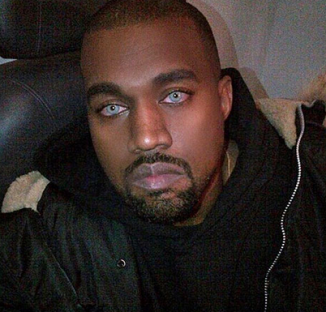 This dude has obviously lost himself. The Kanye we knew a few years back is deceased and this attention whoring self proclaimed genius who drags a stoic faced baby to fashion week has taken over for good. RIP Kanye West.

This ninja is insane. LMAO.

Tearing up up your Instagram feed as we speak.

If you are not following Plies on Instagram you are missing entertainment at its finest. 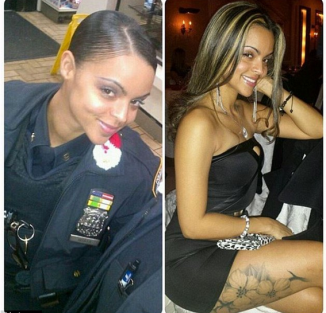 Social Media has invaded every segment of society and the NYPD seems to have a serious problem with their officers posting selfies with their uniforms on:

In a statement in response to the probe, John J. McCarthy, NYPD Deputy Commissioner, said: ‘Members of the Police Department are prohibited from posting photographs of themselves in uniform without the prior authorization.
‘This does not include photographs taken during official department ceremonies. This directive is in compliance with the New York City Social Media Policy and is in part intended to protect officers from divulging identifying information on social media sites that may endanger officer safety.

Breach of these guidelines can result in harsh disciplinary action including termination. However sources told the Daily News that the female officers involved could lose 10 days vacation.

A group of female NYPD officers are facing disciplinary action after photos of them in uniform were posted on sexy Instagram account.
The policewomen posted photos of themselves posing away from work alongside images of them wearing their badges – allegedly violating the department’s social media policy.
END_OF_DOCUMENT_TOKEN_TO_BE_REPLACED

“The Noodle” How to make it in this music business in 2014-2015.. FOLLOW THESE EASY STEP AND YOU’RE ON.. w/ @woody_thegreat S/O @360LifeClothing for the hoodie (TAG A PRODUCER) #TheNoodleDance #Viral Coming to iTunes soon 😎😎😎

He spoke the gospel with this video right here.

This is my impression of @chrisbrownofficial dancing in his "Loyal" video….I'm a fucking dancing machine 😂😂😂😂

Kevin Hart is a fool for this right here. This was sometime last week. 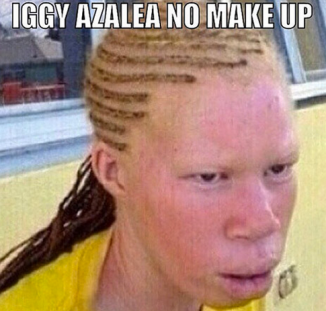 Doggie Diamonds brings some clarity to the beef between Snoop Dogg and Iggy Azalea that was eventually squashed by T.I. I watched Snoop’s apology and it was a strong hint of sarcasm in it and it looked more about his relationship with T.I. and less about sincerely being sorry for the things he said about Iggy. Hit the cut to check out both videos..

END_OF_DOCUMENT_TOKEN_TO_BE_REPLACED 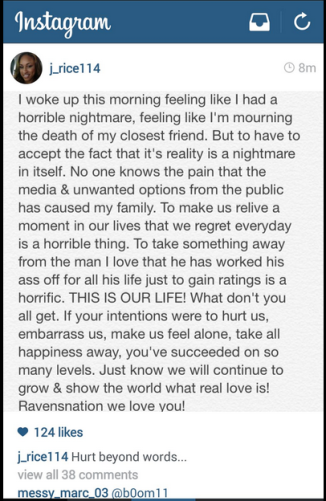 Janay Rice speaks on the surrounding controversy and aftermath of the shocking video released by TMZ, of her now husband Ray Rice punching her in an hotel elevator, that got him booted out of the NFL. 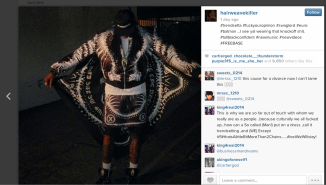 The hashtag #fuckyouropinion obviously shows 2 Chainz could care less that his fans are less than supportive of him with this particular outfit, that actually looks like it belongs on a Geisha Girl. Hip Hop is Dead. 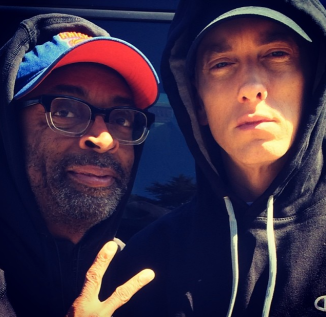 After posting this pic on his instagram to let everyone know that Spike is directing his new video for “Headlights” I could not help but notice that Em looks older than Spike Lee who is 57. Maybe its the drugs all those years or he is an insomniac or a combination of both. Get some sleep Em. 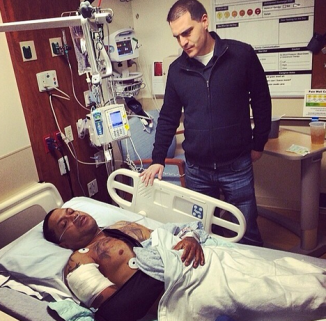 You knew that this could not take place without Instagram being the first place where these images would surface. In these pics he is being comforted by his business partners Dave Mays, and Stevie J and his girlfriend. Somewhere Mona Scott and VH1 is figuring out how to weave this into the show to being a rating bonanza. More pics after the cut..

END_OF_DOCUMENT_TOKEN_TO_BE_REPLACED

Once again the addiction of social media has surfaced and brought down a multi-million dollar drug gang who could not stop posting their exploits on Facebook and Instagram. You would think even drug dealers would smarten up and keep their activities quiet for fear of the authorities easily putting together the pieces but in this day and age that is not the case. Daily News has the scoop below: 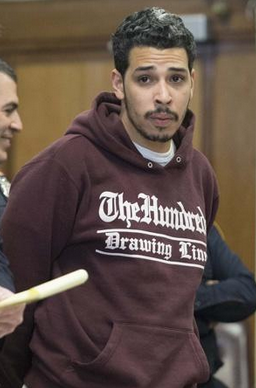 A massive and dangerous Manhattan coke ring that made millions delivering door-to-door coke for $120 a gram is now out of business — thanks in part to the gangsters’ own incriminating online boasting and photo-posting, officials said today.