Let’s hope this really goes down and not just a bunch of talk. We have seen this type of talk before and nothing materialize so I am gonna remain skeptical. Lupe’s answer after the cut .

“Me, Black Thought and King Los versus ANYBODY,” the 41-year-old Hip-Hop mainstay screamed. “I don’t care who you tell…Red Bull Music Academy, put up [$1 million dollars on the contest] and we’ll give our winnings to charity and take your money too. I’m tired of these dudes pretending like they dope. You alright but relax. The dope ni**as that think they dope, you ain’t as dope as you think.”

END_OF_DOCUMENT_TOKEN_TO_BE_REPLACED

This is too dope.

This is the now infamous performance where Lupe gets kicked off stage for spitting some anti-Obama lyrics during a performance of some inauguration related event. Those of us familiar with Lupe, know his diatribes against Obama so this is nothing new. A friend of mines stated that those who booked him should of known what they were getting into by having him perform. This is a fair statement, but was Lupe hired to perform under the context that he would perform material that was free of any criticism of the Obama administration? If so then Lupe is an self righteous asshole looking for attention. If not then to the promoters who booked him you get what you pay for.

Lupe Fiasco courts controversy again with his comments about President Obama. I can definitely understand his points, but to rest this squarely on Obama’s shoulder is short sighted because these current policies have been in action for decades upon decades, so his mantra of blame it on the black dude will come up short with alot of people. This is a corrupt system without a doubt and yes voting will not do anything to change that but how many are willing to accept that only through bloody revolt would anything change in this country.

One mans trash is another mans treasure as evidenced by another Lupe song, that turned into a B.O.B smash hit. 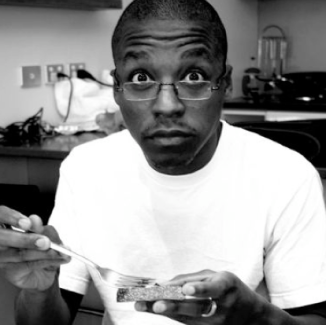 The Fifth Annual Brooklyn Hip Hop Festival, which has staged such acts as Big Daddy Kane [click to read], Lupe Fiasco [click to read], and Ghostface Killah [click to read] in past events, recently announced their featured guest artists for this year. All New York-based, rappers Styles P, Pharoahe Monch, and Smif-N-Wessun will take the stage June 20 at the Empire Fulton Ferry State Park. 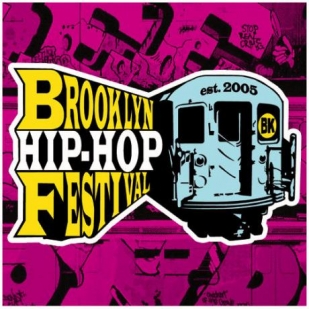 Wes Jackson, executive director of the festival, expressed his satisfaction on the artists decided upon for this year. “We are more than pleased when we look at our lineup so far. Our goal has always been to unite the Hip-Hop audience under one banner. Monch, Styles and Smif-N-Wessun represent different branches of the Hip-Hop tree. They defy the labels stamped on them,” he said in a press release. END_OF_DOCUMENT_TOKEN_TO_BE_REPLACED

In an effort to bring awareness to the worldwide water crisis, Chicago lyricist Lupe Fiasco has confirmed plans to ascend Tanzania’s Mount Kilimanjaro.

Fiasco was recruited for the stunt by Ethiopian pop singer Kenna, whose father nearly perished as a child due to a lack of clean drinking water. 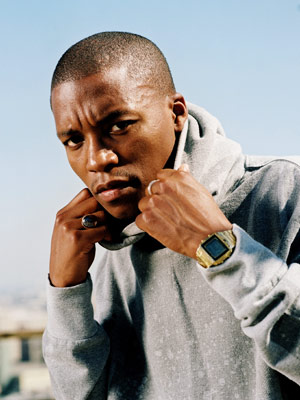 “My dad almost died as a child from waterborne diseases in Ethiopia, and he had talked to me about digging a well there,” Kenna explained to Elle Magazine. “I thought, ‘I have too many friends who would be concerned with the subject of clean water.’ Maybe I can help out.”

Mount Kilimanjaro boasts the highest peak on the African continent at 19, 330 feet. Most routes to the top of the mountain take a maximum of 6 to 7 days.

Although the voyage is a popular retreat amongst climbers, the journey is not without its dangers. END_OF_DOCUMENT_TOKEN_TO_BE_REPLACED

Not really a Lupe fan.

Having already teamed up with Converse on a previous PRODUCT (RED) effort, an initiative to build awareness and raise money for humanitarian efforts, Lupe Fiasco makes a return in 2009 with another rendition of the classic canvas sneaker. Entitled the 100 Supplementaire, the kicks feature the gifted lyricist’s political opinions with newspaper font plastered throughout the all-white uppers and a symbolic red eyelet. This latest PRODUCT (RED) project is slated to release this month at select Converse retailers.

I’m not 100% sure if this is going to be a side project, or if this is just a one off experiment, but Lupe (or rather, Percival Fats) is now fronting a rock band he is calling Japanese Cartoon, and is singing in a British accent.

Lu has been speaking in code lately on Twitter (with the exception of giving me my new moniker “Leaky”) about his latest recordings, so maybe this is what he was hinting at.    Check it out for yourself.

In other Lupe news, he also recently announced his first single from Everywhere will be “Shining Down” and he also has a DVD dropping in March.  Hey Lu, can I leak that one too?

Thanks to Smoke and Sean

Look, Lupe will always be known for his outlandish statements, even more so for his music. So, before I make a judgment call I want y’all to chime in on these statements and tell me if they hold any validity. Did Obama give a flat acceptance speech? Do you honestly feel like Jesse Jackson’s tears were joyful tears for King’s Dream and Malcolm’s struggle? Is Lupe f*cking buggin?

Dita Sunglasses made 10 custom versions of their Midnight Special model specifically for Lupe Fiasco’s recent tour. Now that the tour is over, Dita has decided to release a limited amount to the public for a $575 price tag. Sunglasses are available at the Dita website. Check out a close up of the Lupe Midnight Special after the jump. Via: Highsnobiety/wooohah 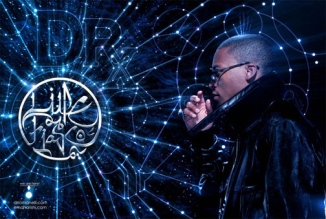 “I am looking forward to the ‘Coca-Cola Refresh Your Flow Tour.’ It’s a unique opportunity for me to bring a message of positivity and what it really means to be cool,” Lupe said via a press release. “I hope it will be an unforgettable experience for every teen who attends.”

The ‘Coca-Cola Refresh Your Flow Tour’, which kicked off yesterday (July 17) in L.A at Hollywood’s Avalon club, will travel to five other cities throughout August. END_OF_DOCUMENT_TOKEN_TO_BE_REPLACED 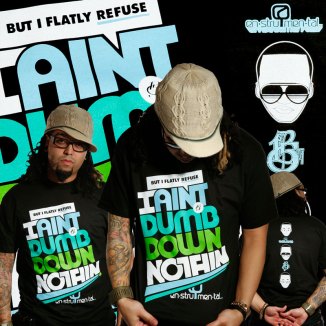 I’m loving these collabos between street wear companies and rappers. This is the latest to come out of the labs of Chicago based ENSTRUMENTAL and Lupe Fiasco’s 1st & 15th imprint. It’s called the “Dumb Down” tee and it reads “They told me I should come down cousin, but I flatly refuse, I ain’t dumb down nothing,” a line made famous from “Dumb It Down” off of Lupe’s sophmore album, The Cool.Go the these dudes site, http://www.enstru-mental.com to get ordering details. 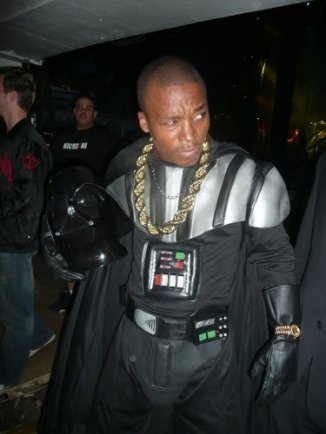 Props to homey Ice who linked us with these pics from Kanye’s Blog from the just begun Glow In The Dark Tour (still trying to figure why Rihanna is on the bill). Obviously these cats are pulling out all the stops. 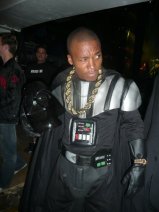 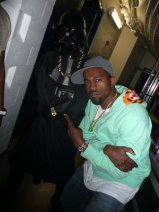 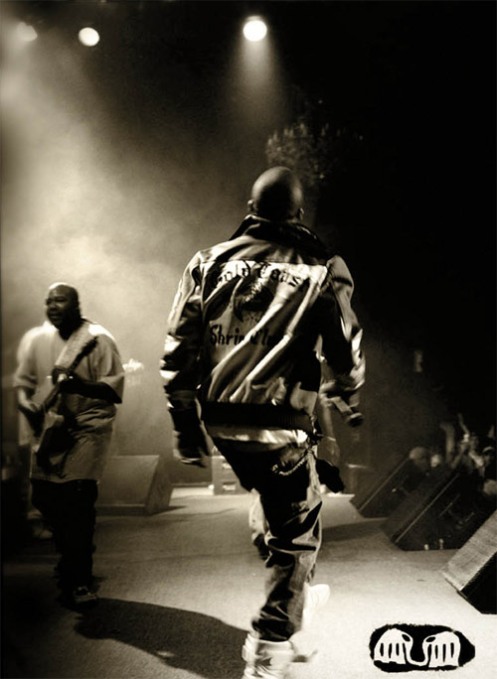 Found these tour jackets on HB made for Lupe to sport on the much hyped “Glow in the Dark” tour also featuring Kanye, Rihanna, and N.E.R.D . We in NYC love to rock leather bomber jackets and don’t be surprised if you see rap’s elite with them on before it gets too hot. More info below: 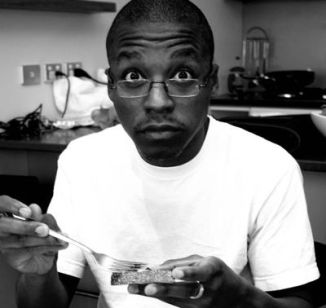 It seems that two of Houston’s finest, had alot to do with the banging track “Hip Hop Saved My Life” off of gold album The Cool. Slim Thug and Bun B were subjects of this song and Lupe tells MTV why these southern rappers were his motivation for the song.

With ‘Hip-Hop Saved My Life,’ I attempted to make ‘Kick, Push,’ but for rappers,” he explained to MTV Base. “To give a real basic play-by-play of the life of a rapper before he makes it — if he ever makes it, because you can get stuck in that and be trying to make it for the rest of your life.”

The genesis of the track came when the Chicago lyricist went to Houston for a show. The rapper said the town was “spaced-out,” in terms of the distance between things, and it gave the city a feel as if there wasn’t much to do. So UGK legend Bun B picked up Lupe and led him on a tour of H-Town 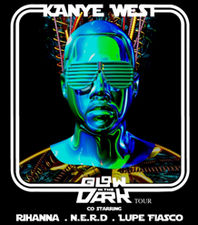 Absolut Vodka has signed on to sponsor the Kanye West tour dubbed “The Glow in the Dark Tour Ignited by Absolut 100.”  In addition to tour sponsorship Absolut has agreed to host after-parties in each tour destination.  The venue will be designed to replicate Kanye’s stage display featured at this year’s Grammys.  Also featured will be N*E*R*D, Lupe and Rihanna for most shows, as reported.  The tour will kick off on April 16th in Seattle and wind through 31 more stops before the finale May 3oth in Calgary.  Tour dates are listed after the jump: