END_OF_DOCUMENT_TOKEN_TO_BE_REPLACED

Ross keeps rolling them out. By time he’s done he’ll have a vid for every joint on his album, and hopefully have a gold plaque to walk away with for all the hard work. Um, somebody tell the big fella leave the goons out the booth though, its getting kind of crowded in there!

The numbers are finally in and it seems as if HitsDailyDouble.com’s projections were pretty much on par. Miami Boss Rick Ross grabbed the top spot in his debut week, hustling up over 157,540 copies of his third Def Jam release Deeper Than Rap, while suburban newcomer Asher Roth sold 65,380 discs of his breakthrough album Asleep in the Bread Aisle, according to Nielsen’s SoundScan. [View XXL Projections Here]

Ricky Ross didn’t surprise anyone by landing at the top slot on the Billboard 200, his third consecutive no. 1 album since his debut LP, 2006’s Port Of Miami. While Deeper Than Rap didn’t sell as much as his predecessors, Ross made sure to stay in the public eye leading up to its release by sparking a beef with 50 Cent. Fueled by his lead single, “Magnificent” with John Legend, DTR features cameos from a who’s who list of collaborators including Lil Wayne, Kanye West, T-Pain, Nas, Ne-Yo, Robin Thicke and Foxy Brown, among others.

At no. 5 is PA native Asher Roth. The latest great white hope fell about 5k units short of the projections, yet still scored a pretty impressive first week sales figure considering he is a new act. Not to mention the fact that as XXLMag.com reported last week, the label under shipped Asleep in the Bread Aisle to stores.

Holding on to the Top 10 in his third week is Yonkers MC Jadakiss with his Def Jam debut The Last Kiss. Jada managed to sell 30,400 copies of the disc this week, bringing his total to 210,120. END_OF_DOCUMENT_TOKEN_TO_BE_REPLACED

Ricky Ross has taken his “Boss” campaign to another notch by venturing South of the border for his next video, “All I Want” featuring The Dream.

While in South America, the Mayor of Miami took a trip to the spot in Medellin where Pablo Escobar got rubbed out. Now, the audio isn’t the greatest but listen close and you can hear Ross transform into an expert on all-thing “Escobar.” 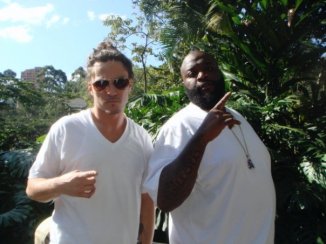 Shout out to Big Teach and Avery Storm for this one. 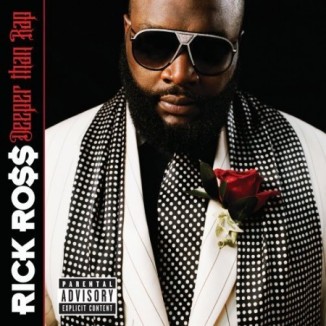 I heard a snippet of this earlier and thought irregardless of the drama the Boss is going through he continues to cook up smash records.  This joint is retarded if I may say so!!

Just by the change in lingo I can tell that the BOSS Ricky Ross has been aiming for the female market something fierce.   By the look of things, I guess the suites up at Def Jam are waging their bets on the ladies showing love for the big fella, cuz the street cred is on life support. Well, here goes…I hope homie ain’t beltin’ out tunes on this one! 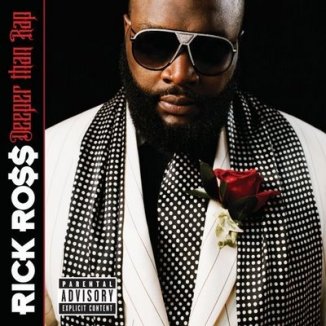 Damn Boss, why did you have to go and f*ck with Fif? I can’t find myself getting into Ross’ music the way I use to, and I really like this joint here. I just can’t get the “Officer Ricckkkkyyy” chorus out my head. But marketing wise it was slick to tie something into the Kentucky Derby, since that’s like the new Hamptons.