Well it seems this story has sparked interest from the NYPD.

NEW YORK — New York City police have begun an investigation into an online posting supposedly from a convicted felon who claims to have shot and robbed slain rapper Tupac Shakur.

Police spokesman Paul Browne said Wednesday if police determine the post is legitimate they will seek to interview the prisoner.

The claim was posted on the website AllHipHop.com. The person says he was paid $2,500 by another hip hop mogul to rob Shakur outside a studio in Manhattan in 1994. Shakur suffered gunshot wounds but eventually recovered. He was later killed in 1996 in an unsolved slaying.

Wow. We have definitely have been in a crazy resurgence of everything Tupac culminating with the street banger “Tupac Back” courtesy of Maybach Music signee Meek Mills and Rick Rozay. Now comes this out of the world news that Dexter Isaac has not only admitted to shooting Tupac Shakur back in 1994, but that Jimmy Rosemond aka Jimmy Henchmen paid him $2500 to do it. Unbelievable. 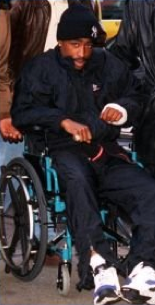 A man has admitted to shooting rap star Tupac Shakur in 1994 after allegedly being paid $2,500 dollars by James “Jimmy Henchman” Rosemond inside Manhattan’s Quad Studios in November of 1994.

Dexter Isaac, a former friend of Rosemond, is an inmate currently serving life in prison for murder, robbery and other offenses.

Isaac came forward Wednesday (June 15th) with the information on the eve of what would be Tupac’s 40th birthday.
END_OF_DOCUMENT_TOKEN_TO_BE_REPLACED