The world’s 20 highest-paid hip-hop acts have earned about $4.5 billion over the past decade—not bad for a genre spawned from the ashes of the South Bronx. With the help of hip-hop’s founding fathers as well as modern-day Cash Kings, we explain how.

Dr. Umar Johnson speaks on the reality of rich black Americans and there refusal to help their communities.

Using his native LA as the backdrop, Jay Rock hits the streets to bring his latest single, Money Trees Deuce, to life.

Top Dawg took to Twitter today to liberate this brand new track by Watts’ own, Jay Rock. As of March 15, 2015, every other Black Hippy member has put out two projects since Jay Rock’s 2011 debut, “Follow Me Home”. In other words, we are long overdue for another Jay Rock album.

END_OF_DOCUMENT_TOKEN_TO_BE_REPLACED

They didn’t want information this time they wanted cash.

Dr. Umar Johnson calls out the black church and it’s use of funds given to it by the faithful. Are black churches all ‘about the money’ and nothing else?

As the conversation continues to rage on about the ‘purchasing’ power of ‘Black’ America this article takes a look at that dynamic and see’s exactly where ‘Black’ America would place if it were paired against other countries in the world.

END_OF_DOCUMENT_TOKEN_TO_BE_REPLACED

A new report says the world’s wealthiest 1% of people now own almost half of the planet’s riches. That’s a rise of almost ten percentage points from last year, indicating that global inequality is widening at an alarming rate. RT’s Marina Kosareva has more

If you have not heard of Bitcoin you have not been paying much attention to financial news of late concerning the internet and the sea of changes that have been taking places. Well take the first step and watch this video on Bitcoin and learn a thing or two about this new wave in digital currency.

These recent ‘gold digger’ videos have been springing up on the net past few months and people have got a kick out of them in saying that women are by nature gold diggers. Here we have a rebuttal video which sets out to prove these videos are ‘fake’ and not a true depiction of women when approached by men.

TMZ posted these pics of Verne Troyer aka Mini Me as he tries to show 50 Cent who is the guy with the real loot. I say Mini Me got him this time. 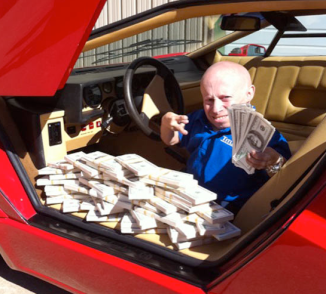 END_OF_DOCUMENT_TOKEN_TO_BE_REPLACED

NEW YORK (Reuters) – Private equity company Blackstone Group LP (BX.N) CEO Stephen Schwarzman said on Tuesday that up to 45 percent of the world’s wealth has been destroyed by the global credit crisis.

“Between 40 and 45 percent of the world’s wealth has been destroyed in little less than a year and a half,” Schwarzman told an audience at the Japan Society. “This is absolutely unprecedented in our lifetime.”

But the U.S. government is committed to the preservation of financial institutions, he said, and will do whatever it takes to restart the economy.

U.S. Treasury Secretary Timothy Geithner plans to unfreeze credit markets through a new program that will combine public and private capital in a fund that would buy bank toxic assets of up to $1 trillion.

“In all likelihood, that will have the private sector buy troubled assets to clean the banks out in terms of providing leverage … so that we can get more money back into the banking system,” Schwarzman said.

He expects the private sector to end up making “some good money doing that,” but added there were complex issues on how to price toxic assets. END_OF_DOCUMENT_TOKEN_TO_BE_REPLACED

People love referencing “Rich Dad/Poor Dad” whenever they speak on economics. Well, lets listen to what Mr. Kiyosaki has to say about volatile economic systems that depend on debtor notes/fiat, or what we commonly refer to as “paper money.” Kudos to Robert, get ya self some Gold & Silver!!  There’s a fortune to be made in a recession.

P.S. His predictions were on point! 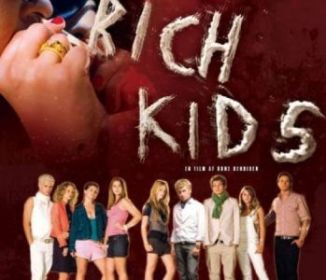 A recent study has come out and suggested that todays kids are pressured into having expensive clothes and items. These unrealistic goals are seemingly giving alot of children psychological problems that effect their ability to feel acceptance based on character alone. This report speaks to a society that puts a premium on material items. How can we in America prove to children that having a new pair of Jordans does not make you any better than a kid with a pair of rejects. Very tough job indeed. Read more…

Okay this story probably has a couple of you wondering how to get your hands on some of these phony, but almost identical hundred dollar bills that seem to be in heavy circulation.  The bills deemed “super notes” seem to have some type of government connection due to the fact they contain the same cotton  and linen mix used in U.S. currency. Anybody got change of a hundred? More info at Cutthroatkids…