This went right under the radar.

An NYPD lieutenant is the latest active-duty cop to say that the department still uses arrest and summons quotas, despite a 2010 state ban on the practice and a denial from the city’s top cop.
The lieutenant, who asked not to be identified for fear of retaliation, told the I-Team that the 10 active-duty cops in a federal class-action lawsuit against the NYPD who came forward this week “were telling the truth” about the illegal practice.

“There is still a quota system within the NYPD,” the lieutenant said.

END_OF_DOCUMENT_TOKEN_TO_BE_REPLACED

The greatest comedian of the modern era Eddie Murphy speaks to Roland Martin about his music, the comedians of today, and his return to SNL after 30 years. Will definitely be a ratings bonanza for NBC with Eddie showing up. 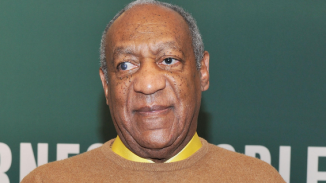 From America’s most loved to most hated…real quick.

In January, NBC announced with fanfare a plan to bring Bill Cosby back to television. Now, that pilot has been killed as Cosby’s public persona continues to suffer from recent and renewed accusations from multiple accusers that the comedian, now 77, sexually assaulted them. A source told BuzzFeed News, on Wednesday morning, the plug was officially pulled on the show.

After struggling to find success in a broad family comedy, NBC reached into its past in an attempt to fix that problem and made a deal with Cosby around the idea that he would play a patriarchal grandfather. Sony was to be the show’s producer, but in an unusual deal, NBC was paying Cosby directly, with a large financial penalty attached should the project not go forward.

END_OF_DOCUMENT_TOKEN_TO_BE_REPLACED

This may be Emmy worthy. NBC takes us on an unprecedented trip inside the corridors of the White House and gives us a look into the daily inner workings of President Obama, his staff and family. 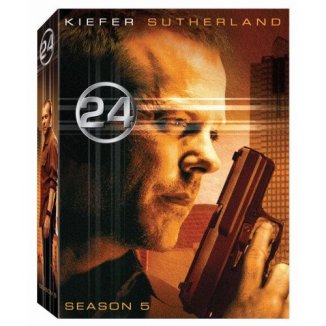 LOS ANGELES (AP) – News Corp.’s 20th Century Fox Television studio has asked producers of shows such as Fox’s “24” and “My Name is Earl,” produced for NBC, to trim their budgets this season by 2 percent, a spokesman said Wednesday.

The cuts will affect between 16 and 20 shows currently in production, but will probably not result in layoffs, said spokesman Chris Alexander.

“We don’t anticipate that there will be any layoffs. Where the cuts will be made will be at the discretion of every show runner,” he said. “Everyone understands that revenues are down and these steps are necessary to protect our business.”

The move is part of a wider cost-cutting initiative at News Corp.’s Fox properties, from TV stations and the film studio to MySpace, as advertising revenue has fallen across all media. The company has been cutting travel and entertainment budgets and leaving vacant jobs unfilled.

The Walt Disney Co.’s ABC Studios made a similar 2 percent budget cut across its TV shows in November.

CBS Corp. said Tuesday that it laid off a small number of executives and staff at its in-house programming arm, CBS Entertainment, and its production studio, CBS Paramount Network TV.

Earlier this month, General Electric Co.’s NBC Universal cut 500 positions, or 3 percent of its work force; and Viacom Inc., owner of the MTV and BET networks, laid off 850, a 7 percent reduction. 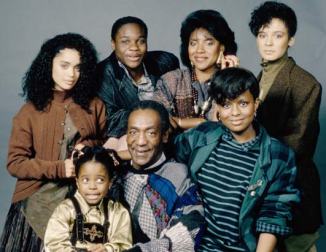 Bill Cosby has long bristled at suggestions that his pioneering NBC comedy, “The Cosby Show,” was somehow unrealistic in its portrayal of a black upper-middle-class family.

So with the Obama family set to take up residence in the White House, Cosby reflected on those statements last week with a chuckle. “For all those people who said they didn’t know any black people like the Huxtables,” quipped Cosby in a phone interview, “all I can say is, ‘Will you watch the show now?’ ”

The entertainer and comedian, who was promoting Tuesday’s release of the 25th anniversary box set of “The Cosby Show,” also admitted to being pleased with observations about the role of the so-called “Huxtable factor” in Obama’s victory.

“The Cosby Show” broke ground in its depiction of a black family during its eight-season run from 1984 to 1992. The wildly successful show kicked off a formidable comedy block on Thursday nights and helped to convert the network into a ratings powerhouse for years.

“I like what people are saying now,” said Cosby. “All the problems were not necessarily solved but were dealt with without violence. The parents made corrections, and people really enjoyed watching this black family.”

Cosby also lamented the virtual invisibility of the black family on TV today. None are featured prominently in series on CBS, NBC, ABC or Fox — and only one broadcast network series, the CW’s “Everybody Hates Chris,” revolves around a two-parent black family. 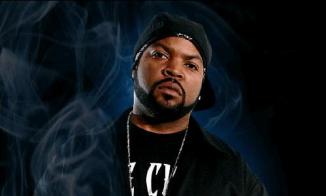 Ice Cube will be returning to television to help pen an upcoming police comedy series for NBC.According to Variety, the rapper-turned-mega actor will both write and executive produce an untitled show aiming to offer the major network something different to help compete with TV ratings.

“As we continue to expand our roster of diverse talent both on-camera and behind the camera, a guy like Ice Cube, whose multi-talented, is someone we really wanted to be in business with,” NBC entertainment chairman Ben Silverman told Variety. “He’s had an amazing career, to have gone from NWA to this.”

While his role on the project is off-camera, the executive would not mind if Cube offered some on-screen time in the process. END_OF_DOCUMENT_TOKEN_TO_BE_REPLACED

According to Entertainment Weekly, NBC has asked T.I. to remake their famed NBC jingle in a rebranding and promotional effort. As part of the promotion, NBC has also asked artists such as The Flaming Lips, BB King and Clint Black to all make their own versions as well. T.I. is of course reppin’ the hip-hop scene and filmed promotional videos for NBC not too long ago. The promos of T.I. and his collaboration will start airing around Thanksgiving.

[redlasso id=”a1d260a3-98aa-4737-8949-a9fe8d369912″]
Okay it seems as if Katie Couric is ready to leave her post at CBS nightly news and kick Meredith Vieira back to The View. She is set to make an make a major announcement in her old stomping grounds of the Today show.

Not really sure what she is gonna announce but people in the media world are watching this very close, because the experiment of her being the first woman to anchor an evening news broadcast has failed miserably.I think she is outta there and looking for a new job!!

Check the thinly veiled swipe Matt Lauer takes a Meredith Vieira for calling in sick too many times and her uneasy reaction to Katie coming back. (I will get back to some more Hip Hop in the next post.)

NBC Universal plans to announce that it will start a 24-hour local news channel along the lines of cable’s New York One. It will de-emphasize the identity of the NBC network’s flagship station, WNBC, Channel 4 in New York, rechristening it a “content center,” and making it one part of a larger local media effort.

NBC’s plan calls for rebuilding Channel 4’s newsroom and melding its content closely with the coming news channel, the existing local Web site, and out-of-home video displayed in locations like gas pumps and back seats of taxicabs. NBC will even take WNBC’s name off its local news Web site, simply calling it NBC New York.
END_OF_DOCUMENT_TOKEN_TO_BE_REPLACED 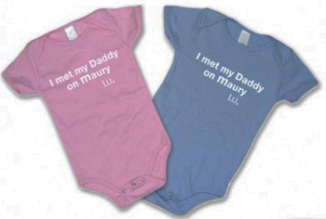 Have they no shame? It was just a matter of time before NBC realized what type of franchise it had on its hand with the antics of The Maury Show. Now they are capitalizing on the brand by commercializing the phrase that Maury’s made famous…”You Are Not The Father!” along with “You Are The Father!” Now they are debuting a line of tees and onesies that revolve around that theme and you guessed it, they’re selling out! Now I would be the first to admit that Maury can be a lil’ addictive, I myself am a recovering addict but can you really stomach seeing a baby with a “I Met My Daddy On Maury” onesie? Where do we draw the line? If you feel this a late April Fool’s joke, CLICK HERE to see for yourself.

More Flicks after the jump…
END_OF_DOCUMENT_TOKEN_TO_BE_REPLACED

On the eve of the Year of the Rat, I smell a rat.  I can’t help but notice the systematic blackout of the “surge” being waged by Camp Obama.  The same media outlets who claim that Democrats are ignoring the Bush Administrations success in their Iraqi surge, have decided to stop reporting on the historic, monumental advancements of the Obama campaign.  In less than a week Obama has closed the gap on Hillary Clinton to become tied in some polls and in others he has taken the lead but news reports not only neglect to report this but they have spun the story to read that Hillary has caught up to him as if she was the one trailing!  Now I can’t help but note had this been a white candidate there would have been a teleprompter interrupting the Super Bowl to chat up the sportsmanlike comparisons of such a formidable opponent as Barack Obama and the obvious comparisons to the underdog Giants coming from behind to rattle the crowd favorite Patriots.  And just like the pundits seemed to have count all of their eggs before they hatched in regards to the Patriots taking it home they seem to have been caught with their hands in the cookie jar in regards to Hillary taking the Big Game.  Now Big Media doesn’t seem to know how to handle the spectacle of Obama possibly stealing the nomination.  After Tuesday’s landslide South Carolina victory, it was predicted that Hillary had a 25-40% lead on Obama.  Not only does the USA Today, Wall Street Journal & The Suffolk University poll have Obama ahead but he acquired endorsements from Caroline Kennedy, Ted Kennedy, MoveOn.org, Stevie Wonder, Maria Shriver and La Opinion, the country’s largest Spanish newspaper.  The talking heads said in order to contend on Super Tuesday in markets like California where the Hispanic populace holds the keys to victory he would need something gigantic like this.  Well, after pulling it off you would think this would be front page news wouldn’t you?  Nope.  What began as a love affair is now turning into a public grimace as the Media realizes there may be a possibility of one of politics major upsets.  Is it racism, favoritism, elitism?  Irregardless of the outcome, it remains incumbent upon the news to report the entirety of the story through a fair and balanced lens.  When they start doing the opposite in the eyes of the public then they no longer serve the public’s interests and they should be replaced or erased.  Turn off channel zero!