Neely Fuller jr explains that we need to be in the business of dominating words and not letting people get to us through words.

Glenn waxs poetic about what those black people should call themselves when it comes to the 2010 census. Even if he has a point he is still a racist and is in no position to be speaking on the subject due to his past outrageous statements. Sorry Glenn we still hate you!

Well with the smash success of ‘Jersey Shore’ are they gonna add ‘guido or douche bag’ too? I wonder who made the final decision to actually add negro, because they are hiding under the table at their cubicle as we speak. SMH. 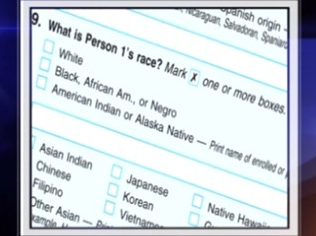 A fiery blast from the past is conjuring controversy in the new millennium. The word “negro” is now featured on an official U.S. document and now many are questioning if the Census Bureau is being insensitive.

It’s a word that many African Americans associate with segregation, so imagine how shocked many were to see it on the 2010 U.S. census form.

“The fact that it’s 2010 and they’re still putting ‘negro,’ I am a little offended,” said Secaucus resident Dawud Ingram.

END_OF_DOCUMENT_TOKEN_TO_BE_REPLACED

The Magic Negro is a simple, humble person. Perhaps he is a janitor, or a farmer, and he doesn’t know anything about those fancy colleges or them modern sciences, but what he knows, he knows from the heart, and that makes it truer than any of your whitey statistics, facts or pie charts.

Hollywood loves its stereotypes. From the beginning there were always characters that were very degrading and misleading. Blacks, Asians, and Latinos seem to get the brunt of these simple and shallow assertions by Hollywood writers. The irony is that these movies might be some of your favorites and promote these stereotypes right under your nose.  Full story at Cracked