The icon has passed.

Muhammad Ali, the silver-tongued boxer and civil rights champion who famously proclaimed himself “The Greatest” and then spent a lifetime living up to the billing, is dead.

Ali died Friday at a Phoenix-area hospital, where he had spent the past few days being treated for respiratory complications, a family spokesman confirmed to NBC News. He was 74.

After a 32-year battle with Parkinson’s disease, Muhammad Ali has passed away at the age of 74. The three-time World Heavyweight Champion boxer died this evening,” Bob Gunnell, a family spokesman, told NBC News.

Minister Farrakhan’s comments were made during a his Feb. 28, 2016 address at the Nation of Islam’s Headquarters, Mosque Maryam in Chicago, IL. His address was part of his Saviours’ Day 2016 message delivered in Detroit, MI. on Feb. 21, 2016.

In this exclusive interview, Minister Louis Farrakhangives an unprecedented look into his view on presidential candidate Donald J. Trump. Tune into The Alex Jones Show on Wednesday January 20, 2016 for the full interview.

This ain’t just for LA this is for black people worldwide.

Skipp Townsend ( http://www.2ndcall.org ) visits Washington D.C. for the Justice Or Else! Million Man March 20th Anniversary and the message he took back to the streets of South Los Angeles was that “Black-on-Black” violence can be cured by putting down the guns and stop the hating on your own brothers.

Before you make a snap judgement and dismiss what she says be sure to watch the whole video. For the full talk go HERE..

Donna Farrakhan has some interesting things to say about the emasculation of the black man. Take a look. 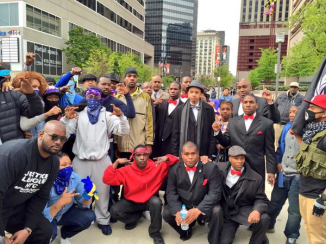 Word is starting to spread like wildfire across social media that the Nation of Islam has had a hand in forging a truce between long-time rival gangs the Bloods and the Crips in Baltimore. According to a recent report by CounterCurrentNews:

Reports among members indicate that members of the Nation of Islam organization brokered the truce, much the same as happened in Los Angeles two decades ago.

“I can say with honesty those brothers demonstrated they can be united for a common good,” Carlos Muhammad, a minister at Nation of Islam’s Mosque No. 6 said.

“At the rally, they made the call that they must be united on that day. It should be commended,” he continued.

“We can unite and stop killing one another, and the Bloods and the Crips can help rebuild their community,” Muhammad said in an interview with theThe Daily Beast.

A community organizer, DeRay McKesson, confirmed the ceasefire between the groups.

“The fight against police brutality has united people in many ways that we have not seen regularly, and that’s really powerful,” McKesson said.

“The reality is, police have been terrorizing black people as far back as we can remember. It will take all of us coming together to change a corrupt system,” he added.

Baltimore Mayor Stephanie Rawlings-Blake acknowledged the peace-brokering efforts of the Nation of Islam, singling them out specifically for helping to stop the violence in the community.

This is not the only information that has surfaced, however. An e-mail from the Baltimore Police Department that seems to be a response to this truce states that the alliance is a ‘credible threat’ to law enforcement agencies and they are told to take necessary precautions. The e-mail also states that the Black Guerilla Family has joined up with the Bloods & Crips, and various posts on social media claim GD’s are standing in solidarity as well. It appears these groups are not a threat when they are a divided and warring against each other, just when they unite and decide to take a stand against police brutality.

Minister Farrakhan speaks on his recent controversial meeting with Kanye West & Kim Kardashian. Hit the cut for the video..

END_OF_DOCUMENT_TOKEN_TO_BE_REPLACED

Geraldo gotta be next up. How ironic Rudy would be making these comments during Black History Month. Being from NYC and knowing that Rudy was a huge reason why this city was a powder keg waiting to explode into a race war. So if POTUS doesn’t love America what country does he believe?

No filter from Jay Electricity.

END_OF_DOCUMENT_TOKEN_TO_BE_REPLACED

In celebration of Malcolm X’s life, GIANT magazine caught up with his elusive grandson, Malcolm Shabazz. I had the opportunity of meeting Shabazz and I can attest to what he himself will openly admit, that being he is a young man looking for his way in a very unfamiliar world. He shared a lot of these sentiments with me that are echoed in this article.  I hope he pulls it together, he has a great spirit. 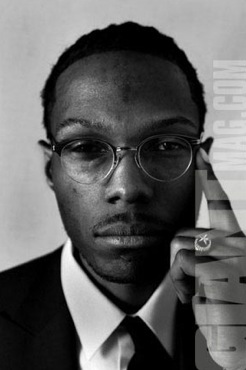 His grandmother, Betty Shabazz, widow of Malcolm X, was killed in a fire he started 11 years ago. He was 12 years old. He had been shuttled in and out of correctional institutions until his release from Attica Prison in February 2007. Now MALCOLM SHABAZZ, 24, is on a mission: to clear his name, stay out of jail and rise from the ashes of his past.

During the course of a long-standing exclusive correspondence with Aliya S. King for NewsOne and GIANT magazine, Malcolm spoke candidly and introspectively about a checkered childhood, an unstable family life, and the burden of being the sole male heir to an icon whose life and legacy have transformed millions of lives.

The following are woven excerpts from hours of conversation with Shabazz:

People often describe me as troubled. I’m not going to say that I’m not. But I’m not crazy. I have troubles. A lot of us do. But you need to understand where I’m coming from and why I am the way I am. Considering what I’ve been through, it’s a miracle that I’ve been able to hold it together. I’m just trying to find my way. [I’ve read newspaper stories about me that] say, “Experts testify [that boy] is psychotic.” The way they describe me is wrong — bi-polar, depression, pyro, whatever. I know I’m not at all. Some of the things I’ve been through, the average person would have cracked.

All my life, I’ve had [moments where] I’ve lived in the lap of luxury in the Trump Towers and not wanted for a single thing. And the very next day I’m [living in] a slum in a gang-infested Philly neighborhood, eating fried dough three times a day. One minute, I’m in a situation with structure and discipline. The next minute I’m running the streets with no supervision at all. One of my aunts has a friend who is very devoted to his children. I was hanging out with them one day and all he talked about was [their] schedule and sports and taking his kids here and there. I wish I had that. I wish I had someone whose purpose in life was to take care of me. That’s how white people do it. They plan for [their] kids. We don’t. That’s cause we don’t plan our kids. I wasn’t planned. END_OF_DOCUMENT_TOKEN_TO_BE_REPLACED

There is no better way to celebrate the life of El Malik Shabazz aka Malcolm X, than to listen to him in his own words. Much like Obama, his skill is in his oratory approach. With Malcolm, it extended into his entire presentation though, his presence, his disposition and his rigid stance. He was truly a prince amongst men. Honor him.

END_OF_DOCUMENT_TOKEN_TO_BE_REPLACED

Rapper TI was an invited guest of the Honorable Minister Louis Farrakhan at the Nation of Islam’s annual Saviours’ Day Convention in Chicago, IL., March 1, 2009. Although circumstances prevented his live appearance, he addressed the convention and youth in general via video message.

Snoop Dogg, T.I., Doug E. Fresh and more participated in the Nation of Islam’s Saviours’ Day convention over the weekend as a show of solidarity and a call for peace.

Snoop was among many who made the trip to Illinois in support of Minister Louis Farrakhan.

Snoop appeared at the Nation of Islam’s annual convention in a Chicago suburb. Wearing sunglasses, a dark suit and a tie, Snoop Dogg spoke briefly in front of a crowd of thousands Sunday and praised the Chicago-based movement’s Minister Farrakhan. (USA Today)

“I’m already in the Nation, that’s why I’m here,” Snoop said in an interview. “I’m an advocate for peace. I’ve been in the peace movement ever since I’ve been making music. My whole thing is not about trying to push my thing on you. It’s just about the way I live, and I live how I’m supposed to live as far as doing what’s right and representing what’s right. That’s why I was here today.” (BBC News)

Snoop also made a donation and Tip appeared at the conference via video. END_OF_DOCUMENT_TOKEN_TO_BE_REPLACED

I’m not saying that in 2009 everyone is going to convert to Islam and change their name but what I am saying is that nine symbolizes the highest level of change. Change is the basis of growth. Growth is the basis of life and if you are not constantly growing then you are dying. I say that all the time because I want people to really grasp that concept of thinking. The energy of change is all around us right now. Do you think it’s a coincidence that Barack Obama’s whole campaign was based on change? Is it just random he is called the “Agent of Change”? Hell no that’s divine. God designed it that way. His administration starts this year and if you voted for him you are part of his government. I voted for the first time ever last year. That alone is the direct reflection of the growth that change delivers but it doesn’t stop there. END_OF_DOCUMENT_TOKEN_TO_BE_REPLACED

Now, Maazi‘s walking blog and Crooked I’s weekly blog was trailblazing, I’ll give ’em that but this is just plain slick marketing. Summing up the news events in a weekly rhyme complete with visuals has me hooked on this clip from Jasiri X. I will keep y’all posted with the next episode.