Buying illegal wild animals in Kuwait is, as one local puts it, “as easy as acquiring a cupcake.” Pets have long been used as status symbols the world over, but citizens of the Gulf take the prize when it comes to keeping the most exotic, controversial species—most commonly, “big cat” cubs.

END_OF_DOCUMENT_TOKEN_TO_BE_REPLACED

Lisa Price speaks in detail on the immediate backlash she received when she filed for Chapter 11, eventually being acquired by L’Oréal, and her current position at the company.

Many have predicted that the dollar will eventually fall and this short documentary continues that philosophy. The guys who put this together also claim to have the know how on how to combat this oncoming crisis. I don’t know about that claim but this video should provoke some thought on where our financial system is heading.

Joseph Kony answers his critics and claims he is being framed and that propganda is being spread about him in terms of serious war crimes.

As I stated before, seizing $30 billion from Gaddafi is chump change, this dude has been raking it in for years with help from a bunch of countries doing oil business with him especially this country.

Colonel Qaddafi has control over the huge cash deposits, which have been stored at the Libyan Central Bank and other banks around the Libyan capital in recent years, the officials said.
END_OF_DOCUMENT_TOKEN_TO_BE_REPLACED

Totally different from what Saif said the other day. The saga continues..

The longest-serving leader in the Arab world; however, has set numerous conditions.
END_OF_DOCUMENT_TOKEN_TO_BE_REPLACED

Some things are just too good to be true. After seeing numerous specials about how this was the most luxurious place in the universe, it seems that things have come crashing down to earth very quickly.

Dubai—home to the future world’s tallest building, artificial islands shaped like a palm tree, and a misplaced faith in the power of wealth—is broke. The government has asked its many creditors for a six-month reprieve from debt payments.

The terse statement came in the middle of negotiations between creditors and Dubai World, the corporate arm of Dubai, which has led many of its most ambitious real estate projects, but is now struggling under the burden of $59 billion in liabilities…

The decision to take such a step comes just weeks before Nakheel, the developer of Dubai’s signature palm-shaped islands, was scheduled to make payment on its $3.52 billion of Islamic bonds. The conglomerate, which also owns Dubai’s huge port operations and has taken stakes in glamorous overseas properties like Barneys and MGM Mirage in Las Vegas, has billions of dollars of payments due in the months that follow.

Global oil demand will collapse next year and commodities will not return to the highs they reached this summer in the foreseeable future, two authoritative reports said on Tuesday as they forecast a long and painful worldwide recession.

The stark conclusions came as the World Bank’s chief economist predicted that the world faced “the worst recession since the Great Depression”.

The US energy department said global oil demand will fall this year and next, marking the first two consecutive years’ decline in 30 years.

“The increasing likelihood of a prolonged global economic downturn continues to dominate market perceptions, putting downward pressure on oil prices,” it said, forecasting that demand would drop 50,000 barrels a day this year and a hefty 450,000 b/d in 2009. US oil demand will drop next year to the lowest level in 11 years. END_OF_DOCUMENT_TOKEN_TO_BE_REPLACED 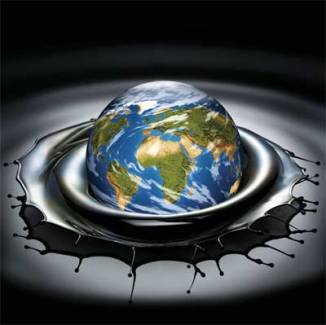 IRAN says it has discovered a new oil field containing more than one billion barrels of crude.

The field was in the area of Andimeshk town in Khuzestan province of southwest Iran that borders Iraq, Mr Nozari said.

Iran is the No.2 producer in OPEC and No.4 worldwide, although its ability to reach oil production targets has been hampered by a lack of international investment.

Production started in February from Iran’s biggest onshore oil field, Azadegan, which is estimated to have 42 billion barrels of crude oil. 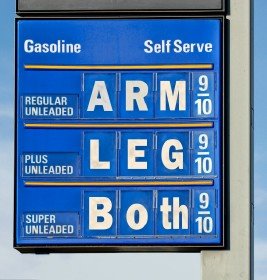 Yes ladies & gentleman the gas prices are costing us an arm & a leg & trust me I should know since I drive a Ford Excursion (sorry but I like big things, ass, tetas, checks, trucks) but anyway here is a look at what other counties are paying broken down per gallon (most countries go by a per liter basis) & translated to the U.S. dollar amount. Now I remember when I first started driving in ‘ 98 gas was arond the $1.20 mark, in ‘ 05 I had a Navigator with a 30 gallon tank size that cost me about $60 to fill @ around $1.80 a gallon that year & I’ve since switched to an Excursion which has a ridiculous 44 gallon tank size @ $4.03 a gallon…you do the math. 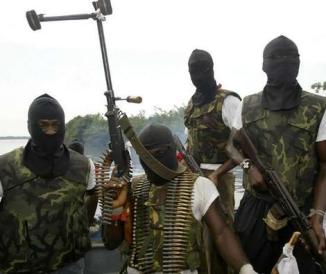 Nigerian rebels who are waging war against American and British interests in the form of oil conglomerates Royal Dutch Shelland Exxon Mobil
said they are strongly considering appeals by presidential hopeful Barack Obama to enact a cease fire. It isn’t clear when or how Obama appealed to the militants to put their arms up but they have stated that due to the high level of respect they have for the Illinois Senator they are strongly considering complying with his requests.

“The MEND command is seriously considering a temporary cease fire appeal by Senator Barack Obama. Obama is someone we respect and hold in high esteem,” the militant group said in an e-mailed statement.

The rebels which go by the moniker The Movement for the Emancipation of the Niger Delta (MEND) are waging a campaign to gain greater control over oil revenues. They have succeeded in shutting down the Shell plant which was responsible for pumping 164,000 barrels of oil a day into the international market, subsequently crippling output and driving global oil prices through the roof.

Editor’s Note: If this is any indication of how global diplomacy will improve just by Sen. Obama exerting his international appeal than America needs to be thankful that such a figure can came along and non-violently mend some of the wounds the US has historically caused for herself at the hands of cowboys and madmen. 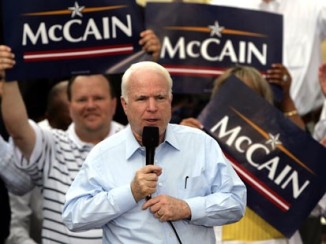 If loose lips sink ships than Sen. McCain has made enough gaffes to sink a small naval fleet. In his latest slight of tongue McCain was caught at a townhall meeting in Denver alluding to the ugly truth that America went to war in Iraq for oil, not WMD‘s as Bush and his cronies would have the American people believe. After re-thinking his strategy McCain recanted on his statement and said he meant America went into Iraq to save its oil interests in the first war fought by Daddy Bush. Yeah, OK John-John we know you didn’t mean to spill the beans but you just can’t hold up. You’re getting up there in doggy years and the retention of lies just ain’t what it use to be.

He’s famously botched other plans the Bushies have had on the back burner like the 100-year-war, which for the record is not the proposed 100-year stay in Iraq but the Pentagon’s super-secret “War Of The Slums” engagement but more on that later. We also posted a clip yesterday of a Minister asking John-John if he called his wife a “cunt” apparently another slip caught on tape.
END_OF_DOCUMENT_TOKEN_TO_BE_REPLACED