Warning if you have weak stomach please DO NOT watch.

All for burning a Christmas tree in his yard. We are in a Police State.

END_OF_DOCUMENT_TOKEN_TO_BE_REPLACED

After being slammed last year for his comments or lack thereof  about Mike Brown, Young Thug has changed his tune and spoke out vehemently on the situation in Baltimore.

I guess the tried, tested and true system of the NYPD investigating itself has kicked in after this video went viral.

The NYPD is looking into why an officer got physical with a guy who was filming a viral video for “The Ellen DeGeneres Show.”

The dancer is Alexander BOK, and he bills himself as “your favorite prankster” … that is unless you’re one of the cops he attempted to bust a move on in the middle of a NYC street.

END_OF_DOCUMENT_TOKEN_TO_BE_REPLACED

I thought filming officers was legal? I guess not in a militarized police state.

The real reason for me being pulled over was the fact that I’ve been known by their organization to film all of my interactions with police. –John Houghtaling

Here is an alternative method for dealing with the police instead of these Facebook rants and posts I have seen the last few months trying to convince the urban community to physically fight back against the police dept ,which ultimately will result in more black lives lost and at what reward? You have to outsmart your enemy and the police dept. is prepared and wants us to fight them physically in the street, which will just give them even more excuses to shed the blood of the people. Fight your enemy psychologically and not with emotions. 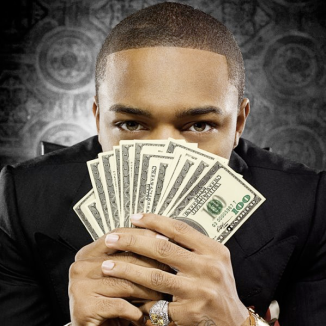 Things of this nature has been talked about for years and we are seeing them come to fruition. It is kinda of scary in a sense cause who knows how far these measures will be enacted in violence plagued neighborhood. Here they come:

D.C. Police Chief Cathy L. Lanier announced a military-style checkpoint yesterday to stop cars this weekend in a Northeast Washington neighborhood inundated by gun violence, saying it will help keep criminals out of the area.

“I knew eventually we’d be a police state,” said Wilhelmina Lawson, who has lived in the neighborhood for 20 years. “They don’t talk to us, they’re not community minded.”

Starting on Saturday, officers will check drivers’ identification and ask whether they have a “legitimate purpose” to be in the Trinidad area, such as going to a doctor or church or visiting friends or relatives. If not, the drivers will be turned away.

The Neighborhood Safety Zone initiative is the latest crime-fighting attempt by Lanier and Mayor Adrian M. Fenty, who have been under pressure from residents to stop a recent surge in violence. Last weekend was especially bloody, with seven slayings, including three in the Trinidad area.

END_OF_DOCUMENT_TOKEN_TO_BE_REPLACED 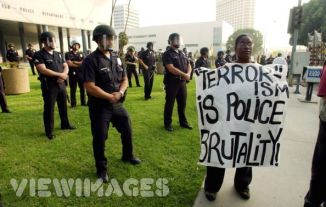 The outbreak of criticism in response to the acquittal of several New York City police officers in the shooting death of 23-year-old Sean Bell has prompted rapper/activist Immortal Technique to compile a list of stories showing the pervasiveness of police brutality across the United States.

“Police State Chronicles” will be a collection of experiences of real people from different ethnicities and socio-economic statuses—including Technique himself—across the country detailing police misconduct.

After the stories are compiling, Technique intends to distribute “Police State Chronicles” to the media, Congress, the Department of Justice and even the United Nations.

“The violation of people’s fundamental human rights, is not just a race issue, or an inner city issue, this is a national issue,” Technique said via statement. “The state is taking people’s most precious belongings, their lives, without any sort of due process.”
END_OF_DOCUMENT_TOKEN_TO_BE_REPLACED