Even weirder is the story she tells about being in love and how her boyfriend feels about her having sex on camera.

Oculus Rift will revolutionize the way everything is done..especially sex…here is a sneak peak of what’s in store. 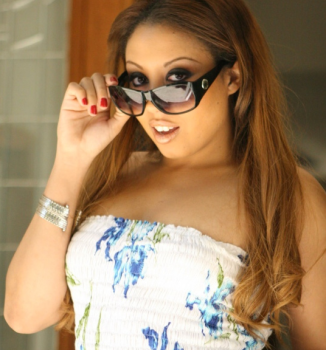 END_OF_DOCUMENT_TOKEN_TO_BE_REPLACED

Montana Fishburne obviously could give two shits what we think about her destroying the legacy of her world famous father Laurence Fishburne.

END_OF_DOCUMENT_TOKEN_TO_BE_REPLACED

Still one of the most popular posts on this blog after all these years. I added the Vlad interview and reposted the Wendy Williams interview more info below:

END_OF_DOCUMENT_TOKEN_TO_BE_REPLACED

The AIDS Healthcare Foundation filed the action Thursday with the California Division of Occupational Safety and Health, alleging the practice amounts to unsafe behavior in a California workplace.

END_OF_DOCUMENT_TOKEN_TO_BE_REPLACED

A deathblow to the industry?

In all, 16 men and 5 women who worked as adult film industry performers contracted HIV between 2004 and 2008, according to Los Angeles County Department of Public Health data requested by The Times.

Between 1998 and 2003, 14 confirmed HIV cases were reported among adult film performers, according to the health department.

I saw this about a week ago and could not embedd the video but the folks at Mediatakeout found the youtube clip and I know a lawsuit is coming after the commercial break.

Just like every other industry, the formula for success has changed. Instead of passively watching sex acts, women like live cam lady Trixie, say they’re surviving the downturn by being the mom and pop shop of porn. She has a web-cam filming her 24/7, and engages her customers in conversation to build client relationships. She likens her site, TastyTrixie.com, to a local coffee shop versus a big business Starbucks. “When money is tight, people feel more resentful towards anonymous corporate entities and want the dollars they spend to go towards people they can relate to,” Trixie explains. The girl’s got a point!

While adult entertainment has always been about finding your niche, technology has let customers take the reigns, literally. “Virtually Jenna,” a video game that features porn star (and now perfume maker) Jenna Jameson allows you to poke and prod her with her infamous friends, sex toys of your choice, and even has a “Pimp My P***y” mode. At $29.95 a month, Ms. Jameson and her team are part of a trend of gaming software sales that have trumped the DVD market. Plus, there is no threat of amateur competition since video games take millions of dollars to develop. Jenna really knows how to stick it to you! END_OF_DOCUMENT_TOKEN_TO_BE_REPLACED

Not much of an implant man myself but from what I can see these don’t look half bad.

The 28-year-old American housewife and model has undergone nine ops to get her amazing figure.

And even though medics have warned that her breasts are in danger of exploding, she does not seem to care.

Sheyla, from Houston, Texas, said: “To me, big is beautiful. I don’t think I have anything to worry about.”

She had to go to Brazil for her last op after US doctors refused to carry out any more surgery on her Now Sheyla is in the record books for having the largest breast implants ever.

Her British ex-boyfriend started paying for her plastic surgery, but she left him after he begged her to stop.

She said: “I loved him very much but I had to leave him to follow my dream.”

Sheyla appears on The World’s Most Enhanced Woman And Me, next Wednesday on C4, at 10pm.

END_OF_DOCUMENT_TOKEN_TO_BE_REPLACED 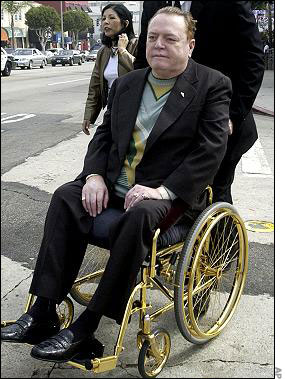 Francis said in a statement that “the US government should actively support the adult industry’s survival and growth, just as it feels the need to support any other industry cherished by the American people.”

“We should be delivering [the request] by the end of today to our congressmen and [Secretary of the Treasury Henry] Paulson asking for this $5 billion dollar bailout,” he told CNN Wednesday. END_OF_DOCUMENT_TOKEN_TO_BE_REPLACED

YOUTUBE is cracking down on sexy videos in a bid to clean itself up.

In a blog posting, the video-sharing website revealed it would be enforcing a “stricter standard for mature content”.

“Videos with sexually suggestive (but not prohibited) content will be age-restricted, which means they’ll be available only to viewers who are 18 or older,” the Google-owned website said.

“Our goal is to help ensure that you’re viewing content that’s relevant to you, and not inadvertently coming across content that isn’t.”

YouTube also said videos which contain sexually suggestive content or profanity would no longer appear on its lists of ‘Most Viewed’ or ‘Top Favorited’ videos.

The internet’s top video-sharing site also said it would step up enforcement of rules banning misleading descriptions in the tags and titles of a video.

And thumbnails will now be randomly selected to cut down users who manipulate frames within their videos to get a provocative thumbnail to appear with their video listing.

Some YouTube users have been known to give videos misleading titles such as “sexy” in a bid to increase the view counts of a particular video.

YouTube, which receives 13 hours of video from users every minute, said repeat violators of the new rules will have their accounts terminated. 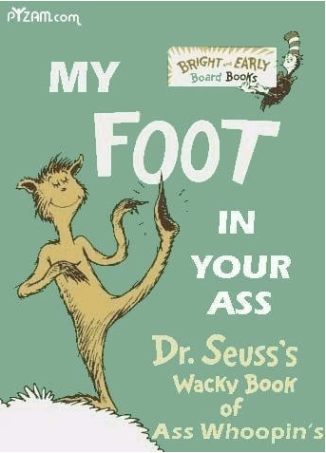 END_OF_DOCUMENT_TOKEN_TO_BE_REPLACED

Okay it is my grand prediction that this will sell like hotcakes. They are probably rushing to get this on shelves  at least two weeks before the election. 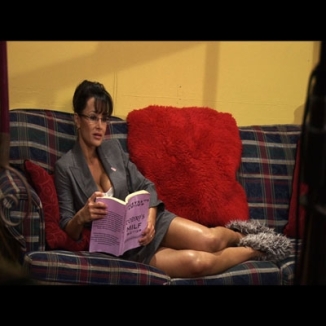 Tina Fey — there’s a new sheriff in town! A pornographic spoof of Sarah Palin was shot this weekend in the San Fernando Valley. “Who’s Nailin’ Paylin?” was quite the production, complete with grips (yes, we said it), craft services, the works.

The plot — two drunk Russians are driving their tank when it runs out of gas in front of Paylin’s home. You can take it from there. 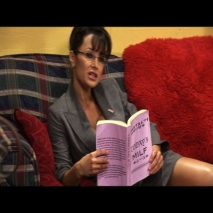 Diesel, known for treading the fine line in advertising, is back with probably their most raunchy attempt to capture the attention of the consumer with this “porn-themed” video campaign that is sure to break all kind of viral records for its devilish cleverness.

UPDATE : SOMEONE THREW ME A LINK TO THE SITE THAT HOUSES THIS VIDEO AND I HAVE ADDED A COUPLE OF SCREEN SHOTS OF THE ACTUAL VIDEO. I TOOK THESE FURTHER STEPS BECAUSE THIS HAS BEEN THE BIGGEST POST ON SKM FOR THE LAST TWO DAYS!

EXPLICIT PICS AFTER THE JUMP…

END_OF_DOCUMENT_TOKEN_TO_BE_REPLACED

According to Vivid Entertainment, the film, which has no audio, allegedly shows Hendrix having sex with two women in a dimly-lit bedroom, the Times reports.

Vivid, which has also released sex tapes featuring Pamela Anderson, Tommy Lee and Kim Kardashian, among others, says that the tape is authentic, and will be offered for sale in stores and for download Online, according to the Times report.

“I believe that we did our due diligence, and as a result of that clearly believe that it’s him,” said Steven Hirsch, Vivid’s co-chairman told the Times. “If they said that it wasn’t him, I would never have put it out.”

Some who knew Hendrix, who died of a drug overdose in 1970 at the age of 27, disagree. Kathy Etchingham, one of his girlfriends from the 1960s, says the man in the film couldn’t be Hendrix.

“He would never have allowed anyone to see that,” she told the Times. “In private he was very shy and would cover up.”