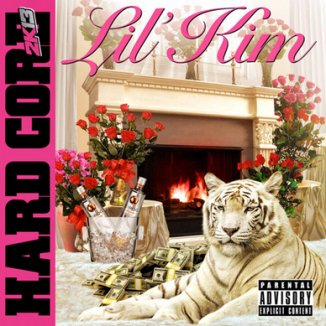 New music off of her highly anticipated mixtape “Hardcore Pt. 2k13” this one is called “Kimmy Blanco”

I stumbled on this and was reminded of what made Puff great when he was at the top of his game.  And that was the ability to capture life at its most festive moments and then create a genre of video making that was similar to cinema to project it. He had the honor of initially setting off these CINEMATIC big budget videos by launching the career of B.I.G. with both “JUICY” and “WARNING” videos, his very first, culminating with “HYPNOTISE”  his very last. The latter being the pinaccle of BIG BUDGET productions, but definitely worthy of every penny.  They are both CERTIFIED classics.

He was working with a winning formula when he had Ma$e playing the ROBIN to Puffy’s DARK KNIGHT.  He has never had chemistry with another rapper of this caliber since Frank White himself.  So shout out to Puff for really having the vision to THINK BIG and for that foresight he can always say I AM KING.

Come on Hip Hop community can we at least get through the damn weekend without someone getting hurt during the release of our biggest movie to date? When will we grow up and take responsibility when we are on a world stage and are on the eve of swearing in our first black president who makes no bones about being a Hip hop fan? SMH. 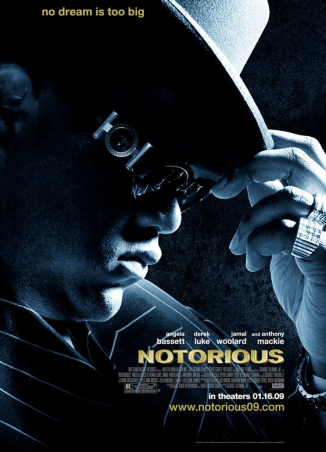 Police said Saturday a 21-year-old victim stabbed numerous times was in critical condition at Brookdale Hospital. Three others were stable.

The Djumbala club is in the Canarsie section of Brooklyn. Police did not immediately release further information.

While the party had been promoted as the “official” after-party, “Notorious” distributor, Fox Searchlight, said it was not related.

I’ve been seeing some extensive marketing being done for the B.I.G. brand, that culminates with the release of the NOTORIOUS film, in theaters now!!  I’ve seen video of the Bed Stuy Bad Boy this past week that I never seen before, so its been a treat. Let me share these two gems with yall, this one is a classic LIVE performance (Soul Train 97′) when he was in true Frank White mode with this on. He even had Faith on vocals and had her singing adlibs on “Get Money” which is loosely based on her. The other one is him on “Martin” and even though its not his best performance it is still classic because of the time period it represents, seems like ages ago!

source: Notes from a Different Kitchen

OK, if this is any indication of where they’re going with this flick then I am behind this movement 100%. Very rarely do you hear anyone speak of the cultural ramifications that B.I.G. had not only on New York but Hip Hop as a whole, which ultimately makes him the framer and the forebearer of a generation. Remember we are living in Christopher Wallace’s dream, not vice versa.

What him and Puff pulled off can only be described as sheer magic. Trust me, if you was “there” then you know what I mean. “The 90’s was our 60’s”…I couldn’t have said it better. We will be bringing you an exlcusive interview with some cast members of this motion picture epic in the very, very near future. Stay tuned!

As the LA Times was conducting a hatchet job on the legacy of Notorious B.I.G. via the journalistic antics of agitator Chuck Philips, the NY Times was running a piece on the  planned cinematic revival of B.I.G. via Gravy and Fox Searchlight Pictures.  Two different coasts, two different papers, two completely different themes.  The LA Times piece was largely based on testimony from confidential informants who are implying that BIG and Puffy had more active roles in the attempted robbery/assassination of Tupac then they’ve previously owned up to (ain’t that what Pac been screaming from day one?)  Like Philips earlier efforts to uncover a conspiracy his reporting is very erroneous in that he relies too heavily on anonymous sources who have led him to turn street lore and urban folk tale into front page news.  The NY Times piece gives us a heads up that the film version of BIG’s life will be a sanitized attempt to show his complexities growing up as an “angry black man” in Bed Stuy Brooklyn who just so happened to make some of the most compelling music of the 90’s.  Ironically enough every attempt will be made to steer clear of any conspiracy implicit in BIG’s death, which is still unsolved.  Ms. Wallace said “that’s going to be another movie.”  To check out both stories from both papers on both coasts, click HERE for the NY Times and HERE for the LA Times.

One thing that can’t be denied is Diddy’s ability to pimp the game for all its worth.  His campaign’s are notorious, no pun intended.  So no one should be surprised that Puff who is juggling Ciroc vodka in every video imaginable would turn around and propose starting a car service for his celeb friends that get slizzered off the liquor.  Diddy got all the bases covered, gotta love it!

We at Street Knowledge, totally support this cat Joell Ortiz. Besides being one hell of an MC, he is a down to earth cat who deserves all the success in the world. We’ve known Joell four about four years, when he was just putting out his first mixtape. I was initially introduced to his music by my dude 2 Tone(East New York what up!) who brought his cd into my homies (Cas) barbershop with a song called “Fuego”. I didn’t really like it that much, but I started to see some of his music on the web and immediately knew my first impression was wrong. Whatever he does we support over here and somebody tell them cats over at Aftermath, to give this kid some light!!! 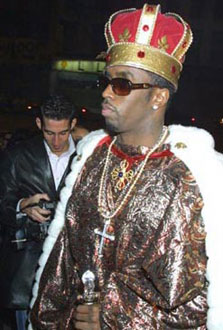 Despite Hip Hop’s declining CD sales stateside, the artform continue to galvanize a global audience.  The latest locale to embrace Hip Hop as the voice of the youth is Morocco, where it’s used as a political tool as opposed to the United States where rapper’s use Hip Hop as a platform to declare their love for the Almighty Dollar.  Blended in with traditional religious calls to prayers, speakers are blaring Diddy and Eminem classics.  The contrast caught the ear and eye of Josh Asen, a self-described Brooklyn Jew who caught the dynamic on film, in a documentary called “I Love Hip Hop in Morocco.”  This doc shows the powerful force Hip Hop has become in the Northern African country, who played host to their “first” Hip Hop concert.  To continue reading how Hip Hop is doing it big in Morocco click HERE