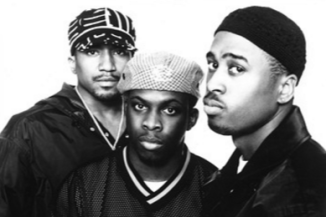 R.I.P. Probably one of the most memorable lines in Hip Hop History will be “You on point Tip, all the time Phife..”

Fun Fact: Q-Tip is the first rapper I ever met, back probably in 1990 if my memory serves me correctly.

Diddy doesn’t like the game right now. Not Game the rapper — the rap game. He’s going to experiment heavily on his new LP and thinks his peers should get onboard with his thinking.

“Right now, I’m working on my record, and it’ll be out in the end of summer,” he told us recently in NYC. “It’s feeling good. It’s different. I’m creating a new sound. It doesn’t sound like anybody else’s stuff out there. With that comes a risk. I’m excited about the risk. I do have a beef a little bit with the game right now. I think hip-hop has lost its risk-taking quality. Everybody goes to the comfort zone. It doesn’t have that risk anymore. You’re not like, ‘What is that?’ when you hear that record anymore.”

Mr. Combs said the record-spinners are as much to blame as the people making the music.

“People have figured out the formula when they make records for radio, and DJs ain’t DJs no more,” he declared. “DJs don’t break records no more. DJs don’t play album cuts. DJs play what is going to move the crowd. DJs, they don’t expose you to the newness. That was the DJs’ thing. Hip-hop is in a recession also. It’s not dead, it’s definitely way better than where it was at, as far as with ‘Ye, T.I. and with Jeezy. It’s so much great stuff out there, the responsibility has to come with the DJs. I’m about to call the DJs out. ‘Cause they are the future, and they gotta step it up. I can’t keep turning on the radio no matter where I’m at and can’t tell who’s who.

“DJs used to have a style,” Puff continued. “The hottest DJ in the game right now is Q-Tip. That right there is a DJ playing, taking you on a mind-travelling experience. Playing something and you’re like, ‘What’s that?’ ” …

In an interview with Newsweek’s Seth Walls, rapper Q-Tip shares his opinions on the industry and “record company people.”

“My thing is not like McDonald’s, where you go in and get fast results,” Q-Tip explained to Newsweek. “My thing is like a gumbo or a turkey dinner-you got to let it cook and marinate…I’m not a radio dude; I’m about the long-term. It was like that with Tribe, and it’s like that now.”

Even without an outrageous number of marketing campaigns, Q-Tip’s The Renaissance was still able to reach the Number 11 spot on the Billboard Top 200 chart.
“Their model for getting numbers is broken,” Q-Tip explained. “They realize it, but they don’t have any solutions. They all seem shook. A&R departments need people who really know music. That way, they can make records that last a long time, because eventually it’s going to be about the whole catalog selling again. Especially in these hard times, people want to make sure that their dollar is going to something that’s worth something.”

Now signed to Motown/Universal Records, Q-Tip recently regained the rights to the master tapes of Kamaal The Abstract and plans on putting out the album himself.

So its official, Barack is a Rock Star!  He will be making a guess appearance on Q-Tip’s upcoming album “The Renaissance” debuting this summer.  He will be joined by an all-star cast of guest appearances.  You got Spike Lee and Norah Jones lending vocals to Tip’s latest solo offering.  The former Tribe Called Quest star is taking more of a political stance this time out the gate.  Hooray for Hip Hop.

The third and final song from the Smirnoff Signature Mix Series is downloadable for FREE at http://www.SmirnoffSignatureMixSeries.com

Two tracks are already available to download. If you haven’t yet, download KRS One and DJ Premier’s “Criminal Minded ‘08 (Smirnoff Signature Mix)” and Common and Just Blaze’s “The Light ‘08 (It’s Love) (Smirnoff Signature Mix)” featuring vocals by Marsha Ambrosius and Bilal. Today marks the debut of Q-Tip and Cool & Dre’s “Midnight ‘08.” Be sure to keep checking the site for exclusive videos and content.

Common is at the top of his game in both Hip Hop & Hollywood. In addition to prepping the release of Street Kings, scheduled to drop in theaters on April 11th alongside The Game & Keanu Reeves the Chi-Town wordsmith has been tapped to play Green Lantern for the upcoming Justice League movie. He had this to say to MTV News,

“It’s a blessing really, to know that I could potentially be this superhero… Justice League itself is an honor, and Green Lantern is an incredible character to play. It’s a blessing to be associated with it.”

Never one to forget his roots, Common is also prepping another studio album, scheduled for release in November. The set will be named The Believer. He also confirmed to MTV News that he is working to get the Q-Tip album finished as well. This joint will be named “The Standard.” He said this:

“We been conceptualizing, but we just gotta continue to work on it. We will. I look at it like two jazz musicians getting together, the way Charlie Parker and cats would get together and do work. I feel a lot more free with my music now that I’m doing films and stuff, because I don’t put as much pressure on the music. It ain’t my only source of income and way to make a living.”

Also, watch out for those Common sponsored Lincoln Navigator’s to be rolling out in a hood near you!