Just to think me and Majesty was just discussing the status of Red’s project, then unexpectantly we get the announcement that Diddy will possibly be assisting Akon on the Cafe project.  That will be a good look for Brooklyn and Bad Boy especially since the last time Diddy had someone from the Bush on the label, we got Shyne Po. Lets hope they can create the same kind of magic in the studio, and leave the B.S. at home.

Diddy addressing the CORE DJ’s at their retreat last weekend in Atlanta. His marketing is brilliant. Here he speaks of the importance of the DJ and their power in the game. He also hints at the rumored partnership between him and Akon which will make Red Cafe a BAD BOY/KONVICT.

Red Cafe has issued a threat to hip-hop mogul Suge Knight, vowing to strike back for allegedly costing him legal feesThe “Paper Touchin'” hitmaker claims Suge filed a lawsuit against one of his associates.

“I got next on Suge Knight jaw,” Cafe said in an interview. “That jaw glass, everybody is getting money. I was trying to get it first and they stopped me like, ‘Nah, he gonna sue,’ but then he ended up suing my man. He ran into sombody fists and he blamin’ my man for it. So now it costs me money for it ’cause I gotta pay for an attorney. So if I’ma have to pay now, you know what, gimme some of that. I’ma stay there, yeah, that was me…I’ma get it on tape and we gonna put it onHottestInTheHood.com. Right now you go to HottestInTheHood and you got him on the pavement from the last time he ran into a fist it’s there right now…I’m in Brooklyn, he don’t wanna go there. Come holla at cha boy.” (Hot 93.7)

“At about 3:30 AM, police were called to a private party on the second floor of the W Hotel,” the police report reads. “Hotel securitypersonnel called police when they became concerned that there would be a fight between two groups of guests having heated words in the VIP area. Officers arrived and watched a group of about 6-8 guests exiting the VIP area. They saw one person, later identified asRobert Carnes Jr., punch the victim in the head two times. Officers deployed tasers to quell the fight that erupted.” (SOHH) END_OF_DOCUMENT_TOKEN_TO_BE_REPLACED

JOE BUDDENS– HOTTEST IN THE HOOD

A bunch of greasy talk and slick punchlines…somehow I feel Juelz caught an upper cut in this combo.

I can see them tearing down All-Star with this…DUO!

ARAB MONEY 2 Remix of the Remix

Busta makes attempts to make amends by pulling the opening prayer off the intro of the remix and properly pronouncing “Arab” and refraining from any vulgar references.

This is a good look for my dude Q, let me give you some back history:

It’s been a long time coming for the homie Q The Kid.  As the first artist signed to Jermaine Dupri’s joint venture with TAG deodorant to form TAG Records, Q has finally broken through.  The Flatbush, Brooklyn

native originally entered into the game in the late 90’s with the group The Franchise.  This group consisted of three individuals known as Gravy and Red Cafe. As both of them are poised to make their splash on the world, Red with an album that is slated to be released this fall via Konvict Music and Gravy just wrapped filming his debut acting role as Brooklyn’s BIGGEST legend, Mr. B.I.G., please say the baby, baby.  So this is truly a testament that the grind is extensive for an upcoming New York artist.  Nobody deserves it more than Q. 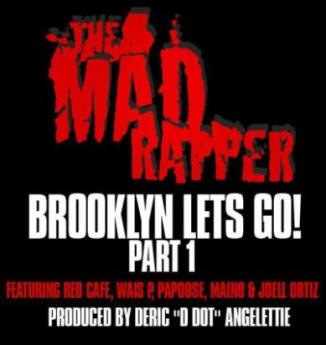 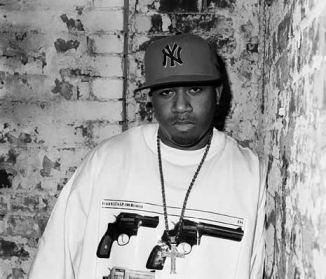 The Arm & Hammer Man Red Cafe gets a lil’ political for the slain comrade, Sean Bell. We need more of this.