Red & Meth bodied this beat and this video. Note to self: Listen to “BLACKOUT 2” 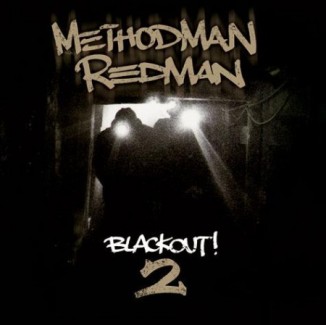 The vets to the rescue!  This joint is absolutely bananas, thus reinforcing my argument that the only ones that can resuscitate this dying artform are the legends that have already mastered the formula (with a few exceptions like Nipsey).  These dudes are rapping their asses off, well into their 30’s. This apparently ain’t no country for young boys, where is the teenage spitters?  I can only do the Stanky Leg but for so long, or the motha f*ckin’ Ricky Bobby.

It’s refreshing to hear these two back in pocket, sounding like they never put the mic down. We needed this two, three years ago but better late than never! 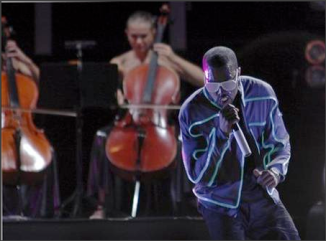 Sampling has been an issue in Hip Hop since Biz Markie had an album snatched off the shelves for not clearing pieces of musical compositions he used in his songs. Well it has surfaced again in 2008 with some of your favorites in hot water with the daughter of a prominent jazz musician. Reuters got the scoop:

Rappers Kanye West, Method Man, Redman, Common and their record companies were sued on Thursday by late U.S. jazz musician Joe Farrell’s daughter, who accused them of using her father’s music without approval.

The lawsuit, filed by Kathleen Firrantello in the U.S. District Court in New York, names the rappers along with various labels owned by Universal Music Group./

None of the record companies or representatives for the rappers were immediately available for comment.

The lawsuit said all the rappers used portions of Farrell’s 1974 musical composition “Upon This Rock” in three separate songs — West in “Gone,” Common in “Chi-City” and Method Man and Redman in their song “Run 4 Cover.”

Firrantello is seeking punitive damages of at least $1 million and asked that no further copies of the songs be made, sold or performed, according to the lawsuit.

My Hollywood sources are telling me that Method Man has been in talks with a couple of film production companies this past month to bring his upcoming graphic novel entitled “Method Man” to the big screen. Graphic novel is in collab with artist Sanford Greene with early sketches shown here. While the graphic novel doesn’t come out until July 23, 2008 I do know that many film development heads are interested in the Order of the Secret Method plot line that is part DaVinci Code, part Hellboy and part How High. No joke. I’ll have more details as I get hear them. Check out the full plot after the jump…

“Private investigator Mosley Paine hasn’t always been a P.I. Before retiring to civillian life, he was a top agent of an international conspiracy known as the Order of the Secret Method, a deeply religious assembly of elite “murder priests”, descended from the Biblical Cain, who hunt creatures thought only to exist in Biblical myth. Though an excellent Method Man, Mosley suffered expulsion from the sect when it was discovered that he was having an affair with the irresistable daughter of Grand Arch Occisor d’Arc, head of the organization. But when Mosley’s arch nemisis enemy–a Leviathan of giant proportions–reappears stronger than ever and threatens to destroy all that is good, Mosley is convinced to rejoin the Secret Method to lead the epic fight against it.”

The highly anticipated “SELF CONSTRUCTION” has finally dropped and it features KRS, Nelly, Styles P, The Game, Neyo, Method Man, Busta, Wise Intellect, Talib, Rah Digga and more.
This feels like “We All In The Same Gang”…the East Coast version

Footage from SELF CONSTRUCTION Press Conference