New heat from legendary Brooklyn spitter Sean Price who passed unexpectedly a year ago this week.

With the long-awaited release of Jay Rock’s sophomore album “90059” drawing closer, Top Dawg decided to liberate the visuals for the Black Hippy posse cut, “Vice City.” I would highly recommend anyone who hasn’t pre-ordered the album yet to go ahead and do so. You won’t be disappointed.

Man, man, man…what a year it’s shaping up to be for hip-hop. Now that we have two official singles, I hope this means Jay Rock’s album is just around the corner. Stream after the jump.

END_OF_DOCUMENT_TOKEN_TO_BE_REPLACED

Using his native LA as the backdrop, Jay Rock hits the streets to bring his latest single, Money Trees Deuce, to life. 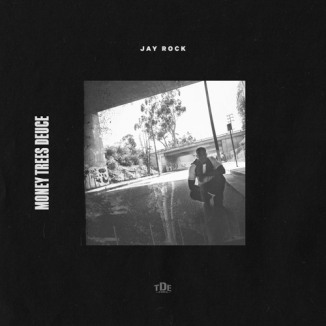 Top Dawg took to Twitter today to liberate this brand new track by Watts’ own, Jay Rock. As of March 15, 2015, every other Black Hippy member has put out two projects since Jay Rock’s 2011 debut, “Follow Me Home”. In other words, we are long overdue for another Jay Rock album.

END_OF_DOCUMENT_TOKEN_TO_BE_REPLACED

Steel Panther joins the parade of people (including his buddy John Legend) who have slammed Kanye West for his theatrics during The Grammys and his comments after the show. 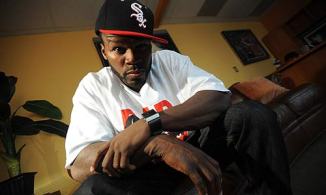 Today, we learned that this year’s installment of Bamboozle Left, the weekend-long blowout of Orange County mall emo in a parking lot (I’ve been!), has an unexpected headliner. Mr. Curtis Jackson, who apparently has some time to kill while waiting for his perpetually delayed “Before I Self Destruct” album to become even more relevantly titled, will head up the Saturday show opposite a gaggle of the usual suspects for these sorts of things, including P&H faves Brokencyde, who I simply must see live before the year is out. While the jokes about this pairing will come fast and easy, this seemingly absurd booking has a strong chance of actually being a pretty fantastic way to close out the weekend and a useful move for Mr. Jackson.

Here’s why: 1. Emo kids are the last genre of music fans who might take 50 seriously. After a vigorous sonning at the hands of Kanye West back in the halcyon days of the “Graduation” versus “Curtis” feud, 50’s been on something of a credibility death spiral among even Top 40 rap fans. He took hits in feuds with Cam’ron, Lil Wayne, Rick Ross and even Taco Bell, for Godsakes. He’s already tried comebacks with blatant, for-the-ladies club tracks, toothless thug posturing and king-of-the-charts boasts that have fallen comically flat. So what’s the one demographic that might still find him a menacing and riveting personality? Get Up Kids fans. All he has to do is take his shirt off and reveal an actual bullet wound for those kids to go home thrilled. For one night, he gets to start over in an amber-preserved golden age of white suburbia’s appetite for gangsta rap where he’s the dangerous outsider.  If nothing else, he won’t be hurt by this more than a catcall of “Currrrtis.” END_OF_DOCUMENT_TOKEN_TO_BE_REPLACED

no comment…but feel free to leave your own

January 26, ATLANTA–(BUSINESS WIRE)–Lil Wayne is teaming up with AT&T to release a new song via social media for the first time. Fans can catch the live world debut performance of his hotly anticipated new single, “Prom Queen,” from his upcoming new album Rebirth on two AT&T Facebook pages at 9:40 p.m. PST on Tuesday, Jan. 27 (12:40 a.m. EST on Wednesday, Jan. 28).

Lil Wayne is the most popular musical artist on Facebook. AT&T reports more of its customers downloaded Lil Wayne ringtones in 2008 than any other artist.

Following the show, a ringtone will be available to AT&T customers exclusively through Monday, Feb. 2. Fans can buy the tone by texting “Wayne” to 7317 or by purchasing it through the AT&T MEdia Mall from their handsets or online (www.att.com/mediamall). Lil Wayne ringtones were the most downloaded ringtones in 2008, according to AT&T sales records.

AT&T customers who want to download the full track can text “Wayne” to 7299 following the performance.

“I’m honored that AT&T selected me as the first artist to be a part of this historic live event, say Lil Wayne.