BIG 20% OFF ALL (BUCKET HATS) Sale going on NOW!!! No promo. code needed. HURRY SALE ENDS SOON! Go get yours at www.rocknjocks.com 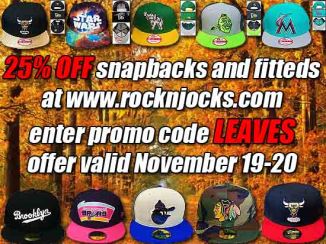 Rock-N-Jocks is having a HUGE 25% off all snapbacks & fitteds only sale! Don’t miss it this is for only 2 days. Enter promo. code LEAVES at checkout page. Hurry this short sale ends quick. GO now www.rocknjocks.com 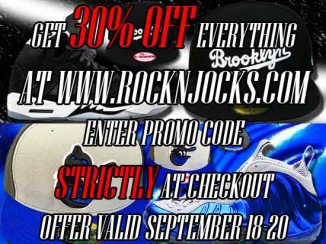 Rock-N-Jocks is having a BIG 30% OFF ENTIRE SITE BLOWOUT SALE! This short sale only lasts from September 18th-20th. Enter promo. code STRICTLY at the checkout page. Save some big money on all hats, all everything. Go not to www.rocknjocks.com 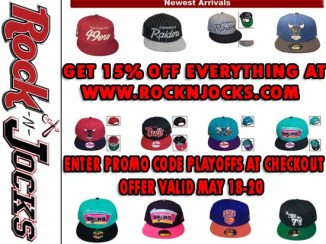 Rock-N-Jocks want to keep saving you some money by offering all 15% off everything on the site. This short sale only lasts from May 18th-20th.  Save some cash on custom fitteds or the huge selection of snapbacks. Enter promo. code PLAYOFFS at the checkout page to take advantage. Only at www.rocknjocks.com 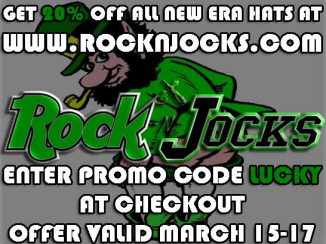 Rock-N-Jocks spreads the luck of the Irish  to you with 20% off all New Era fitted hats short sale. This sale only lasts from March 15th-17th. Enter promo. code LUCKY at the checkout page to save 20% off all New Era hats only. Go now only at www.rocknjocks.com 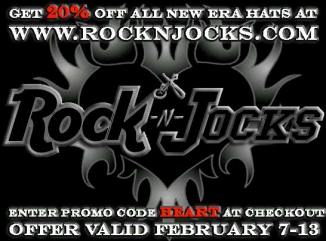 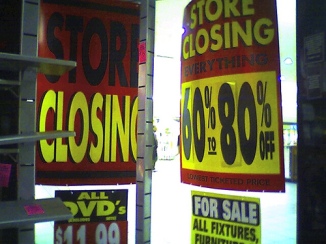 Dec. 29 (Bloomberg) — U.S. retailers face a wave of store closings, bankruptcies and takeovers starting next month as holiday sales are shaping up to be the worst in 40 years.

Retailers may close 73,000 stores in the first half of 2009, according to the International Council of Shopping Centers. Talbots Inc. and Sears Holdings Corp. are among chains shuttering underperforming locations.

Sales at stores open at least a year probably dropped as much as 2 percent in November and December, the ICSC said last week, more than the previously projected 1 percent decline. That would be the largest drop since at least 1969, when the New York-based trade group started tracking data. Gap Inc. and Macy’s Inc. are among retailers that will report December results on Jan. 8. END_OF_DOCUMENT_TOKEN_TO_BE_REPLACED

Rumors had been flying for months that retail juggernaut Walmart would be selling iPhones in its US stores. That rumor had all but been confirmed when leaked memos revealed that sales would begin on December 28. Today, Walmart officially confirmed that Sunday, December 28 was the day that sales of Apple’s iconic smartphone would begin. 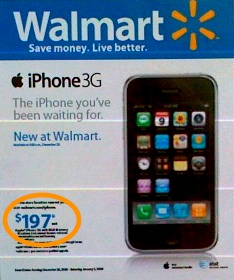 Walmart will sell the 8GB iPhone for $197, and 16GB models will sell for $297. All phones will still require a two-year contract with AT&T. “We are delighted to bring customers this ground-breaking mobile technology,” Gary Severson, Walmart’s senior vice president of entertainment, said in a statement. “Our electronics associates have been preparing for many weeks for the arrival of iPhone 3G. We are excited to now help new customers learn more about the features and services that make the iPhone unique.”

Though it had been rumored that Walmart would sell a 4GB iPhone for $99 (though, oddly, not for $97), the company’s announcement makes no mention of that model or any other model at a lower price point. END_OF_DOCUMENT_TOKEN_TO_BE_REPLACED 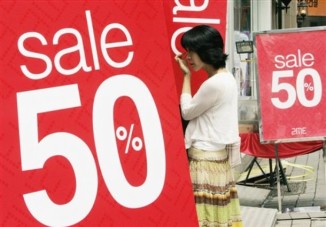 NEW YORK (AP) — If you’re looking for an extra bargain before the holidays, you may only have to ask. With holiday sales shaping up to be the lowest in years, possibly the worst since the industry began annual comparisons in 1969, retailers say they’re taking consumers’ demands for good deals seriously. Some are extending return policies, while others are matching competitors’ prices. Many are volunteering on-the-spot discounts and even letting customers haggle prices well down from what’s marked in a desperate bid to make the cash register ring.

You’d have to be a moron not to ask for a discount,” said Stephen Hoch, a retailing expert at the Wharton School at the University of Pennsylvania.

More and more consumers are doing just that, treating a trip to the mall like a visit to the used car lot.

Allen Chen, a part-time cashier at a J. Crew store in White Plains, N.Y., said shoppers with two-month-old receipts are asking for partial refunds for items now on sale. Normally, the store’s policy is to refund the difference between an item’s purchase price and a later sale price only if it goes on sale within seven days of the purchase. END_OF_DOCUMENT_TOKEN_TO_BE_REPLACED