I know we’re kinda late with this, but as we just inaugurated B.I.G.’s 12th death anniversary I thought that it was of paramount importance that we revisit this story and show that rappers can find peaceful alternatives to their beefs.

Check out one of the hottest rappers in the game T.I. guest on HBO’s Entourage.

Shout out to Fly Kai for this clip. This is T.I.’s answer to all of those felonious Shawty Lo claims that the King of the South can’t return to his own hood, so what does he do?  He shoots a video right in Bank Head.  I hope this is the last shot fired, because damn near every song I’ve heard off Paper Trail has a Shawty Lo swipe on it.  Didn’t the squash this beef by the way?

Well it seems that T.I. is still a strong commodity despite his recent troubles over the past year. Check out our recent collab with Real Talk NY as we talk with T.I about his new album Paper Trail.

NEW YORK (Billboard) – Rapper T.I. establishes the mark for biggest jump to the top of the Billboard Hot 100 as his single “Whatever You Like” soars from No. 71 to No. 1 in its third week on the list.

The new chart will be published Thursday (August 28) on Billboard.com.

“Like” is the rapper’s first No. 1 as a lead artist (he was featured on Justin Timberlake’s 2006 chart-topper “My Love”), and his opening-week digital sum is the best by a rap track since Nielsen SoundScan began compiling download data in 2003.

The performer pled guilty to federal weapons charges in conjunction with an October 2007 arrest in Atlanta. He will serve a year in jail after completing 1,000 hours of community service.

END_OF_DOCUMENT_TOKEN_TO_BE_REPLACED

Everybody in the blogosphere, has found some major significance in this footage from Birthday Bash, ATL’s version of Summerjam. Here T.I, let’s off some steam about haters,his supporters, and also drops his new song ‘No Matter What ‘that has not really blown up yet. 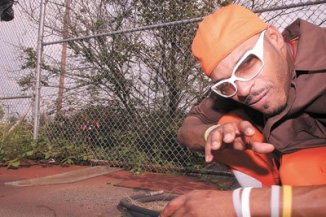 With the explosion of Shawty Lo on the scene, those familiar with his back story were all asking the same question, where the hell is Fabo? That would be Fabo, the eccentric lead rapper from D4L, the progenitors of “Laffy Taffy” and Shawty Lo’s first foray into Hip Hop. Well, we have learned Fabo was duking it out with the law, fighting several charges that stemmed from a traffic stop on I-16 that resulted in his arrest. He was charged with possession of a firearm by a convicted felon, carrying a concealed weapon, possession of a firearm during the commission of a crime, possession of marijuana and possession of methylenedioxymetham. All the charges were tossed after his co-defendant took the weight, receiving 15 years of probation and $3,700 in fines.