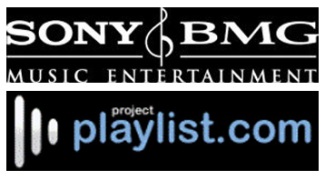 Project Playlist has struck a deal with Sony BMG to bring the label’s catalog to its streaming-music service. It’s the first major-label deal for Project Playlist, which recently brought former Facebook exec Owen Van Natta on as CEO but has been dealing with legal problems that have seen its widgets banned from social network MySpace.

Currently, Project Playlist has been sued by Warner Music, EMI, and Universal Music Group, as well as the Recording Industry Association of America (RIAA), because of the amount of unauthorized content that members have uploaded to the service. Industry rumors have persisted that Project Playlist was interested in a merger with Imeem, a similar service that has deals with all the major labels.

Reports had surfaced in April that unlike the other labels, Sony BMG was negotiating with Project Playlist rather than seeking legal action against it. Now, months later, that deal has come to fruition.

“Collaborating with Sony BMG is a significant milestone in our effort to improve the access and quality of content on Project Playlist, and enhance the overall user experience,” founder Jeremy Riney said in a release. “We hope that we soon will be able to provide our users with ready access to even more of the music they want in the way that they want it.”

There are a ton of social music sites out there, but Project Playlist is growing fast: Traffic firm ComScore pegs its user base at 40 million.

These guys along with Gucci have been very adamant about their logo and trademark and have stepped up their fight against any and all people using it without their consent. This decision will definitely effect artist from ‘remixin brands’ and adding a Hip Hop twist. 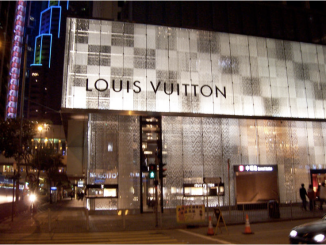 What is so ironic is that all of these companies have borrowed from the culture but don’t want to return the favor. Dapper Dan lost.

The company sued Sony BMG Music Entertainment for allowing its artists to use the famous LV monogram in music videos and album covers.

A spokesman for Sony BMG, which represents Arista, Columbia and Epic records, declined to comment.

Now Spears can no longer ride in a pink Hummer, laced with a cherry LV monogram dashboard, as she did in her 2006 video “Do Somethin’.” 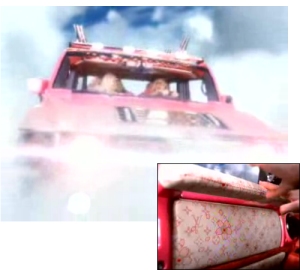 And artists can’t keep up the trend popularized by Studdard – who in 2006, printed his album jacket for “The Return” CD on Louis Vuitton monogram paper.

The fight for the settlement, estimated at more than $300,000, began after Vuitton sued Sony in 2003 for allowing Da Brat to bounce around in a video with a multicolored LV print beachball.

Music industry legend Clive Davis is stepping down as head of Sony BMG Music Entertainment as the industry reshapes and looks to tighten budgets and focus on more lucrative things like ringtones. The old guard definetly is on its way out and artists will not enjoy big budgets when sales are down and digital sales have not yet replaced falling cd sales:

On Thursday, Sony BMG Music Entertainment said that Davis would give up his corporate role as head of its BMG division and control of its RCA Label Group for a new creative post.

Barry Weiss, the chief of the company’s Zomba Label Group, will become chairman and chief executive of the BMG Label Group, overseeing RCA and Zomba, and an array of artists like Justin Timberlake, Alicia Keys, OutKast and Kelly Clarkson.