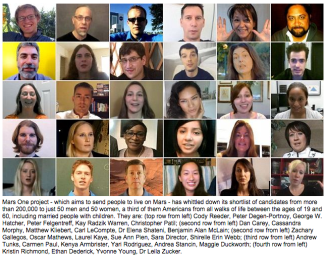 END_OF_DOCUMENT_TOKEN_TO_BE_REPLACED

Is anyone out there? If you so I would love for you guys to hit me up and we do an exclusive right here.

A mysterious, “alien” space signal was detected as it occurred, an historic first, by astronomers in Eastern Australia. The breakthrough took place on May 15, 2014, but was only just recently reported in the Monthly Notices of the Royal Astronomical Society.

The bursts, as astronomers are referring to them, emit the same amount of energy in a few milliseconds as the sun does in an entire day. They were identified within 10 seconds of occurring, Emily Petroff, a PhD student at Melbourne’s Swinburne University of Technology, told Fox News. “The importance of the discovery was recognized very quickly and we were all working very excitedly to contact other astronomers and telescopes around the world to look at the location of the burst,” she explains.

Flying from Orlando, FL I had the rare opportunity to be able to watch Discovery’s final launch as it embarks on STS-133.

Following comments made during an interview on satellite radio where he detailed a night out with Diddy that ended at a possibly gay club, rapper Xzibit has released a statement to clarify reports. 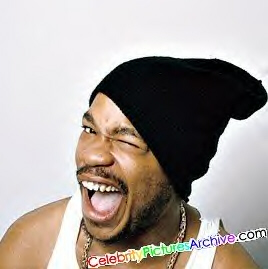 Despite how the interview sounded, X states “I have no beef with Diddy,” according to the title of his most recent MySpace blog. The rapper claims that his comments in a recent interview was not intended to be malicious in anyway.

“I wake up this morning and my phone is going nuts. I turn on the computer and find all this sh** about me “throwing puffy under the gay bus” … whatever that means,” X writes. “All this SPIN that you journalist[s] are putting on the statements I made on a radio show — to DIRECTLY effect a guy in a manor not intended — is wrong.

“I got a call yesterday (which caught me off guard) from Diddy himself, stating the club was an after hours spot called ‘Space’ I believe. The rumor mill that has ground this bullsh** out to be the sh** storm that it is, is doing so on its own accord. Like I said at the top, I have no beef with Diddy.”

As previously reported, the West Coast rapper gave FoxxHole Radio on Sirius an exclusive interview a year ago, where he detailed a New Years Eve party spent with Diddy, where things that followed seemed a little weird.

In the interview, X said that Diddy took he and Superhead to a club in Miami, and when they got there, what they saw shocked them. END_OF_DOCUMENT_TOKEN_TO_BE_REPLACED 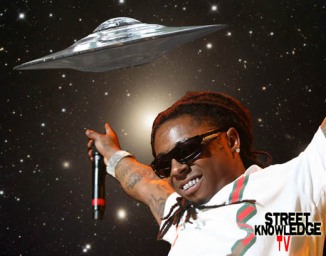 Lil Wayne and the Afronaut Invasion…Why have so many black musicians been obsessed with outer space?
CLICK [HERE] to FIND OUT

Lil Wayne starts from a hardened gangsta-rap template, but outer space has figured into his increasingly loopy songs for more than a year now: During the 2006 freestyle “Dough Is What I Got,” he claimed Martian provenance in a boast about his otherworldly skills; on the woozy 2007 drug track “I Feel Like Dying,” he imagined playing “basketball with the moon,” adding, “I can mingle with the stars and throw a party on Mars.” On Tha Carter III, Wayne devotes an entire song, “Phone Home,” to the subject of his alien origins: “We are not the same, I am a Martian,” he announces in an E.T.-inflected croak.

The last rapper to post comparable first-week sales was Kanye West (957,000), who is currently traveling the world with a space-themed tour titled Glow in the Dark; West’s set features a rocket ship named Jane, animatronic shooting stars, and a stage designed to resemble rocky, lunar terrain. The Afronaut has been a hip-hop trope since Afrika Bambaataa recorded “Planet Rock” in 1982, but this is the first time it’s occupied such a significant spot in the pop mainstream.