A ton of dope footage in this new trailer. Looks like Marvel has a monster hit on their hands. Drops 2/16/18

In this Marvel live action series, a street-fighting ex-con battles crime on the streets of New York as the Super Hero, Luke Cage.

Premiers on Nextflix on Sept. 30th

With the emergence of the world’s first mutant, Apocalypse, the X-Men must unite to defeat his extinction level plan.

The conflict ignites in a brand-new trailer for Marvel’s “Captain America: Civil War,” hitting theaters May 6!

Not sure about this.

FANTASTIC FOUR, a contemporary re-imagining of Marvel’s original and longest-running superhero team, centers on four young outsiders who teleport to an alternate and dangerous universe, which alters their physical form in shocking ways. Their lives irrevocably upended, the team must learn to harness their daunting new abilities and work together to save Earth from a former friend turned enemy.

Talk about spoiler alert? This is probably the worst one yet in terms of basically giving away the whole movie. Movie theaters have requested that these type of extended trailers be no more than 2 minutes and rightly so because you pretty much seen the best parts and know what to expect. With that being said enjoy the footage looks incredible.

As you know I can’t wait to see the reboot of this franchise, we will probably get some more tidbits in the coming weeks. 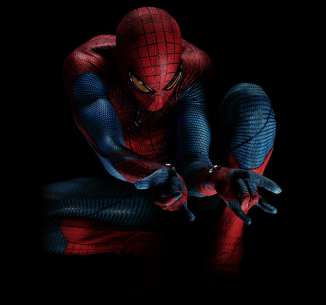 www.TheAmazingSpiderMan-movie.com
The Amazing Spider-Man will be released in 3D on July 3, 2012. The film stars Andrew Garfield, Emma Stone, Rhys Ifans, Denis Leary, Campbell Scott, Irrfan Khan, Martin Sheen, and Sally Field. The film is directed by Marc Webb from a screenplay by James Vanderbilt and Alvin Sargent and Steve Kloves

Yeah there is a bunch of controversy as to the authenticity of the pic, which is probably to stir up some anticipation which is necessary way before a movie of this magnitude is even close to be released. Seems like this may not be all the way legit, anyway more info below:

X-Men: First Class” centers on Charles Xavier (James McAvoy) and Erik Lehnsherr (Michael Fassbender), two friends who discover their own mutant abilities and work together with other mutants in order to stop any harmful threats.

END_OF_DOCUMENT_TOKEN_TO_BE_REPLACED

They are saying this will not be up long, so enjoy it while you can. Is that Samuel Jackson? I think so.

Marvel can we get a teaser trailer please? Another pic after the jump. 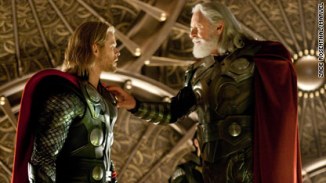 via Marquee
Marvel has unleashed more images from its upcoming movie “Thor,” starring the aforementioned (jacked) Hemsworth as the Asgard warrior sent to live amongst humans, Natalie Portman as Jane and Anthony Hopkins as Odin.
END_OF_DOCUMENT_TOKEN_TO_BE_REPLACED 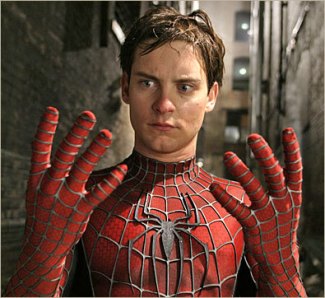 Tobey Maguire may be Spider-Man, but before that he’s a Family Man. The actor who played Peter Parker and his webbed alter-ego in the first three Spider-Man films has signed a deal for his appearance in Spider-Man 4 and Spider-Man 5, and according to the Times Online, he has a clause in his contract that gives him time off specifically to spend with his daughter.

Maguire, who will film the two movies back-to-back over six months has insisted that he get early mornings and evenings off to play with his daughter, Ruby, who is 22 months old. Maguire will earn $50m in salary and profit shares from the two movies.
cguire the family time, for fear of setting a precedent. However Sony Chairman, Amy Pascal, stepped in saying that six months without family time would be unfair to any parent. END_OF_DOCUMENT_TOKEN_TO_BE_REPLACED 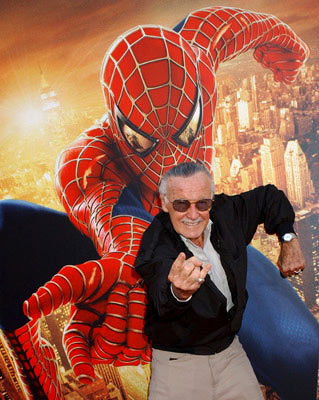 Stan Lee, the man who brought you such iconic figures as The Hulk, The Uncanny X-Men, Iron Man and Spider Man has joined forces with another eclectic mind, Richard Branson and his Virgin Comic imprint. After being unceremoniously forced out of Marvel and on the brink of ruin, Lee has been resurrected by Virgin to head their comic book division, where he’ll be in charge of developing the next era of superheroes. Rather than relying on the celebrity of a superhero character, Virgin has experimented with partnering with brand name celebrities that have introduced their own unique character twists, creating niche market “heroes” and “antiheroes.”

In addition to Lee, Virgin has already inked deals with director John Woo, Guy Richie, actor Nicolas Cage, porn star Jenna Jameson, and spiritualist Deepak Chopra as well as others. With the inclusion of Mr. Lee, the hope to attract the best writers and illustrators to their ever-expanding team in order to position themselves to compete with the powerhouse Marvel Comics and DC Comics. No word yet on what the first Lee-helmed project will be or if he will be further developing any characters he’d previously been working on. In addition to the Virgin deal, Lee has just released a political humor “photo” book called “Election Daze” that is shooting up the charts.