New Jada off the Top 5 Dead or Alive (T5DOA) album next month. 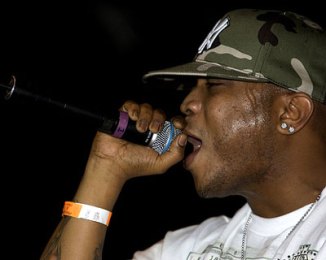 The Lox‘s Styles P has announced plans to release his first fiction book called Mr. Invincible and a small tour this summer.

Keeping details to a minimum, the Ghost described what fans could expect from his release.

The book, which Styles describes as a “jail mystery,” is the D-Block rapper’s first foray into the literary world. “I got a fiction book called Mr. Invincible coming out Nicki Turner Presents,” Styles revealed to XXL. “It’s just a fiction joint. It’s a little story, I’m just trying to get in another lane and do something creative and you gonna get to see it in a minute.” When asked if he had any help putting the work together Styles replied, “They got a little editing team, but all the writing is me, all the idea is me, all the thought is me…We about to get on the road do a lil’ promo tour for that…Hit up Philly, VA, North Carolina, Connecticut, Boston and the Midwest and West too.” (XXLMag.com)

Styles previously spoke with SOHH about informing fans about issues outside of hip-hop via his Phantom Gangster Chronicles DVD last year.

“This is just the chance to just see real life sh*t in the industry instead of all this other sh*t you used to seeing on these DVDs and the same old footage and same old sh*t you hear,” he promised. “You gonna hear in-depth sh*t about how people make their money, how they spend their money, how they use some of their influences in life…We got a section about eating good. [There’s] a section about exercising. So what you’re expecting is some real, real footage. As far as the mixtape, you can expect some real street sh*t, you know, just going in.” (SOHH)

The Fifth Annual Brooklyn Hip Hop Festival, which has staged such acts as Big Daddy Kane [click to read], Lupe Fiasco [click to read], and Ghostface Killah [click to read] in past events, recently announced their featured guest artists for this year. All New York-based, rappers Styles P, Pharoahe Monch, and Smif-N-Wessun will take the stage June 20 at the Empire Fulton Ferry State Park.

Wes Jackson, executive director of the festival, expressed his satisfaction on the artists decided upon for this year. “We are more than pleased when we look at our lineup so far. Our goal has always been to unite the Hip-Hop audience under one banner. Monch, Styles and Smif-N-Wessun represent different branches of the Hip-Hop tree. They defy the labels stamped on them,” he said in a press release. END_OF_DOCUMENT_TOKEN_TO_BE_REPLACED

Now the homey Sheek gets love on this site, he has always given us interviews when we needed it. Now my beef is that he really needs to hit us with some of that raw dope he is known for. With an album named Silverback Gorilla ,I am expecting some hard shit the females wont like. I know he got some of that on the album but wish he would have dropped it first. Anyway hope he does his numbers  and then gets back with Jada, Styles, and drop the Lox album we been waiting for 10 years.

JADAKISS and P MOOR(STREET KNOWLEDGE TV) at our Apollo Kidz clothing table right next to the Apollo Theatre on 125th. St  Newly minted Roc-a-Fella recording artist Jadakiss speaks to Street Knowledge from the recent Boost Mobile Concert at the famed Radio City Music Hall in NYC. Jadakiss speaks honestly on his ongoing negotiations with Def Jam, former D-Block signee Jae Hood, and his  recent legal troubles. This interview also contains snippets of Jae Hood’s recent interviews with Forbez DVD and an unreleased Street Knowledge TV interviewed taken on set during Styles P “Can You Believe It” ft. Akon video. This interview is noteworthy because it shows  Jae Hood in the heat of the battle with former enemies G-Unit.