“Concussion” tells the story of the Dr. Bennet Omalu, who made the first discovery of CTE(chronic traumatic encephalopathy) in NFL players from football-related brain trauma. The movie hits theaters December 25th.

Let’s say that there was no foul play, why was she not being monitored and 90 minutes past before she was found?

Authorities in Texas have released a video covering the three hours before Sandra Bland was found dead in her jail cell. (July 20)

If you read the anti-cop comments on youtube you can get a strong sense that police have become the most hated group in these times. They are the ultimate pawns of the government. No update on what happened with the suspect as of yet.

A police officer in San Jose, California was shot to death Tuesday after responding to a call about a man threatening to commit suicide. Officers closed off several streets in East San Jose as they searched for the shooter. (March 25)

Celebrity Crime Files digs deep into the story of hugely successful life of now deceased Def Jam executive Shakir Stewart and the theory from his close family and friends that his was murdered and did not commit suicide. Strangely this is very similar to the case of Violator Management founder Chris Lighty whose family refutes he committed suicide as well.

Yesterday in Ridge Farm, Illinois 300 of the towns 900 residents paid their respects to Ashlynn Conner, a 5th grader who committed suicide after constant bullying.

Her mother, Stacy Conner appeared on the Today Show on NBC this morning and explained that her daughter had recently requested to be home-schooled and that as early as the 3rd grade students were taunting her, calling her a slut. Stacy Connor said that at the time she felt her daughter was too young to even understand what a slut was but that she tried to help her understand how to deal with bullying and that in the beginning the school had been helpful as well.  However, more recently the Ashlynn was told that needed to “sit down and stop tattling,” when she complained of bullying.

How do you help build your child’s self esteem against bullying?

This is another unfortunate story that broke yesterday. Hideki Irabu, former New York Yankees pitcher was found dead in his California home on July 27 at age 42. According to NBC Sports, Irabu had a tumultuous career after his 1998 and 1999 World Series wins with the Yankees, where he was labeled a fat toad by former owner George Steinbrenner  after failing to meet expectations. After being traded to the Expos and then the Rangers, Irabu retired in 2002. Irabu was arrested in 2010 for drunk driving and in 2008 for assaulting a bar manager after “allegedly consuming 20 glasses of beer.” via NBCSports

Stories like these force us to look in the mirror and ask what is the source of our joy. Life is not perfect and it never will be but our lives revolve around our careers, people or status, we will never be fulfilled. I am not privy to know the details of Hideki Irabu’s life, however, it is clear that at some point he lost hope along with a sense of purpose in this life. Take time to love yourself today.

Give these guys props for saving this dude from offing himself. His girl needs to thank them double cause his death would have haunted her for the rest of her life.

via ITN
In China, rescuers managed to haul a suicidal man to safety after he tried to throw himself off a 13-story hospital.
SOURCE:

Tyler Clementi, left, is thought to have committed suicide, days after he was secretly filmed and broadcast on the Internet. Mr. Clementi’s roommate, Dharun Ravi, center, and another classmate, Molly Wei, have been charged in the case.

Now I am not with just posting tragic story after tragic story but I am just amazed and the behavior of these two freshmen students who would do such a thing to a fellow student. Just seems like we have so much crazy stuff going on within our education system across the board.

Police were called to the hotel in Battery Park City in lower Manhattan around 4 a.m. after a report that the former New Jersey Nets star was suicidal, authorities said.

When officers arrived, there were empty bottles of prescription drugs strewn around the disheveled hotel suite of the 6-foot-10 Williams, police said.

Several suicide notes also were found, police sources told the New York Post. Cops came to the Embassy Suites hotel after a female friend told police that Williams was acting “suicidal” and “violent” in his room, according to the Post’s sources.

Emergency Services Unit police, an elite team trained to deal with emotionally disturbed people, responded and stunned Williams with a Taser, handcuffed him and took him to a hospital for a psychiatric evaluation.

Williams played nine seasons in the NBA with the Nets and the Philadelphia 76ers before retiring in 2000.

He was convicted in 2004 of trying to cover up the shooting death of his hired driver Costas “Gus” Christofi at his mansion in Alexandria Township, N.J., in February 2002. END_OF_DOCUMENT_TOKEN_TO_BE_REPLACED

WASHINGTON (CNN) — The U.S. Army will report Thursday the highest level of suicides among its soldiers since it began tracking the rate 28 years ago, CNN has learned. 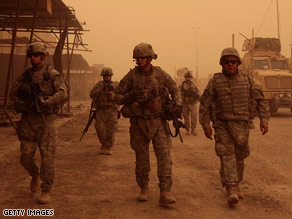 Statistics obtained by CNN show the Army will report 128 confirmed suicides last year and another 15 suspected suicides in cases under investigation among active-duty soldiers and activated National Guard and reserves.

The confirmed rate of suicides for the Army was 20.2 per 100,000. Army officials were reviewing the suspected suicides Wednesday. If any of them are confirmed, the rate would rise.

Military officials have long said it is difficult to compare the military suicide rate with that of the private sector because of demographic differences and overall human stress factors. Another factor is that military suicides tend to be committed by young men with access to weapons. END_OF_DOCUMENT_TOKEN_TO_BE_REPLACED

A rumor has surfaced that David Darnell Brown – also known as Young Buck – overdosed on prescription pain pills in what has been called a suicide attempt. HipHopDX.com caught wind of the rumor through several sources, however, none of this has been confirmed as of yet. According to the sources, Buck was depressed and told cops that he was trying to harm himself. Lizzie Grubman (Buck’s publicist) was allegedly with Buck and stated to police that the former G-Unit member received 40 pain pills and made an attempt to overdose by taking up to five.  One source stated that he was treated at Metro Nashville General Hospital for a drug overdose last night and was admitted to an emergency room this morning after suffering an adverse reaction to the painkillers.