Few would dispute that Bono knows how to write a song, but can the U2 frontman pen a poem? 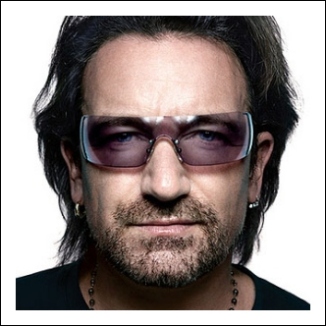 This morning, he offered his skills up for public scrutiny by unveiling an ode to Elvis Presley on Radio 4.

In his familiar gravelly voice, the 49-year-old rock icon delivered a fast-paced, 14-minute tribute to The King.

Recorded two years ago, but written in 1994, the poem, entitled American David, contained an array of strange and risqué rhymes set to a musical backing track made up of Elvis tunes and other pop culture recordings from the last 50 years.

END_OF_DOCUMENT_TOKEN_TO_BE_REPLACED 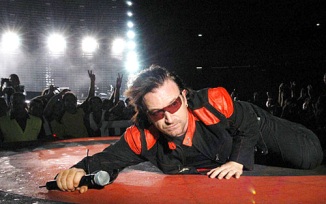 With the unprecedented  amounts of gaffes on TV this is just in time, but if they don’t step in to curb all the innuendos in these commercials than monitoring the shows is kind of pointless.

NEW YORK (AdAge.com) — In a decision that — for now, at least — makes even the most random utterances of expletives punishable by law, the U.S. Supreme Court upheld an earlier ruling stating that so-called fleeting expletives are not suitable for broadcast on public airwaves.

Even so, a cautious optimism has emerged among TV networks that things will eventually work in their favor. A lower court has already ruled that sanctions against the random expression of profanity on live broadcasts are “arbitrary” and difficult to enforce, and the Supreme Court has remanded the case back to that same legal body.

In a 5-4 decision, the Supreme Court essentially reversed an earlier ruling in a case known as Federal Communications Commission v. Fox Television Stations, in which the U.S. Court of Appeals for the 2nd Circuit said the idea of sanctioning random utterances of profanity is “capricious,” and such expressions are not as dangerous or harmful to viewers as regular use of profanity that has sexual or excretory connotations. The case stems from a 2002 broadcast of the Billboard Music Awards on News Corp.’s Fox during which Cher and Nicole Richie uttered expletives, as well as a 2003 NBC Golden Globes broadcast on NBC during which U2 frontman Bono declared, “This is really, really fucking brilliant.” END_OF_DOCUMENT_TOKEN_TO_BE_REPLACED

Bono and the Edge of U2 are the latest mainstream musicians to pen songs for a Broadway show. They have teamed up with visionary director Julie Taymor to bring “Spider-Man” to Broadway next year. The show — titled “Spider-Man: Turn Off the Dark” — will tell the story of the superhero’s origins. Beyond that there is no word as to which villains will appear, nor is there any official news of casting, though Evan Rachel Wood (“The Wrestler”) may be starring. 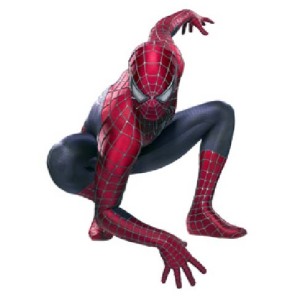 While this will be the first legit musical for these 22-time Grammy Award winners, they are in capable hands with Julie Taymor. Back in 1997, she transformed the Disney animated film “The Lion King” into a dazzling stage musical that is still running on Broadway. The show won six 1998 Tony Awards, including best musical, and Taymor became the first woman to win for directing a musical.

However, Elton John and Tim Rice — who won the 1994 Oscar for the film’s love song “Can You Feel the Love Tonight” — lost the score award to Stephen Flaherty and Lynn Ahrens (“Ragtime”). They won this award two years later for “Aida.” Though that show ran four years, John’s next musical, “Lestat” — which reunited him with long-time lyricist Bernie Taupin — ran only four weeks in 2006. However, this season John is back on Broadway with the smash hit “Billy Elliot,” which could well pull sweep the Tony Awards this June.

When other popular musicmakers have come to Broadway with new or improved works, they have usually landed at least a Tony Award nomination. For 1993’s “Tommy,” Pete Townshend tied with Broadway veterans John Kander and Fred Ebb (“The Kiss of the Spiderwoman”) for the score award. Paul Simon also competed for that 1998 score award with lyricist Derek Walcott for the critically dismissed “The Capeman.” In 2002, Harry Connick, Jr. was nominated for “Thou Shalt Not” but lost to Jeanine Tesori and Dick Scanlan, who came up with additional tunes for best musical champ “Thoroughly Modern Millie.” Though “Taboo” was a 2004 flop, Boy George did contend for his score — he lost to Robert Lopez and Jeff Marx, who wrote the songs for best musical winner “Avenue Q.” And last season, singer-songwriter Stew lost the score award to Lin-Manuel Miranda, who wrote and starred in best musical winner “In the Heights” but won the best book award for “Passing Strange.”

However, the road to success on Broadway is littered with flops based on hit song catalogs. Just three seasons ago, the success of “Jersey Boys” — a musical biography told through the songs of the Four Seasons that swept the 2006 Tony Awards — spawned a trio of misfires: “All Shook Up” (using the music of Elvis Presley), “Good Vibrations” (Beach Boys) and “Imagine” (John Lennon). Even acclaimed director-choreographer Twyla Tharp, who scored a hit in 2003 with “Movin’ Out” — a dance musical set to the songs of Billy Joel — flopped with her 2006 follow-up “The Times They Are A-Changin,’ ” based on the music of Bob Dylan.

The Irish rock band U2 hasn’t toured since 2006, but it stands to make $25 million in a sweetheart stock deal, according to SEC filings Wednesday and people familiar with the matter.

In March, the band struck a 12-year deal with Live Nation Inc., that called for the concert promotion giant to pay U2 partly with stock. Live Nation promised to pay tens of millions of dollars to high-profile artists in exchange for several years’ worth of revenue from a broad range of their work, including concerts, online fan clubs and t-shirt sales. The idea was pitched as a novel way to make money in the ailing music business.

The company had held up the stock component of the U2 deal as evidence of the band’s faith in Live Nation, as well as confidence in its new business model. END_OF_DOCUMENT_TOKEN_TO_BE_REPLACED

Reports speculate that Sony Music will be removing Rick Rubin as co-head of Columbia Records. The legendary producer, who founded Def Jam, took the post in 2007.

Fox News’ Roger Friedman reports that Sony executives are unhappy with several of Rubin’s moves, such as producing a hit album for another labels, such as Metallica‘s Death Magnetic on Atlantic Records.

Sony executives also supposedly cite Rubin’s move to an expensive office in Beverly Hills, which he allegedly does not use.

Finally, it was revealed that Rubin had been recording tracks with rival Universal Music Group’s act U2.

The report indicates that Sony plans to “offload him to a side label deal, and remove him from the main company.”

Rubin has been known as an innovator in the music industry for over 20 years, having signed historic acts such as Public Enemy and The Beastie Boys, among others. He has worked with a myriad of artists such as Jay-Z, LL Cool J, Shakira, Dixie Chicks, Red Hot Chili Peppers, Run-DMC and Johnny Cash.

Live Nation is still fattening their roster with marquee acts that will have their investors wondering when will the spending stop and when will the money starting rolling in from these mega-deals with the likes of Madonna, Jay Z, and Shakira.

As I thought with Shakira, Nickelback is probably a sure bet because they have a fan base that will probably come out to see them play live for the next thirty years. Billboard has got the scoop:

A source confirms the deal is worth in the $50-$70 million range.

Payments are set to roll out over time as the band performs. Rather than a time frame, a Live Nation statement says the deal “contemplates” all areas of Nickelback’s global music enterprises, including three touring and album cycles, with an option for a fourth.

END_OF_DOCUMENT_TOKEN_TO_BE_REPLACED

The music business is known for supporting causes with events like the Live Aid and Live Earth concerts, which generate lots of money and publicity for a relatively short time. But on Monday (RED), a nonprofit organization that arranges for companies to contribute a share of profits on certain products to fight AIDS in Africa, is starting a digital music service for that purpose, and it plans to operate for the long haul. The new venture has already arranged to release new songs from U2, Bob Dylan, Elvis Costello, Elton John, Emmylou Harris and Death Cab for Cutie.

The still-unnamed service, which is scheduled to start in September, will deliver customers three new pieces of exclusive content a week for a monthly fee of $5. Half of that money will go through (RED) to the Global Fund, and the other half will go to the artists who contribute songs and to their record companies. As with (RED)’s branded products, like a special iPod and Motorola phone, companies will sacrifice part but not all of their profits, and consumers will know that some of the money they spend goes to the AIDS-in-Africa cause.
END_OF_DOCUMENT_TOKEN_TO_BE_REPLACED

More rumblings concerning the Live Nation 360 deals debacle.
These deals will be dead after this year.I am sure they have some sales goal loophole that will let them slide out of the contracts if the numbers continue to not justify giving the already super rich Madonna another 140 million.
Read update # 4 from the guys over at Murdoch’s paper below the Madonna pic:

Live Nation is on the defensive about the health of its $120 million Madonna deal.

Big sales around the world for the Material Girl’s upcoming “Sticky & Sweet” tour have been overshadowed in music industry circles by chatter about the large number of tickets still available for a key stop in Los Angeles in November and softer-than-expected sales of her latest album “Hard Candy.”