Okay Donald the jig is up. Time for you to go back to being an a-hole businessman and leave the politics alone to the real liars and thieves. 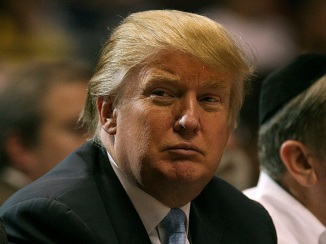 Records unearthed by NY1, Trump’s hometown news station, show he has not voted in primary elections for 21 years. City election board spokeswoman Valerie Vazquez confirmed NY1’s story at the weekend.

The news prompted a furious denial from Trump. “I voted in every general election … You’re going to pay a big price because you’re wrong … I have records that I voted and so does the board of elections … I signed in at every election,” he told NY1.
END_OF_DOCUMENT_TOKEN_TO_BE_REPLACED