Wasn’t it all good just a few weeks ago when she was on Wendy Williams?

Even weirder is the story she tells about being in love and how her boyfriend feels about her having sex on camera.

Dare we say she didn’t need surgery at all and actually was a beautiful female? I say yes. Damn plastic surgeons turning women into zombies since forever.

Mighty strange that she says love Bill Cosby and that he did so many philanthropic things for students to go to college yet has not spoken to him in 5 years. Seems like regardless that you would use the ultimate trump card and call him when the money was for charity.

Extreme warning if you do not want to here a raw interview about Hip Hop and homosexuality, Masons, etc. do not listen to this interview, because it is definitely not kind to your favorite rappers. You have been warned. 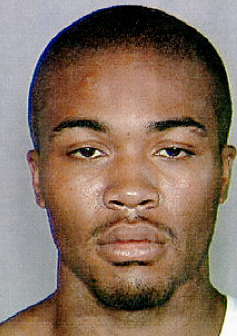 The original post was done on my blog a few years ago by my former business partner and continues to garner a ton of comments. With the Mr. Cee tranny controversy in full swing, it is a fitting interview to re-post. This is the pre-DWTS Wendy Williams of NYC radio frame and her interviews were probably the most controversial stuff ever to hot the airwaves.

END_OF_DOCUMENT_TOKEN_TO_BE_REPLACED

Still one of the most popular posts on this blog after all these years. I added the Vlad interview and reposted the Wendy Williams interview more info below:

END_OF_DOCUMENT_TOKEN_TO_BE_REPLACED

note: There is a heavy Wendy Williams diss here.

First of all shouts to Wendy ,Kevin, and Charlemagne for doing me the big solid and interviewing Nipsey Hussle a few weeks back. Now to the dismay of millions, Wendy has decided to quit her infamous radio show and focus full time on her burgeoning television career.

For months, fans of Wendy Williams have wondered how the boisterous broadcaster would handle the demands of hosting a radio program and a television talk show. Now they have their answer: on Wednesday night, Ms. Williams said that she would leave her daily radio show, “The Wendy Williams Experience,” at the end of the month.

END_OF_DOCUMENT_TOKEN_TO_BE_REPLACED

NEW YORK (AdAge.com) — Is America ready to say, “How you doin’?” to New York-based radio-personality-cum-daytime-talk-show-host Wendy Williams? Debmar-Mercury, media buyers and veteran talk show producers are all betting that “The Wendy Williams Show” will strike a cord with audiences in between coasts when it makes its debut July 13 in national syndication on 20th Century Fox-owned and -operated stations.

The talk show, which will air live at 10 a.m. EST in major markets such as New York, comes with a built-in fan base after a six-week test airing in four cities last July. The show quickly found an audience in New York and Los Angeles, where it posted 333% and 29% ratings gains, respectively, among women 25 to 54 in its time slot after airing against repeats of “The Oprah Winfrey Show.” It will also air on BET during same-day repeats at 11 p.m. EST.

Ms. Williams, 45, comes to TV as a 22-year veteran of radio, where her nationally syndicated “The Wendy Williams Experience” still airs daily on WBLS 107.5 in New York. On the radio, she built a reputation as a female, African-American Howard Stern of sorts, unafraid to perpetuate the latest celebrity rumor, dish candidly about sex or admit to her own plastic surgery. END_OF_DOCUMENT_TOKEN_TO_BE_REPLACED

I’m not saying that in 2009 everyone is going to convert to Islam and change their name but what I am saying is that nine symbolizes the highest level of change. Change is the basis of growth. Growth is the basis of life and if you are not constantly growing then you are dying. I say that all the time because I want people to really grasp that concept of thinking. The energy of change is all around us right now. Do you think it’s a coincidence that Barack Obama’s whole campaign was based on change? Is it just random he is called the “Agent of Change”? Hell no that’s divine. God designed it that way. His administration starts this year and if you voted for him you are part of his government. I voted for the first time ever last year. That alone is the direct reflection of the growth that change delivers but it doesn’t stop there. END_OF_DOCUMENT_TOKEN_TO_BE_REPLACED

Still have not seen a full episode of her show but from what I read she is doing decent and especially well in the NYC area. Here is a recent performance featuring Nas performing his new single

They put two oversized ego’s on one show and they come up with a catastrophe and thats what we tune in for!  Wendy vs. Omarosa, put ’em the Garden and bill it as “The Battle of the Bitches” and you’ll sell out every seat.

If anyone wants to get on the ‘minstrel-show’ that is “The Wendy Williams Show” go [here] for tickets. Apparently the “Queen of Daytime Media” got her most coveted spot at the expense of “The Montel Williams Show.” So, make sure you don’t miss out on the opportunity to be a part of the live studio audience where Wendy’s “how you doing” antics will be on full display.

Wendy Williams, under fire for allegations that her husband sexually harrassed members of her staff, has confirmed that she will be debuting a talk-show on Fox, debuting July 14. Her previous attempt at TV on VH1 didn’t do to well ratings-wise and was canceled but now she has reloaded on the network that Murdoch built. Details remain sketchy, like the show’s running time or what time slot it will occupy but they are saying that Fox has signed on for a six-week run. You can expect interviews with celebrities and low-brow antics that have made the female shock-jock a staple on New York radio. She apparently renewed her contract with WBLS so she won’t be abandoning her radio post anytime soon.

Editor’s Note: All this time and I couldn’t put my finger on it, than presto, I got it! That’s who Wendy reminds me of, she’s the female version of Bill ‘O Reilly. Be scared. Be real scared. 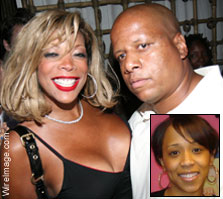 Talk about the height of hypocrisy! Nicole Spence, a former aide to radio/TV personality Wendy Williams is dishing the dirt and saying that Williams husband Kevin Hunter repeatedly beat Wendy and made unwanted sexual advances on the aide. Of course Williams shot down the accusations by replying to the New York Post that “this b*tch is out of her mind.” Spence has formally filed a complaint with the Equal Opportunity Commission on Monday naming both William’s and Inner City Broadcasting, the broadcasting company that owns the station she works for, in the complaint. Spence said the abuse of the tough-talking Williams was perpetrated in front of a viewing audience on more than one occassion. This is one of her accounts:

“In one instance, Mr. Hunter stormed into the studio, demanded that other employees leave and openly physically abused Ms. Williams, pinning her against the wall with his hand around her neck, choking her while repeatedly pounding his fist into the wall directly by her head.”

CLICK HERE for the rest of this BOMBshell story.