Amber Rose is a “queen slut” for shamelessly trying to cash in on her Slut Walk … so says “Love & Hip Hop: Atlanta” star Benzino.

I guess she figured she would post those hashtags and beat everybody to the punch.

END_OF_DOCUMENT_TOKEN_TO_BE_REPLACED

This would be getting really boring if she did not look so good. It is also time for her to stop with the crocodile tears about the media not caring about how this affects her life, cause if she was serious she would have stop taking naked pics long time ago. Seems to me she is auditioning hard for a Playboy cover and spread. Pics courtesy of Mediatakeout. 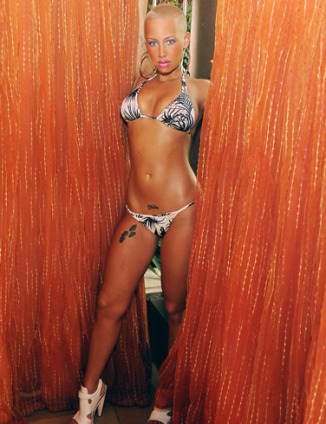 END_OF_DOCUMENT_TOKEN_TO_BE_REPLACED

This is more like it Ross. No more Lex Luger beats.

According to MTV his charges are worse than I thought.

On Tuesday morning (November 9), a spokesperson for the Pitt County Detention Center confirmed to MTV News that Khalifa (born Cameron Thomaz), 22, was booked into the jail at around 1:30 a.m. He posted $300,000 bail and was released from detention at around 8 a.m. ET.

The “Black and Yellow” rapper was charged with a felony count of trafficking in marijuana, a felony count of maintaining a dwelling/vehicle/place for sale or storage of marijuana and one misdemeanor charge of possession of drug paraphernalia. Nine other people were arrested along with Khalifa on the same charges and were still in jail at press time.

When you do an interview saying you spend $10,000 a month on weed expect a visit by the Federal authorities. #DUMBRAPPERSTEACHIN

Wiz Khalifa has been arrested on drug possession following his show at East Carolina University.

END_OF_DOCUMENT_TOKEN_TO_BE_REPLACED

You know I am just getting hip to Wiz though I have know about him for a couple of years now. After his recent XXL Freshmen 2010 cover he has been dropping videos almost every week. Here is his latest ‘Memorized’ off the Kush and Orange mixtape.

Wiz Khalifa – When You Find

Wiz Khalifa will be dropping his highly anticipated new mixtape ‘Burn After Rolling’ this coming Monday 10/2/09 exclusively on www.datpiff.com.  Hosted by Dj Ill Will & Dj Rockstar and brought to you by DatPiff.com & Hotnewhiphop.com.