A few photos have surfaced of the Air Jordan 7 Miró, but little has been known about the shoes. True, this special edition of the Air Jordan 7 is inspired by the colors and the international spirit of the Olympic Games, but the story extends much further beyond just that.

The shoes were inspired by the Spanish painter and sculptor Joan Miró who died only months before Michael Jordan and Team USA won Gold in the ‘84 Games. The Jordan 7 was on the feet of Michael Jordan when the Dream Team took Gold in Miró’s hometown of Barcelona, Spain.

The Air Jordan 7 Miró will release July 3rd at the new Opium store in Barcelona. The shoe will be the focal point of an exclusive event in store starting at 7:30PM for a selected group of invitees. Please take a look at all of the photos provided to us by Opium Barcelona of the shoes, its special packaging, and paired next to one of Miró’s most famous sculptures in Barcelona, Woman and Bird.

We discovered these great pics of Diznee over at Real Talk NY and had to help share them in the blogosphere. This California girl is currently heating up the new video of Day 26, Puffy’s reality show group in their new single “Since You Been Gone”. With a sight on a career past modeling we hope to see her become a successful in all her ventures. And sorry fellas she is taken. Collective ‘sigh’ for millions of men.

END_OF_DOCUMENT_TOKEN_TO_BE_REPLACED

Rapper Nas has broken his tradition of sidestepping brand partnerships and inked a one-year partnership with athletic apparel company Fila, Billboard can reveal.

Fila will offer reciprocal financial support for Nas’ print and TV ad campaign as well as his upcoming tour in support of his untitled album, due July 15 via Def Jam. In return, the MC will wear Fila products and co-create an apparel line that draws from fashions of the late ’80s.

“My best friend Will and I loved Fila,” Nas tells Billboard. “It represented prestige and everything that was cool to us. When Will passed, we buried him in a black Fila sweat suit, so doing a deal with them has a lot of significance for me.”
END_OF_DOCUMENT_TOKEN_TO_BE_REPLACED 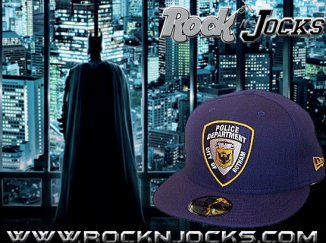 more about "", posted with vodpod

Young Jeezy, the “Thug Motivator” chimes in on the Master Motivator Sen. Obama and his paradigm of ‘Change’

” ‘I know it’s a problem, but how can we work it out?’ ” Young said of what he perceives Obama’s philosophy to be. “Barack, he has a lot of things going for him. He’s ahead of his time. Given the right chance, he’ll make some type of change. We’ll feel it. I really feel that. John McCain is cool, but he looks like a fraud to me.”

Jeezy says he has some issues with how the country is being run, and his take on the ‘hood’s state of affairs will be heard all over his August release, The Recession. He thinks McCain is the wrong person to be the country’s cleanup man, especially since he had a chance to talk to the senator after a taping of “Saturday Night Live,” during which Jeezy performed with Usher.
END_OF_DOCUMENT_TOKEN_TO_BE_REPLACED

This is the acapella that opens up the “Be a Nigger Too” video. The homie continues to take it to their neck..wonder what the critics think now.