M1 and Stic.man [click to read], collectively known as dead prez, have collaborated with DJ Green Lantern [click to read] to create their most recent project Pulse Of The People. The project is just the third album in the independent album series, Turn Off The Radio.

Pulse Of The People features artists such as Styles P [click to read], Chuck D and Bun B. DJ Green Lantern produced the whole album and it will be released off Invasion Music Group/Boss up Inc. label.

“We titled the album Pulse Of The People because we have our ear to the ground. We’re listening to the pulse of the people from the ground up,” dead prez group member M1 stated to HipHopDX at a listening session earlier this week.

Dead prez and DJ Green Lantern linked up after participating in the Rock The Bells tour. The album Pulse Of The People is set to release June 23rd. 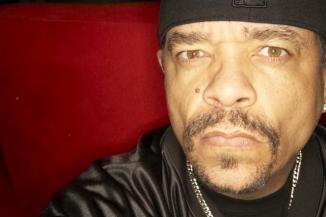 Fed up with the current state of Hip Hop and what he calls “bubblegum Pop” rapper and actor Ice-T has decided to create his own digital label.

According to the New York Daily News, the Law & Order: SVU star will be launching his digital label which will be put out by EMI in the near future.

“I’m starting a digital label through EMI,” Ice-T explained to the Daily News. “I’m trying to get back to more Hip Hop. To me, music right now is like Disco. It’s very sing-songy, and nobody’s dealing with content. That’s what I miss. I miss Tupac and Big. You got Lupe Fiasco [click to read] and T.I. [click to read] now, but in general, we’re swamped with bubblegum Pop.”

Ice-T currently has five artists from different parts of the country signed to his label.

“We’ve got an artist from L.A., a group called Certified from Washington state, Born Twice from Houston, and a Korean kid from New York. I’m playing the whole map,” Ice-T revealed.

In 1987, Ice-T released his first album entitled Rhyme Pays. Since the release of Rhyme Pays, Ice-T has gone on to release upwards 10 albums. In the late ’90s, he had operated a previous label, Coroner Records, where he released his 1999 Seven Deadly Sins album.  He has starred in a number of films including Breakin’ and New Jack City.

Lloyd Banks ft Nipsey- ME AND MY STRAP

Lloyd and Nip spazz all over this track, hope their is more collabos in this vein to come.

We catch up with Nipsey Hussle on the last stop of his tour with the Game. In part 1 of a 2 part interview, the Baroness speaks with Hussle on his Eritrean heritage, learning the production and engineering side of music at age 13, and how he hustled and parlayed that into a clothing store then to music studio. Nipsey Hussle also talks about how the police raided his studio and took his equipment amongst other things. A really indepth interview.

END_OF_DOCUMENT_TOKEN_TO_BE_REPLACED

The images are the concept of the Moto-Terminator, which shows a Terminator bot riding a motorcycle, the Ducati Hypermotard. 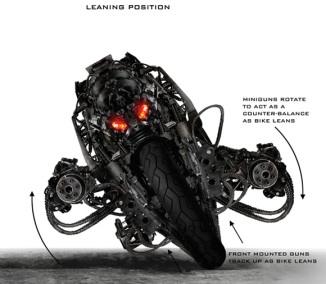 These are never before seen photos of Obama conducting his presidency over his first 100 days in office. All photos were taken by Pete Souza, Obama’s in-house photog and made available via Flickr. Enjoy Part 1. 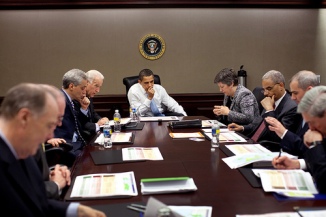 President Barack Obama leaves the Oval Office at night, walking with family dog, “Bo,” on the Colonnade toward the Residence 4/24/09

President Barack Obama plays with a football in the Oval Office 4/23/09.

President Barack Obama and First Lady Michelle Obama are welcomed by school children at the Seed school in Washington DC after signing of the Kennedy Service Act for National Service 4/21/09.

President Barack Obama and First Lady Michelle Obama are welcomed by school children at the Seed school in Washington DC after signing of the Kennedy Service Act for National Service 4/21/09.

President Barack Obama and Senator Ted Kennedy walk on the grounds of the White House, before signing of the Kennedy Service Act at the SEED School in Washington D.C. 4/21/09.

President Barack Obama meets with members of his Cabinet in the Cabinet Room at the White House April 20, 2009

President Barack Obama talks with the Congressional delegation aboard Air Force One April 19, 2009, during the flight from Port of Spain, Trinidad to Andrews AFB ,following the Summit of the Americas. Participants include: Rep. Nydia Velazquez, Sen. Max Baucus. and Rep. Sam Farr, right.

President Barack Obama greets Costa Rica President Oscar Arias during a reception at the Summit of the Americas in Port of Spain, Trinidad on April 17, 2009

President Barack Obama walks the family dog “Bo” on a leash April 14, 2009, through the Private Residence at the White House

President Barack Obama meets in the Situation Room for a briefing April 14, 2009, with Cabinet members and advisors.

This is the Eminem everybody is looking for (Rick Ross you may have just cashed your last check).