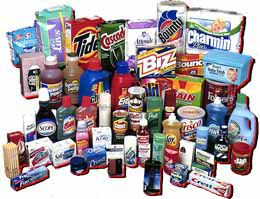 It appears the fallout is being felt after a report was released confirming people’s worst fears, that BET is bombarding youth with explicit imagery. Now Procter & Gamble, one of the networks biggest advertisers has set up a hotline number to gauge whether customers share those sentiments. Apparently advocacy group Enough Is Enough put the press on P&G and now the “people” are expected to play “judge.”

One of the nation’s largest advertisers, Procter & Gamble, is soliciting input from consumers whether it should continue advertising on MTV and BET.

The packaged-goods company is taking calls at an 800 number. Once dialed, callers are advised they have two choice(s) regarding advertising on the two cable networks: press one if they want P&G to make changes in its advertising, or press two to indicate support for continued advertising on the networks. Input will be forwarded to the proper P&G executives, the recording indicates.

P&G is being criticized by Enough is Enough, an advocacy group partnering with the Parents Television Council, which released a report on April 10 asserting that shows on the network are “bombarding” youth with music videos larded with sex, violence and profanity. PTC singles out BET’s Rap City and 106 & Park, and MTV’s Sucker Free for its toughest criticism. The group, in its study, alleges these music video shows depict sex, violence or other profane images on average every 38 seconds.

Enough is Enough was formed last September to fight images on television that objectify women as sex objects, promote stereotypes of minorities as thugs and drug dealers and depict other negative images. The group has also criticized Procter & Gamble, labeling the corporation as hypocritical for promoting a marketing effort called “My Black is Beautiful,” which affirms the inner and outer beauty of African American women while it advertises on the targeted music video shows.

3 thoughts on “Procter & Gamble Is Asking Consumers Should It Pull Advertising From BET?”