With thousands of unheard songs by hip-hop heavyweights Tupac and Snoop Dogg, among others hitting the auction block later this month, fans would think they would have no problem finding buyers, but it seems as if former owner, Suge Knight, is a real turnoff. 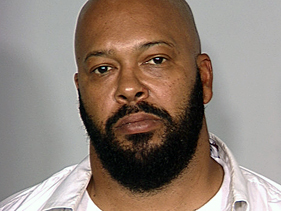 New York’s Daily News reports that Knight’s Death Row Records will be going up for sale on January 15 but the label founder’s shady reputation may make it a tough sell. A source tells the paper that, “Some people don’t want to go near the catalog because they think Suge still believes it’s his.”

The former hip-hop mogul was forced to put the music up for sale after filing for bankruptcy in ’06. Authorities have tried unsuccessfully to put the extensive library on the auction block before, but all the prior deals have fell through. As XXLmag.com previously reported, Suge was accused of hiding a portion of Death Row’s catalog from Global Music Group, an indie that tried to buy the West Coast label last year.

Along with Death Row going up for sale, Knight’s Malibu mansion was auctioned off for $4.5 million just last month. The 8,272 square-feet house was built seven years ago and has 9.5 bathrooms, a pool, a spa and mountain and ocean views. It’s estimated value is over $6.2 million.